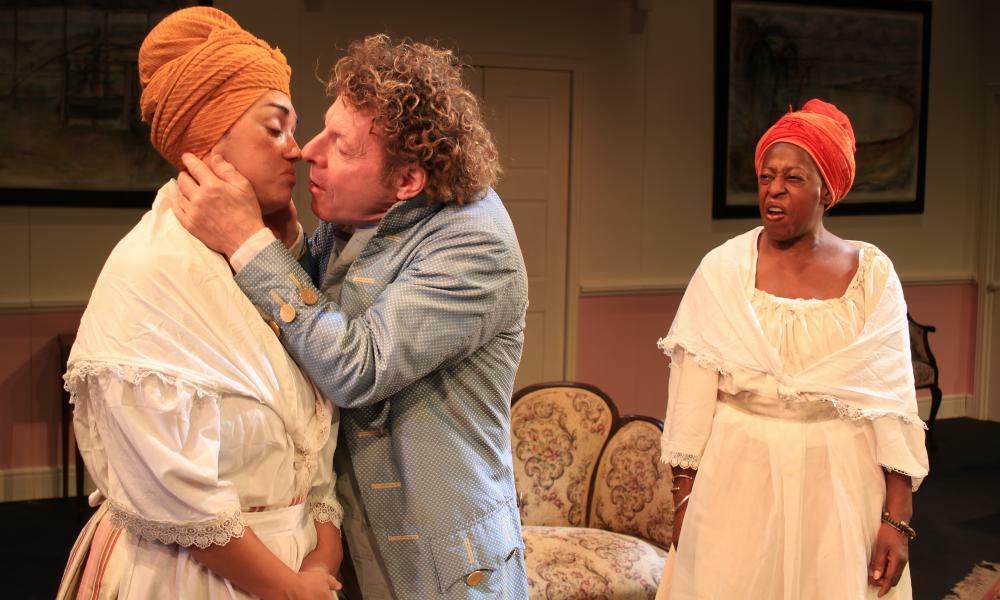 The Jamaican playwright Barry Reckord broke several boundaries in his lifetime. He became, with Flesh to a Tiger in 1958, one of the first Caribbean dramatists to have a production at the Royal Court. You in Your Small Corner, adapted for television in 1962, featured one of the first ever interracial kisses on British TV. Skyvers (1963) became a seminal play of the decade.

So the staging of White Witch, which premiered in Jamaica in 1975 before being reworked in subsequent years, is a welcome move towards reviving a legacy that seems woefully under-explored. Sadly this production, with its confusions in tone and patchy performances, is something of a missed opportunity.

Directed by Joseph Charles (who was also behind a 2017 revival at the Chelsea theatre), the play is plotted around the Jamaican legend of Annie Palmer, a “witch” and murderer born to English and Irish parents in Haiti whose nanny taught her witchcraft and voodoo. An ideas play about different forms of slavery as well as freedom, rebellion, sexuality, witchcraft and medicalised misogyny, its meditative and dramatic moments are drowned out by awkward comedy.

At the heart of the story is Annie’s incendiary, unapologetic desire – she conducts illicit affairs with slaves in her husband’s household – yet none of it feels dangerous or charged. When the plot turns to violence and murder, the tone remains unthreatening.

Played by Georgina Baillie, Annie is a flat character – a cross between a Carry On vixen and Dracula’s bride. Her cruel, sexually voracious slaver-husband, Simon Palmer (Robert Maskell), is a shouty cartoon villain whose accent slips from Caribbean to RP and back again.

The drama takes place in the drawing room of Palmer’s 18th-century Jamaican estate (in a set designed by Francis Johnson) and much of it is played as bedroom farce, with Annie making unconvincing moves on house slaves as well as her husband’s illegitimate son, Cupid (Darien Charles), and characters entering or exiting at speed through various doors. Judith Jacob (of EastEnders fame), playing Cupid’s mother who colludes with Annie, is the strongest actor, along with Natasha Springer as the servant, Chloe.

The stagecraft is unrefined: lights dip and raise abruptly and over-frequently, scenes are too small and undramatic, the distant sounds of slave rebellion around the plantation are too faint, tinny or contrived. The production, as a whole, is admirable for its intention but chaotic in its execution.