Voices from the Arab press: Kuwaiti vs Japanese morals

By THE MEDIA LINE 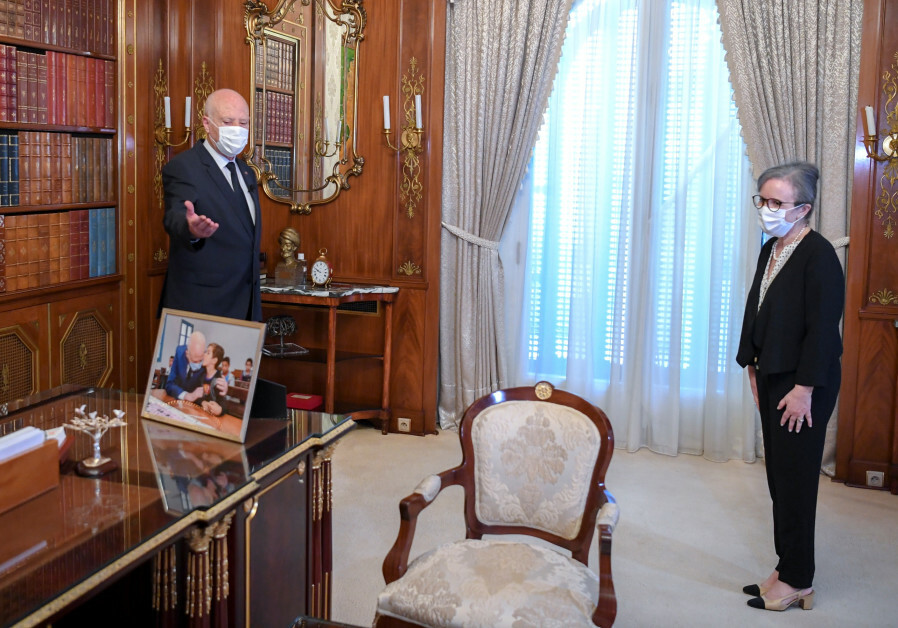 The Kingdom of Saudi Arabia is racing against time in an effort to vigorously modify and update its school curricula, ensuring that they are fit for our day and time. All of this is part of the kingdom’s effort to modernize society and turn it into a leading Western country.

Meanwhile, here in Kuwait, things aren’t moving quite as fast. Our authorities refuse to understand that most problems in society stem from poor education. Education affects everything we do and how we view, and act, in the world.

Why is it that our students aren’t educated about these issues? Why are our youth not taught to respect other people – pedestrians, bike riders, and drivers – on the road? I studied for 16 years, worked, and bought a car, and no one ever told me how to behave on the road, other than teaching me how to drive and the meaning of some traffic signs.

In Japanese schools, how to use public and private transportation is part of students’ core curriculum. Children, even after they grow up, are asked to clean their schools, with the participation of their teachers.

The idea of participating in cleaning, of course, is not limited to teaching students how to do it but is, rather, about creating awareness of the importance of cleanliness and respecting custodians, garbage collectors and home cleaners. It’s about spreading the spirit of humility and shared humanity.

When I was in Japan I saw workers sweeping the gardens of the Emperor’s Palace. It turned out that they were all retired citizens who volunteered for public service instead of sitting at home in front of the television screens. The concept of public service accompanies Japanese children as they grow older, even at their latest stages of life.

I sat on a Tokyo train in a reserved spot, turning on my phone after putting on the earbuds. The inspector came up to me and politely asked me to move to another cart, and excused me from the heavy fine, all because I was in a place where the use of a mobile phone was prohibited, even if the device is on silent mode.

Showing up to a meeting late is considered one of the strongest offenses. Meetings start on time, trains leave on time, and people are expected to be respectful of each other.

Perhaps there is a thing or two we can learn from Japanese culture and apply it to our own society.

The appointment drew a lot of attention. Most political forces in Tunisia welcomed the appointment, including Saïed’s political opponents. According to one poll, no less than 67% of Tunisian respondents indicated that they were “satisfied” with the appointment of Bouden.

The historical symbolism of the appointment is, in some ways, stronger than its practical impact on life in Tunisia. Even though the markets responded positively to the appointment, Bouden is far from the person who will be able to solve her country’s current financial crisis.

Bouden’s appointment is a confirmation of the tradition of equal rights between men and women in Tunisia. It keeps up with the reformist legacy and progressive traditions established by Habib Bourguiba, the country’s first president.

The appointment stirred up the popular imagination, as some compared Najla Bouden to Angela Merkel, the outgoing German chancellor. Despite the fact that the two have nothing to do with each other, the comparison reflected hope for better days for Tunisia.

Positive attitudes toward the appointment were not surprising. There has always been an initial willingness among the majority of Tunisians to accept the ascension of a woman to the presidency of the republic or the head of the government.

However, the positions expressed by Tunisians were not without some reservations, especially among those active on social media platforms, which showed a misplaced interest in Bouden’s external appearance, an interest that is rarely shown when it comes to male politicians. Still, there were more serious reservations, including the criticism expressed by some female political figures around the fact that Bouden’s role was given limited power compared to the power held by previous prime ministers – implying that she wouldn’t, ultimately, be sharing power with Saïed.

Therefore, the challenge at hand will be far from simple for the new Tunisian government. Bouden will become Tunisia’s 10th prime minister in a period of 10 years. She will need to introduce more stability into the political system. It will likely be difficult for the new prime minister to find time to devise and implement far-reaching reforms. Bouden will have little to no time to learn the ropes of her new job. She’ll have to deal with urgent economic issues and achieve the necessary understandings with the most prominent social party, the Labor Union, and with the most important donors abroad, including the International Monetary Fund.

The road ahead will not be strewn with roses, but the obstacles that Bouden will encounter in carrying out her duties may also be factors that work to her advantage. While some see that the lack of previous ministerial or political responsibilities may constitute an obstacle to the effectiveness of Bouden’s work, others believe that this will make her much more popular and accepted by all political forces, regardless of affiliation. Today, her record is still a blank page on which she will draw whatever promises and statements she wants, even if logic calls her not to make promises that exceed her ability to implement.

The final judgment will be based on the results that Bouden will achieve in terms of confronting the crises that she inherited from her predecessors, especially the economic and social crisis that previous governments failed to alleviate.

AN ONGOING CRISIS BETWEEN ALGERIA AND FRANCE

There are many words that can be used to describe Algerian-French relations, but perhaps the ones most applicable today are “tension” and “crisis.”

The manifestations of this crisis are abundant. They include statements by President Emmanuel Macron about the fact that an Algerian nation didn’t exist before French colonialism, and the Algerian response to recall its ambassador from Paris and ban all French military flights in Algerian airspace. In a meeting with a group of Algerian expats residing in France, the descendants of the “Harkis” who cooperated with the French occupation, Macron remarked that the “building of Algeria as a nation is a phenomenon worth studying” and then proceeded to rhetorically ask: “Was there an Algerian nation before French colonization? That is the question.”

Another crisis between the two countries erupted following Algeria’s refusal to receive 8,000 Algerian citizens whom France sought to deport. The Algerian Consulate in Paris refused to issue travel documents to these men and women until each request was examined on an individual basis. The French government responded by reducing the visa quota allocated to Algerians, especially those linked to the government.

In this context, there is a major state of anger that appears in the Algerian media, in the official statements of Algerian institutions, and in the tweets of ordinary Algerian citizens.

One can’t help but see that what is happening between Algeria and France is inseparable from the severing of relations between Algeria and neighboring Morocco, which embraced its ties with Israel and turned its back to the Palestinian issue. This was explicitly evident in a statement made by Algerian Chief of Staff Saïd Chengriha, who accused both Morocco and Israel of backing separatist movements in Algeria.

The Algerian people view their history with French colonialism as a legitimate national struggle for freedom and independence, in which they paid a heavy price of nearly six million deaths and massive collective suffering as a result of the French policies of looting, torture and imprisonment. There is a growing demand for explicit French recognition of this historical and humanitarian responsibility.

However, France, as expressed by Macron, aspires to close this thorny file through some symbolic moves and to rewrite history in a way that limits France’s historical responsibility for the massive injustices that Algerians have been subjected to over the years. But history should be written by professional and fair historians of facts, not by partisan politicians who may be ravaged by whims and their personal interests.

What happened last Monday, when Facebook, WhatsApp and Instagram services were disrupted for several hours should have been a big and glaring alarm bell that rang in our ears.

It is no longer a secret that the tech giant Facebook, together with its counterparts Twitter and Google, have assumed a role of global dominance. They have reached every corner of the world and molded millions of people into addicted users who rely on their products. They wield unfathomable power. They can cancel the accounts of heads of state, delete entire countries from the face of the virtual globe, and manipulate people’s data however they please – all with zero accountability.

But there are bright moments of resistance to this dangerous situation. One of those moments is the testimony given in Congress last week by the whistleblower Frances Haugen, who worked as a data scientist for Facebook. In her testimony, Haugen revealed how Facebook stole information from governments, how it misled the public about many topics, and how it uses a battery of lawyers to hide what it’s doing. She especially warned against the enormous harm caused to teenagers and children by Facebook and Instagram.

Sen. Richard Blumenthal (D-Connecticut) also launched an attack on Facebook, saying that technology companies must face accountability for this disaster.

Unfortunately, too many governments, companies, and public officials rely on WhatsApp and Twitter to communicate with the public. Politicians have become obsessed with views, comments, retweets, and likes – as if those are the only metric for their success. In doing so, they neglected other solutions, including, for example, investing in the creation of special platforms, or reinventing old platforms, such as newspapers and satellite TV.

There are many solutions out there, but the question is: Are we ready to pursue them? Or do we need a slap in the face from Facebook to wake us up from our apathy?