Russian forces are being pushed back to the east and north but the front line remains fluid, with the fight shifting from village to village, day by day. FRANCE 24 reporters Nadia Massih, Bastien Renouil and Raid Abu Zaideh spoke to some of the civilians who remained in Dokuchaievske, Kharkiv Oblast, during the Russian occupation.

Russian troops have moved on from this village, but an unexploded cluster bomb remains as evidence of the battles fought here. It is a weapon widely banned around the world.

Although the fighting in Dokuchaievske was fierce, dozens of civilians from villages further south have taken refuge here.

"It feels like there is a weight on my chest. We want to go back. How could we want anything else?" asks Tanya. "We are hiding here. But we can’t stay here forever. And where will we go next?"

Slava, an entrepreneur, turned to aiding deliveries during the war, risking shelling to bring food to those trapped for weeks underground.

His own home was laid to waste by Russian occupiers. Signs of their time here are scattered around what was once his family’s front garden.

Opposite Slava’s house there is now a shallow grave, where a soldier from Russia’s Siberia region was buried by Ukrainian locals and now lies in rest, some 4,000 kilometres from home.

Click on the video player below to watch the full report. 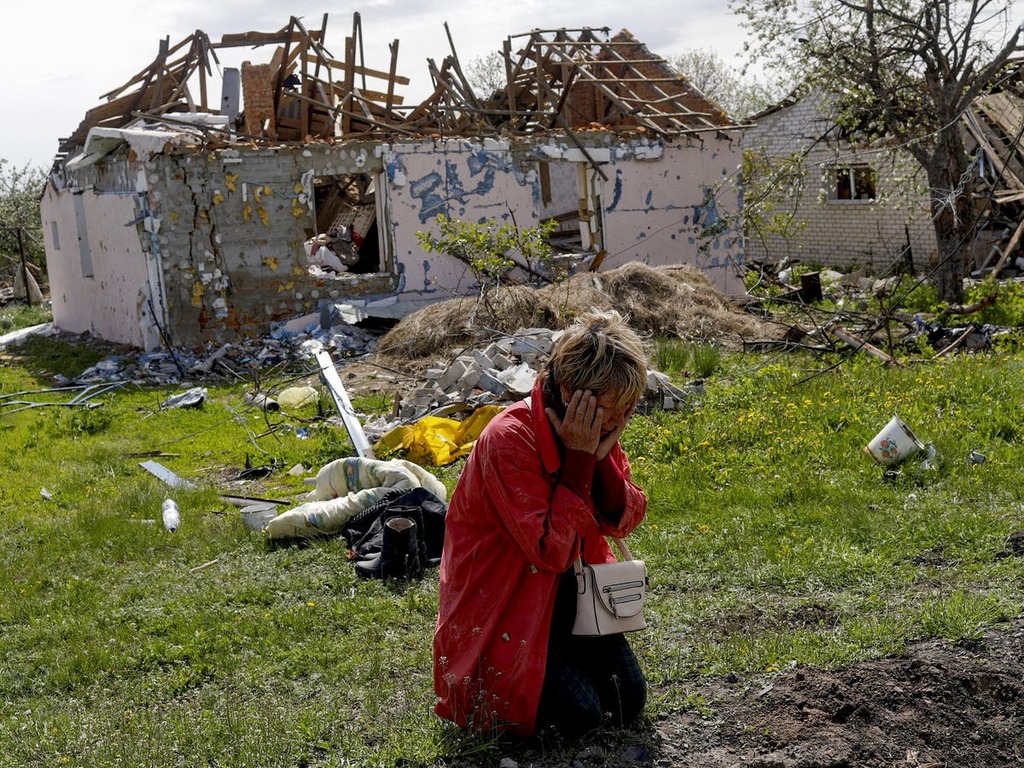 ‘Things are still not safe’: Locals fear returning to scarred villages of Kharkiv despite Russian retreat
Though Russian forces have been pushed back from Kharkiv, families who fled their villages under threat of rape and death…

Kyiv (Ukraine) (AFP) - After combing the forests and meadows west of Kyiv, a special Ukrainian unit finally found what…