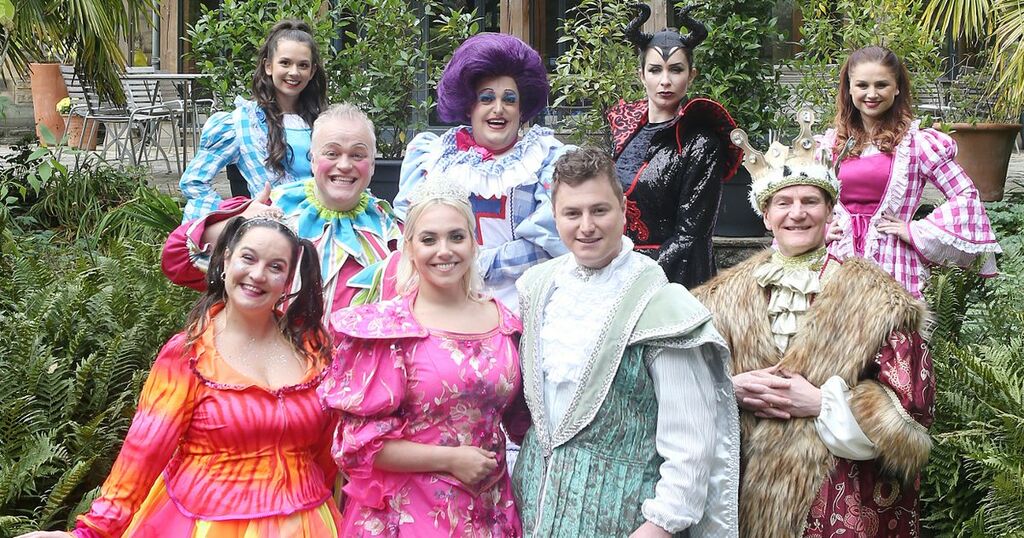 There were a few surprised looks when some popular pantomime characters stopped off around the city on Wednesday.

Sleeping Beauty and her Prince were out and about in Newcastle to offer a taste of what to expect from this year's pantomime at the Tyne Theatre & Opera House.

The cast, in colourful elaborate costumes, started off their panto preview at the theatre in Westgate Road, where they will be taking to the stage in December for the festive treat, then they made appearances at various locations around the city, including at Jesmond Dene House hotel.

Among the eye-catching characters was 24-year-old Laura Baxter, from Sunderland, who won the role of Sleeping Beauty during auditions at the theatre to find the star of the show.

Hundreds of hopefuls had applied for a chance to star in the panto, being produced by Enchanted Entertainment, and she won the role which will see her appear alongside Collabro singer Matt Pagan, as the Prince, in the show based on the classic fairytale.

And adding the laughs will be Geordie comics Charlie Richmond and and Lewis Denny, as the Jester and the Dame - and apparently pranks are already becoming a regular feature as rehearsals get underway.

Producer Guy Pascall said it is an "amazing opportunity" for Laura to take a lead in a professional show and added: “Laura was extremely professional and fits the part of Sleeping Beauty perfectly."

At the panto photo call, she and Matt told how excited they are to be in the show, with Laura saying "I can't wait."

The pantomime, which will also include some 3D effects for the first time, will open on December 3 and run until January 3 and there will be a whopping 54 performances in all, making up for the fact Covid prevented families enjoying any festive fun last year.

Matt said: "It's been a long time coming and we're excited to get back on stage."

Tickets are already on sale and organisers say they are selling fast. To book see here.