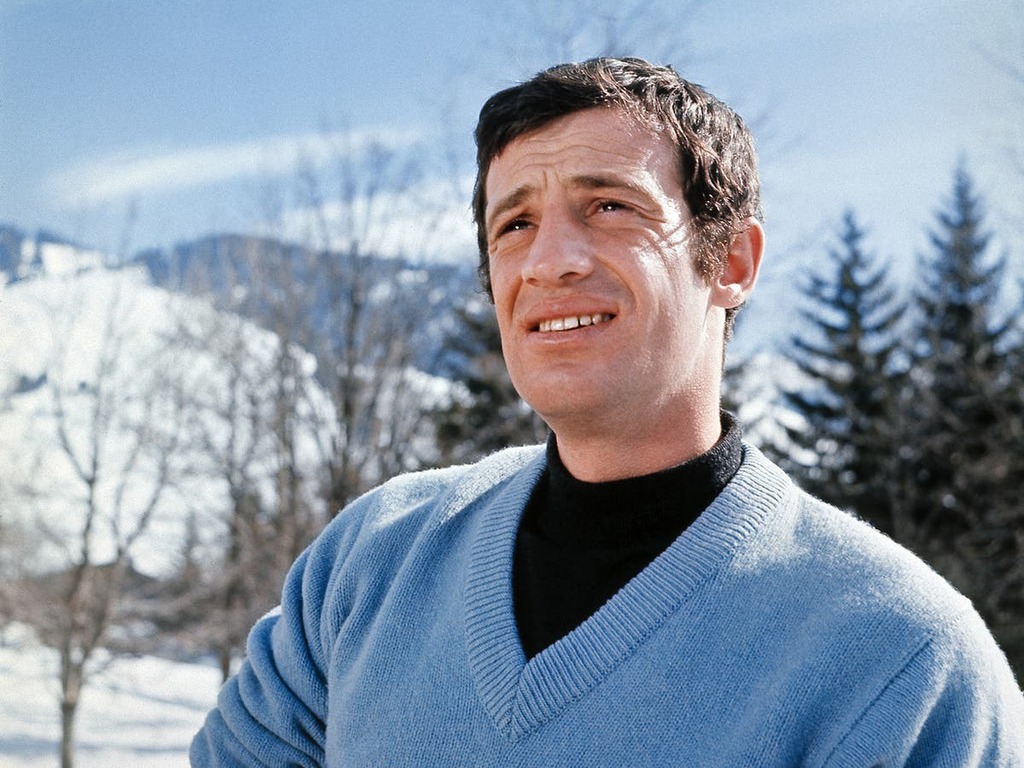 Jean-Paul Belmondo, who has died aged 88, will always be remembered as the anti-hero of the best-known film of the French New Wave, Jean-Luc Godard’s Breathless (l960). His career from then on developed into a long and complex one. As well as featuring in other New Wave films, he became one of the pillars of the French mainstream cinema of the 1960s and 1970s, and made over 80 films altogether. He triumphantly returned to the stage in the 1980s and has played a powerful role as a film producer since the early 1970s.

Belmondo was born in 1933 in an artistic milieu, in a family of Italian origin (his father Paul Belmondo was a well-known sculptor; his brother Alain is a film producer and his son Paul an actor who appears briefly with him in 1995 in Les Miserables du XXe Siecle). An amateur boxer and sports enthusiast (including horse racing and football), Belmondo cultivated from early on a popular “tough guy” image. He was, however, classically trained for the stage at the Paris Conservatoire d’Art Dramatique from 1953 to 1956.

An often-told anecdote about his graduation recounts that as he was awarded, against expectations, two humiliatingly minor prizes in comedy, his fellow students carried him triumphantly on stage while he gestured rudely to the jury. The anecdote heralded the future Belmondo star persona as a talented, anti-authoritarian prankster. After a few parts with a small stage company, he began to appear in contemporary films such as Marcel Carne’s Les Tricheurs (1958).

It took Jean-Luc Godard, who called him “the Michel Simon and Jules Berry of tomorrow” to give him the lead in his short Charlotte et son Jules (1958), dubbing the part with his own voice when Belmondo left Paris to do his military service. Godard then cast him as small-time hoodlum Michel Poiccard in the epoch-making A Bout de Souffle. Emerging from behind a newspaper in the first images of the film, Belmondo, with his engagingly lived-in face, dangling Gauloise and casually insolent delivery, was to epitomise a new generation of anarchic, but stylishly cool, Parisian heroes.

His talent was to combine French naturalistic performance with the gestures of American film noir heroes such as those played by Bogart, whom he imitates in A Bout de Souffle. Like Bogart, he also became a romantic hero despite unconventional features. His face was indeed much commented upon: he was dubbed “Il Brutto” in Italy, and the director Rene Clair said, “he is very good ... But he has such an ugly face! He’ll never be able to be a film star”. He nevertheless featured on the cover of Life Magazine as “The French Lover”. Much later, in 1999, he was one of only three French actors featured in Vanity Fair’s 1999 round-up of world stars as “The Idol”.

With parts in Chabrol’s A Double Tour (1958), Godard’s Une Femme est Une Femme (1961) and Pierrot le Fou (1965), Peter Brook and Marguerite Duras’ Moderato Cantabile (1960, co-starring Jeanne Moreau) and Jean-Pierre Melville’s Leon Morin, Priest (1961), it looked at one point like Belmondo might become a key star of French art cinema. Conversely, he could have followed in the footsteps of the great Jean Gabin, to whom he was often compared at the time, and with whom he starred in the memorably misogynist A Monkey in Winter (l962).

However, like that of his contemporary Alain Delon, his career had already taken a different turn. With the swashbuckler Cartouche (1962) and the adventure comedy That Man from Rio (1964) – both enormously successful – a different, more truly popular hero emerged. “Bebel”, as he became affectionately known to his French fans, developed as the muscular seducer, embroiled in improbable international adventures, solved by escalating physical feats and a smile. His was a very physical type of performance, and he famously did his own stunts. If Delon evoked a Clint Eastwood-type minimalist machismo, Belmondo looked more towards the James Bond tongue-in-cheek virility.

The thriller remained his preferred habitat (veering easily from cop to gangster), from the brilliantly stylised Le Doulos (1963), directed by Jean-Pierre Melville, to populist epic policiers, such as Borsalino (1970). The latter co-starred Alain Delon, with whom he notoriously clashed over poster credits, although they were better friends than generally reported. Both worked in different registers and their trajectories were parallel rather than rival ones. There were many other thrillers, including The Night Caller (1975) and Cop or Hood (1979). As well as injecting his policiers with humour, Belmondo also appeared in many comedies such as Happy Easter (1984, with Sophie Marceau).

Belmondo’s post-New Wave career has often been severely criticised, for being “too commercial”, for building up aggressive and in some ways reactionary types of masculine heroes, and for what was considered a waste of his considerable talent. Nevertheless, apart from the fact that his performances were always interesting, he was one of the key players in the French cinema’s ability to stand up to Hollywood.

Belmondo helped French cinema in other ways too. While making his box-office hits, he occasionally dipped back into auteur films, such as Francois Truffaut’s The Mississippi Mermaid (1969) and Alain Resnais’ Stavisky (1974), in which he played the eponymous 1930s swindler and which he also produced. Chabrol’s Docteur Popaul (1972) was his first film as producer; he founded and was president of Annabel Productions. He later helped young directors, such as Claire Denis with her first feature Chocolat (1988).

The l980s saw his return to the stage, as director of the Theatre des Varietes from 1981, and in starring roles in high profile productions such as Kean (1987), Cyrano de Bergerac (1990) and Frederick ou le Boulevard du Crime (1999). Despite the decline in the popularity of his films in the 1980s, he remained one of the great populist French male heroes on screen and stage, able to inject vitality and a sense of realism into larger-than-life or comic-book characters. It was thus fitting that he should play the hero of Claude Lelouch’s 1995 adaptation of Victor Hugo’s classic Les Miserables, as Hugo’s Jean Valjean, but also as two latter-day incarnations.

Belmondo loved the novelty and exhilaration of the New Wave cinema and importantly contributed to its success, commenting: “I used to find the cinema very boring. With Godard, I had the revelation of total freedom.” But he was equally appreciative of the popular genre cinema. Declining offers to go to Hollywood, he supported the work of directors such as Henri Verneuil, with whom he made eight films (including A Monkey in Winter, and Greed in the Sun).

As he astutely put it, “It is with the popularity I acquired with [box-office hits] that I could play Kean and Cyrano. If I had not made films with Verneuil, Pierrot le Fou would not have happened, and Stavisky or Mississippi Mermaid would not exist!”. Belmondo received many awards, including a Cesar for Best Actor for Claude Lelouch’s 1988 Itinerary of a Spoiled Child, an epic closely based on the star’s ebullient character.

Belmondo’s later films – Half a Chance (1998), a spoof thriller in which he was reunited with Delon, Cedric Klapisch’s futuristic Peut-etre (1999), Bertrand Blier’s hommage to actors, Les Acteurs (1999) and Philippe de Broca’s Amazone (2000) – did not do great business. But they all were, in different ways, tributes to, and reflections on his earlier film glory.

The same goes for his recent (and much more successful) stage career. As I watched him in the lead role of Feydeau’s farce La Puce a L’oreille in October 1996 at the Theatre des Varietes, I was not the only person to applaud, in his brilliant performance, the aura of the film star. And what an aura. From the art films of Godard and Melville to popular comedies, Belmondo was a true hero and one of the world-class stars of post-war French cinema.