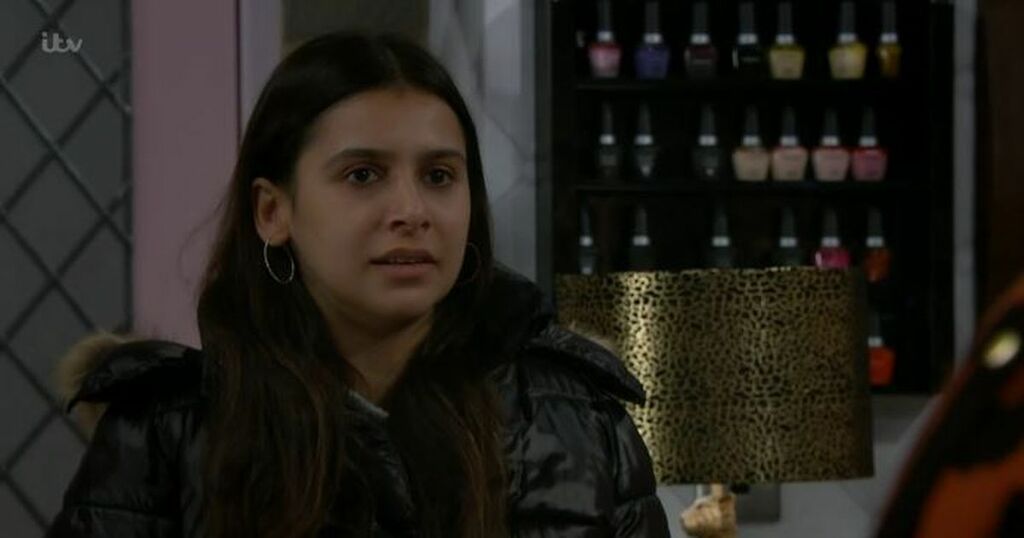 The long-running soap's resident villain has been causing havoc in the Yorkshire village since she killed Leanna Cavanagh last summer.

She has since claimed the lives of Andrea Tate and Ben Tucker - and also murdered her friend Nadine before she moved to the Yorkshire Dales.

Viewers think she will soon get her comeuppance on the show as her web of lies continued to unravel on Monday's edition.

Her sister Manpreet Sharma and Vinny Dingle now know the extent of her murderous ways. - and Liam Cavanagh is beginning to get suspicious after he discovered she is lying about her miscarriage.

However, the character played by Paige Sandhu continues her attempts to evade justice as she kept Manpreet and Vinny hostage in a barn on the latest edition.

Meena showed off a new look when she stole Vinny's glasses as she taunted him during the hostage scenes at the start of the episode.

Fans following the show on Twitter erupted in hysterics at Meena's glasses transformation.

Dion posted: "Meena with his glasses on"

Sal tweeted: "Meena wearing Vinny’s glasses. It’s the small touches with her that send me completely"