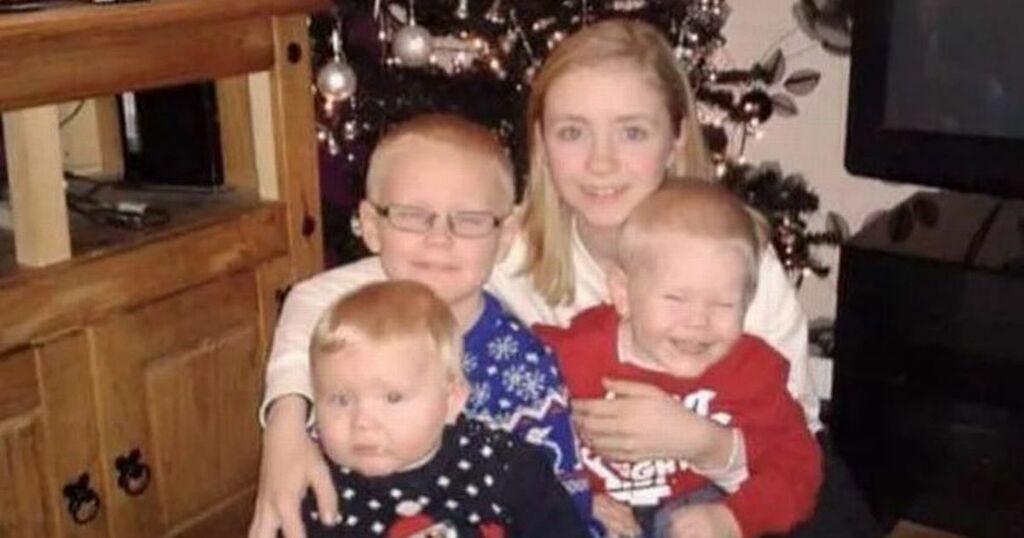 There was fresh heartbreak for four children who suffered the devastating loss of both their parents just months apart.

Then their grief-stricken mum Helen, 40, died suddenly on New Year's Eve, leaving four children facing the loss of both their parents in less than a year, BelfastLive reports.

Now a kind man from Co Antrim, Northern Ireland is hoping for a brighter future for the kids of his "best mate".

Jonathan Agnew has launched a fundraising appeal on GoFundMe to ensure Erin, Darren, Riley and Robbie have "at least one positive thing happen".

Jonathan said: "I was Darren's best mate for nearly 30 years. Three years ago he was given between three and six months to live. He fought on for a year before his death on May 11, 2021.

"Darren was always a big outgoing fella but he went blind at the end and couldn't walk so it was a rough time.

"He accepted his illness and realised that nothing could be done so he just got on with it."

He added: "Unfortunately his wife Helen never recovered and she died on December 31."

He described Darren as being full of life, saying this holiday season was already looking dimmer without him. His birthday was also coming up in January.

Jonathan added: "The couple leave behind their four devastated children and a terrible mess. We have been trying to arrange to have the children looked after, which has now been sorted.

"Darren's stepdaughter Erin has been left to look after them along her with dad, Ciaran who has moved into the family home to help her with the three boys.

"Riley and Robbie also have learning difficulties so they don't fully understand what has happened."

Jonathan set up his fundraiser last week and he has already raised more than £7,000.

Jonathan added: "The response to date has been fantastic and the family has been overwhelmed so thanks to everyone who has donated so far.

"I do understand how hard things are for everyone at the minute and especially with Christmas just past but any donation will be greatly appreciated. It will hopefully go some way towards adding a little happiness to a grieving family."

He wrote on the page: "Any funds raised will go to help the family with the cost of everyday things such as food, clothes, gas and electricity. If enough is raised hopefully we can get the kids a day out somewhere.

I do understand how hard things are for everyone at the minute and Christmas just past but any donation will be greatly appreciated and will hopefully go some way towards adding a little happiness to a grieving family."

Donations can be made via the GoFundMe page.