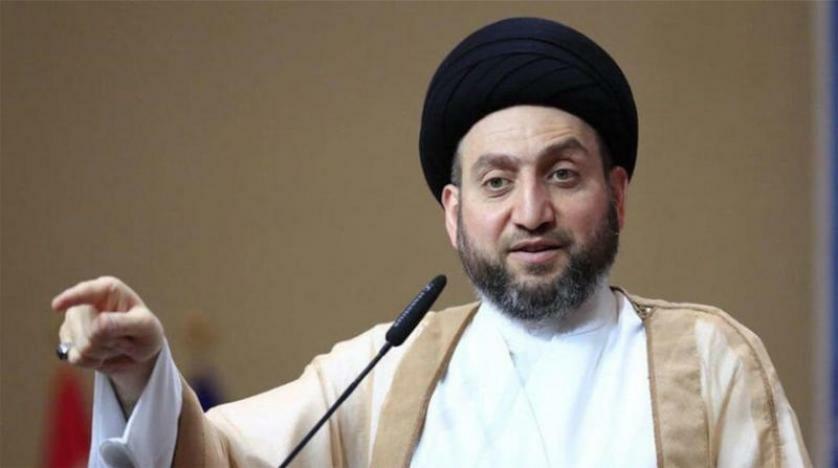 None of the three prominent Shiite blocs in Iraq (the Sadrist Movement, the Fatah Alliance, and the State of Law Coalition) wants to give up winning the most seats in parliament and having a chance to form Levantine country’s upcoming government.

Ammar al-Hakim’s National State Forces bloc is the only party that did not announce competing for the position of the “first winner.” In his first interview in years, al-Hakim stated that his party would shock everyone with a “surprise.”

Over the last few days, al-Hakim gave two interviews with two of the most-watched channels in Iraq, which are “al-Arabiya al-Hadath” and “al-Sharqiyah.”

In addition to the surprise that al-Hakim promised to detonate on Sunday when 25 million Iraqis go to elect 329 deputies out of 3,242 candidates, he said: “We do not want a privileged prime minister.”

What al-Hakim meant by “privileged” is a prime minister who politically can’t stand and walk on his own.

Opinion polls, which are usually unreliable due to the incompetence suffered by most Iraqi institutions conducting such surveys, have crossed all expectations.

While the three main Shiite blocs still insist that they will choose the next prime minister, both Sunni Arabs, and the Kurds, despite their internal conflicts, are awaiting the results of the elections to determine how they would draw up their alliances.

Apart from the prime minister’s seat, there are still the parliament speaker and president seats to be filled. Heated internal conflict within Sunni and Kurdish parties have forced the involvement of whichever Shiite bloc wins most votes in launching negotiations for choosing Iraq’s next president and parliament speaker.

For the last four rounds of legislative elections, the posts of president and speaker of parliament have been exclusively filled by an Iraqi Kurd and a Sunni, respectively. Even though that has been the case so far, matters could change this time around.

Opponents of the leader of the largest Sunni bloc and the speaker of the dissolved parliament, Mohamed al-Halbousi, believe that his chance to lead parliament for a second term has diminished due to a strong competitor emerging in the Sunni arena.

Many believe that the leader of the Azm Alliance, Khamis al-Khanjar, would be the next speaker of parliament because of his well-built relationship with Shiite blocs.

While al-Khanjar refrained from making any announcements regarding his prospects for becoming parliament speaker, al-Halbousi believes that his party has made enough progress to surface as the number one winner in western Sunni governorates.

For al-Halbousi, his party deserves to pick the country’s next president. Time and time again, he had declared his opposition to Kurds monopolizing the post, arguing that most of Iraq’s population is not Kurdish but Arab.

However, Kurdish forces in Iraq have repeatedly issued statements that they will not give up the country’s presidency.