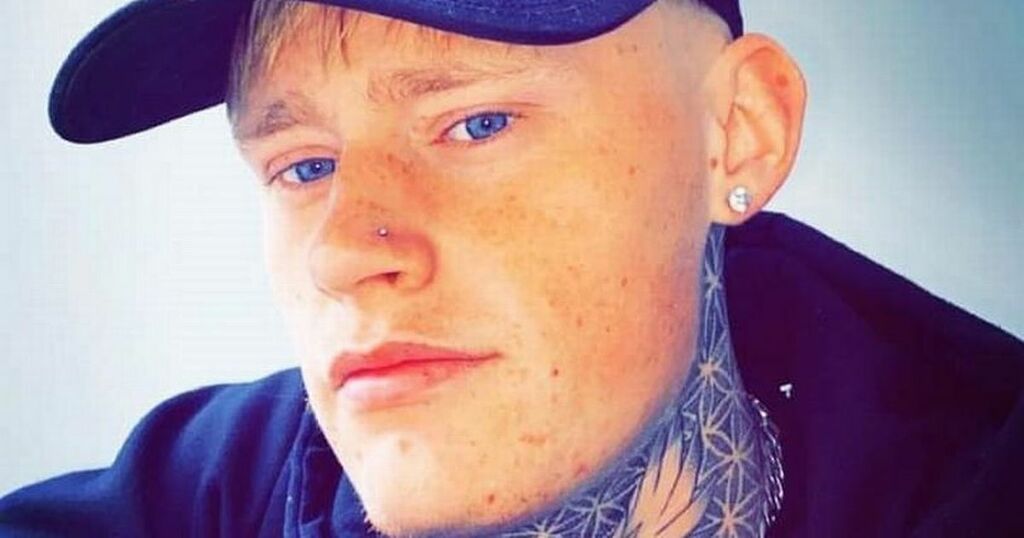 A struggling ex-soldier who was "skint" and homeless made a desperate plea via Facebook for work - and was contacted by a shady drug dealer offering him easy cash.

River Morfitt, 22, made the "ridiculous decision" to do a single day's work selling heroin on the streets for a "quick" £120.

However, he fell victim during those mere few hours to an undercover police officer working on the drug-busting project Operation Doon.

Hull Live reports that it later "dawned on him what he was doing" and he decided that he had "had enough" of sitting inside and waiting in a disused care home for heroin orders.

He walked free from Hull Crown Court after he had managed to turn his life around, found a job and a judge decided that he had "everything to live for and much to offer".

He later thanked the judge for the chance and promised to "rectify" his serious "mistake".

Dale Brook, prosecuting, said that Morfitt handed over a wrap of heroin, with a street value of £20, to the undercover investigator in the Nornabell Street area of Hull.

Morfitt even gave his name as "River" and boasted to the buyer: "The gear is really good".

He claimed his "mates" took the heroin but this might have been just good sales patter, the court heard.

Morfitt was only involved in drug dealing on that one day, unlike many others, said Mr Brook.

Steven Garth, mitigating, said that Morfitt was unemployed at the time, had rent arrears and his two-year-old son needed some new clothes.

"He made it known over social media that he was hard-up and looking for an opportunity to earn some money," said Mr Garth.

"He was contacted by an individual called Jimmy and stupidly agreed to meet Jimmy who told him he could earn £120 over the course of a day.

"It transpired that the work was to sell drugs for Jimmy. The agreement was that it was just going to be for one day."

Morfitt was "naive" about drugs and was sent by Jimmy to a disused care home where he was told to sit inside at a seat and wait for orders.

He sat there from 11.30am to 3pm, occasionally leaving to hand over drugs.

"He was beginning to regret his involvement as it dawned on him what he was doing," said Mr Garth.

"He decided, frankly, that he had had enough. He decided to stop selling and leave the disused building."

He kept £80 as his wages but left the unsold drugs and the remaining cash.

"He sent Jimmy a message by mobile phone saying that he had finished work and wasn't prepared to do any more selling and that he had left the cash and the unsold wraps," added Mr Garth.

"He told Jimmy that he wanted nothing more to do with him.

"He now deeply regrets what he did and realises that it was a very foolish way to try to earn some quick money.

"It was his bad luck, but perhaps not society's, that one of the sales was to a law enforcement officer.

"He hasn't been in any trouble since. He is adamant that he will never trouble the courts again."

Morfitt had found work as a machine operator, working 10-hour days four days a week, at a factory.

He had no previous convictions.

Morfitt told the court: "I will never do this again ever in my life."

Judge Mark Bury told Morfitt: "You made this ridiculous decision to supply drugs but you came to your senses.

"Before this incident, you had no association with illicit drugs. You had been in the army and you were doing well in it.

"For personal reasons, you decided to leave the army, a decision which, I think, you now regret.

"In February, you were homeless and had no money and, on Facebook, you advertised that.

"You were contacted by someone who offered you £120 for a day's work. You jumped at that opportunity.

"During the day, you decided that this was really not what you should be doing and you voluntarily gave up the work."

Morfitt was "fit and healthy" and now had the offer of a good job, making use of his army skills. He could be a "positive role model" for his young son.

"You have got everything to live for and much to offer," said Judge Bury.

"Make sure that this is the last time you are ever in court for anything."

Morfitt was given an 18-month suspended prison sentence.

After the hearing, Morfitt said: "I am grateful to the judge. He doesn't let many people go.

"He has given me an opportunity to better my life. I have turned my life around.

"It was a mistake that I intend to rectify."