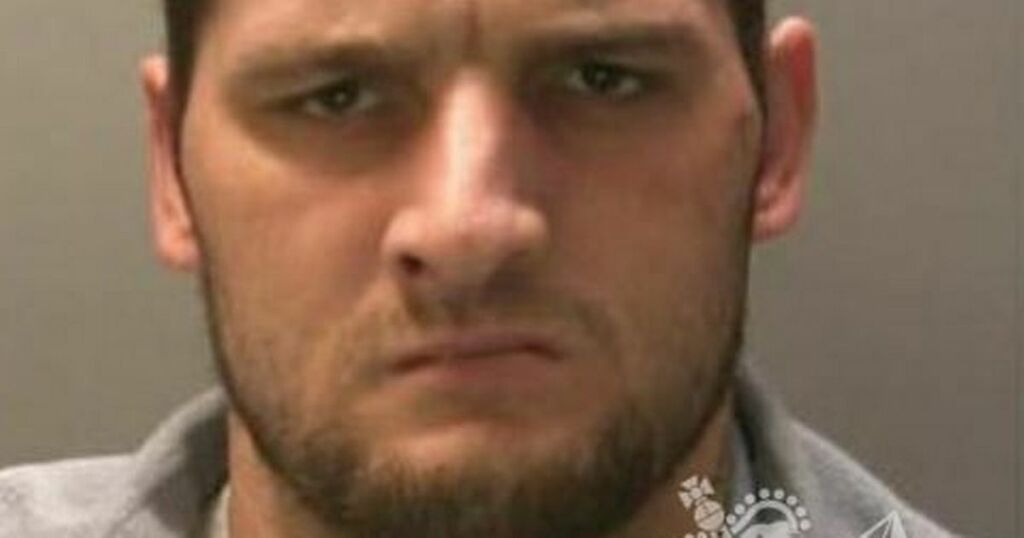 A robber threatened to "cut up" an elderly man with scissors after barging his way into his victim's home in order to steal items to fund his drug habit.

Marcus Ball, 34, and an unknown man targeted the home of Ray Morgan in Newport on January 19 and threatened to stab him. One of the men also took a carving knife from his kitchen before they both ransacked and smashed the house up.

As a parting shot one of the men put his face up close to Mr Morgan and said: "You don't know me do you? Don't go telling the police or I'll cut you up."

A sentencing hearing at Cardiff Crown Court on Friday heard Mr Morgan was sitting down to tea at his home in the Broadmead Park area of the city when he heard a knock at the door around 7.40pm.

Prosecutor Andrew Kendall said when the victim opened the door he saw man who claimed he was there to see his grandmother but, as Mr Morgan opened the door, the man kicked it open and pushed him all the way back to the kitchen.

A second man entered the property and Mr Morgan was sat down while the first man held a pair of scissors "like a knuckleduster" and used it to jab towards the victim's face.

The men then asked Mr Morgan "where the gold was" and spent the next 20 minutes grabbing various items and trashing the house before leaving.

Among the items were taken were a camera, envelopes, money boxes, a gold pocket watch, small gold tins, a Stanley knife, and an iPhone.

The police were called and Ball, of George Street, Pontypool, was arrested the following morning. He later identified as one of the men by Mr Morgan. He was found in possession of a number of items that had been taken from the house as well as the scissors.

Check out the latest crime figures in your area using this tool:

The defendant later pleaded guilty to aggravated burglary. The court also heard he had previous convictions for numerous burglaries and robberies.

In a victim personal statement Mr Morgan said the incident had a "profound impact on his life" and he had moved to Bristol with his daughter after feeling unsafe in his own home.

Mr Kendall added: "[Mr Morgan] constantly feels on edge and when he hears noises at night he becomes worried and paranoid. He feels he has to start again in setting up a new home and making new friends."

Rosamund Rutter, for father-of-two Ball, said her client had been "blighted with drug addiction" to crack cocaine and heroin and had offended in order to fund that addiction.

Sentencing, Recorder Caroline Rees QC said: "That must have been absolutely terrifying incident for Mr Morgan who was at home, sat down, and about to have his dinner when this hell was unleashed."

Ball was sentenced to nine years imprisonment and will serve two-thirds of the sentence before being released on licence.