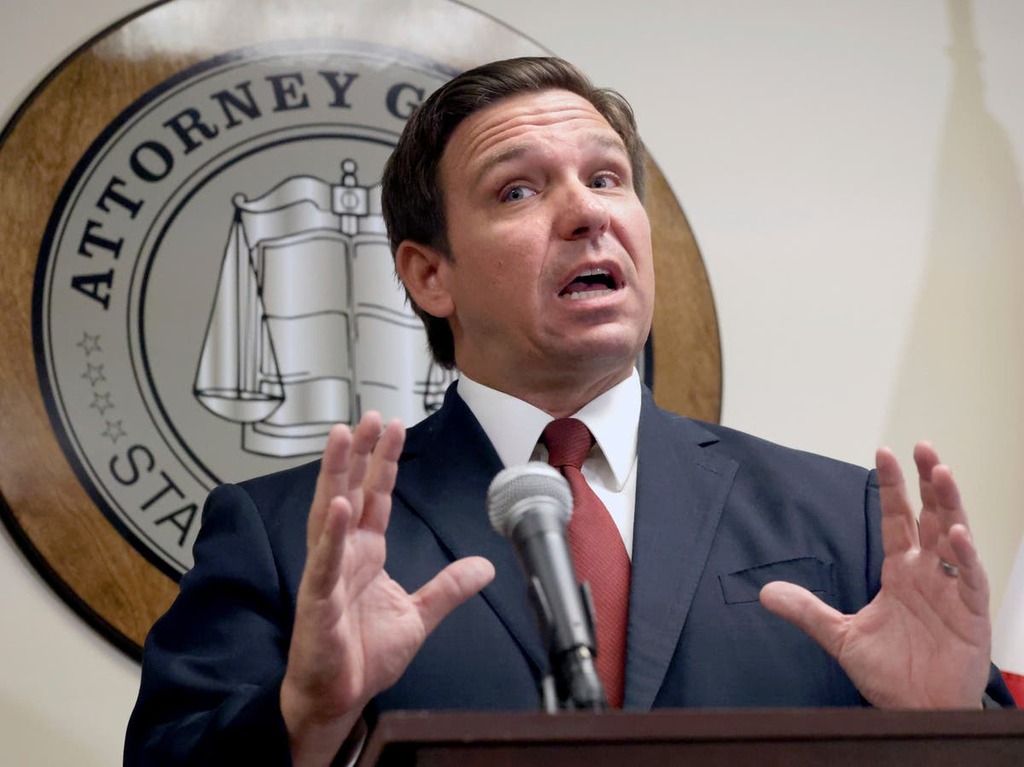 The previous ruling said that the state couldn’t enforce a ban on mask mandates in schools.

On Friday, the 1st District Court of Appeal granted a request from the state of Florida to reinstate a stay on the ruling of Judge John Cooper as a group of parents strongly objected to the move, saying it could cause “irreparable harm” to their children as the number of Covid cases increases in the state, The Miami Herald reported.

The stay order allows the state to punish school officials who impose mask mandates without a parental opt-out.

“Local school officials are trying to keep children safe in a pandemic while their governor picks a fight with them and even threatens their salaries or their job,” President Joe Biden said on Thursday.

Judge Cooper ruled in August that the state cannot punish school districts that impose mask mandates if they show that their policy is “reasonable” and that it’s needed in order to achieve a “compelling state interest”.

“Upon our review of the trial court’s final judgment and the operative pleadings, we have serious doubts about standing, jurisdiction, and other threshold matters,” the order says. “These doubts significantly militate against vacating the automatic stay, the stay should have been left in place pending appellate review.”

The lead attorney for the group of parents suing the state, Charles Gallagher, told The Miami Herald: “We are disappointed by the ruling and will be seeking pass-through jurisdiction of the Supreme Court of Florida. With a stay in place, students, parents and teachers are back in harm’s way.”

Mr DeSantis and Florida Education Commissioner Richard Corcoran have battled parents in court over the mask rules as the number of school districts that have instituted mandates has increased.

Out of the 67 school districts in Florida, 13 have defied the governor’s order and instituted strict mask mandates.

The state has started withholding funding at the level of monthly salaries of school board members in Broward and Alachua counties. Investigations of non-compliance have begun in other districts.

But the funding withheld looks likely to be replaced by funding from the federal government. Mr Biden announced on Thursday that a new grant had been created to cover fines and funding that has been held back from school districts that have put mask mandates in place.

“There are elected officials actively working to undermine the fight against Covid-19,” Mr Biden said.

“If these governors won’t help us beat the pandemic, I’ll use my power as president to get them out of the way,” he added.

Mr DeSantis said during a press conference on Thursday that some people have “reasons” not to wear a mask.

The governor slammed Mr Biden’s announcement that workers at private companies with more than a hundred staff members have to get vaccinated, or else undergoing regular testing for Covid.

“How could we get to the point in this country where you would want to have someone lose their job because of their choice about the vaccine or not?” Mr DeSantis said.

The Republican has urged Floridians to get vaccinated but is against mandates.

“Maybe they are making the wrong decision, but to put them out of work and … not let them earn a living. Because of this? I just think that’s fundamentally wrong,” he added.

“The more and more this has become coercive … the more people it alienates,” he said. “I do not believe that people should lose their jobs over this issue, and we will fight that.”

The Independent has reached out to the office of the governor for comment.