Blackmail and scandal: former police chief on trial in Spain 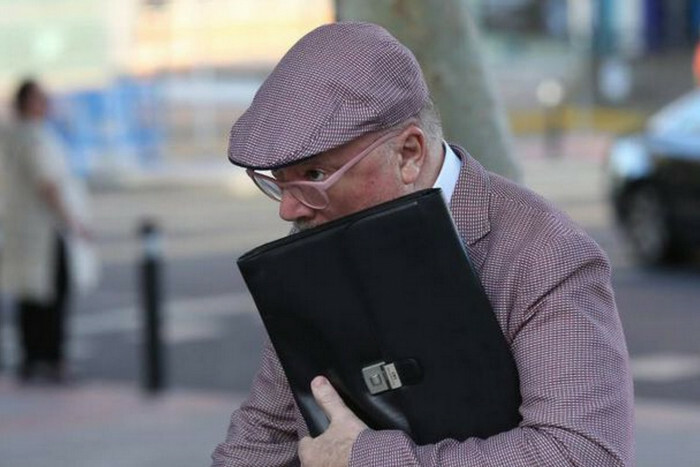 MADRID: Notorious former police chief Jose Manuel Villarejo, whose revelations have shaken Spain's political and business elite to the core, goes on trial this week for blackmail and corruption.

Over the last few years, dozens of powerful businessmen, high-ranking civil servants, ministers and magistrates have been tainted by scandals involving this feared former policeman at the heart of the so-called "sewers of state".

With an air of mystery, a grey goatee and a beret perched on his bald head, Villarejo, 70, is accused of secretly recording conversations with the rich and powerful to either blackmail or discredit them on behalf of other prestigious clients.

Although Villarejo is implicated in multiple cases, Wednesday's trial will look at just three, all of which involve businessmen suspected of using his services to spy on both colleagues and competitors.

The trial, which will be held in San Fernando de Henares, near Madrid, at the Audiencia Nacional, Spain's top criminal court, is expected to continue until January.

But many others are also on the docket in this sprawling, complex investigation known as "the Villarejo case", including some which have drawn even more media attention for their scandalous nature.

"This first trial will be important for establishing the credibility of the Spanish judicial system," said Manuel Bravo Perez, who co-wrote a book on the Villarejo case. "People are waiting with bated breath to see what happens during the trial," he told AFP.

If convicted for these first three offences, Villarejo could face 109 years in jail, if prosecutors get their way. But the ex-police chief will attend the trial as a free man since the court lifted his pre-trial detention in March, after serving three years behind bars at a Madrid prison.

Born into a modest family in the southern Andalusia region, Villarejo was "what you might call a 'corrupt copper' -- corrupt because he set up a private consulting business while he was still very much part of the police," explained Bravo Perez.

Several heavyweights of Spanish finance and industry have been accused of using his services, such as former head of BBVA bank Francisco Gonzalez or Ignacio Galan, chief executive of Spain's top energy firm Iberdrola.

Since June, Galan has been under investigation for bribery and fraud after he allegedly used Villarejo's services to gather compromising personal information on Real Madrid boss Florentino Perez, who heads construction giant ACS.

The suspected aim was to stop ACS from mounting a hostile takeover of Iberdrola.

"Villarejo is a man who has always sought power, but who was always needed by the powers-that-be," said Bravo Perez, who has shone the spotlight on his many ties with Spain's political parties since he first joined the force in 1972.

In recent years, several top politicians have had their names dragged through the muck over their alleged connection with Villarejo, such as former interior minister Jorge Fernández Díaz, who is suspected of trying to smear political opponents.

Villarejo's involvement with the high and mighty even reached to the royal palace, damaging Spain's former king Juan Carlos I after the policeman secretly recorded a conversation with his mistress in which she claimed he had pocketed money from a high-speed train contract with Saudi Arabia.

"He knows many secrets" which are very often "unpleasant", explained Bravo Perez, suggesting there were likely many among Spain's elite "who must be worried about what could come out, not so much for their criminal implications as for the reputational damage".

During their investigations, police seized more than 40 terabytes of information, the equivalent of several months of uninterrupted radio broadcasts, which Villarejo methodically collected year after year, all of which had huge potential for blackmail or destroying reputations.