The Conversation
The Abortion Debate Is Suddenly About ‘People,’ Not ‘Women’

What progressives lose when they won’t name the group most affected by abortion bans.

No matter who wins, most of us stand to lose.

Pedestrian.tv
Morrison hails close ties with India and Albanese pledges $970m for Medicare – as it happened

The Guardian - AU
One subscription that gives you access to news from hundreds of sites
The end of abortion absolutism?

With the Supreme Court poised to toss the issue back into politics, we’re going to have to wade into the…

Prime Minister Scott Morrison has repeatedly shown a lack of commitment to ensuring respect, safety and equity for all women…

The New Daily
Get all your news in one place
Latest Comment news: 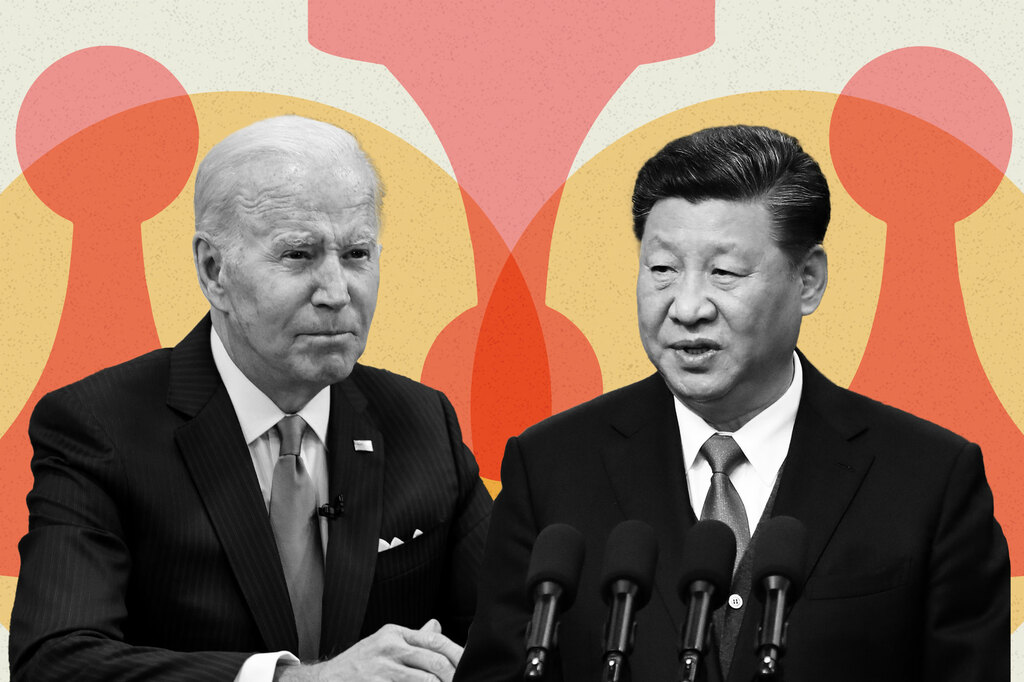 You don’t need to google this: why would women vote for a man who needs his wife to tell him rape is bad?

Question: how have women, and the issues critical to them, featured in the federal election campaign so far? Answer: google it, mate! Just kidding, I already did, and the search results show coverage of derivative “gotcha” questions about how you define our half of the species, followed by polls showing no change to Morrison’s chronically low support among female voters.

And let’s face it, why would women have a nice thing to say about a man who relies on his wife to understand basic concepts like rape is bad, or about his merry band of misogynist and handsy representatives?

Indeed, the government’s inability to get pretty much anything right when it comes to women has meant we are struck in the same place we were at the last election: unable to move on from basic deficits like the numerically few women on the conservative side, even as we watch those numbers dwindle as the few that are there complain, resign or both because of aforementioned issues with misogyny and handsiness, with lashings of gender-based bullying for good measure.

What would it have been nice for the government to have done during its decade in office? What do Australian women want? The same things we’ve always wanted and are still pushing successive governments to care enough to achieve.

We want to be safe from discrimination, violence, and gender-based harassment and humiliation at school, home, work and on the street. We want access to quality child and elder care, and to be paid and have the same opportunities as the bloke sitting next to us even if — gasp! — we’re working part-time. We want a publicly funded universal health care system in more than name — one that includes dental health. We want to have control of our bodies from cradle to grave and to avoid being demeaned by having to explain once again why our state or federal representative doesn’t have a place in the personal and private decisions we make about our fertility and the time and manner of our passing.

Has the government delivered on these things? With the possible exception of sexual harassment — an issue the Coalition had no choice but to face after its failed attempt at covering up the alleged workplace rape of Brittany Higgins — the answer is no. Which is almost certainly why women’s support for the Coalition remains in the doldrums. According to the latest Ipsos poll, just 29% support Morrison, down from 44% at this same time in the 2019 campaign.

Twenty-one-year-old Emily Lawton sums up the situation nicely, which is that anyone else would be better than Morrison. Why? Because when it comes to women, he just doesn’t care.

Labor does better on issues of particular concern to women, almost certainly because there are more women in its ranks to determine priorities. This near 50% representation of women in the caucus didn’t just happen but was the result of a hard-won victory by Labor women to set targets for female representation. Indeed, having started as an aspiration for just 35% of the parliamentary party to be female in the 1990s, the odds are that their 2025 target of 50% will be met early.

That’s why Labor has a policy to make childcare more affordable and is running hard on a minimum wage hike, a policy that will disproportionally benefit women because — sad face — too many of us are in minimum wage jobs. Albanese has committed to implementing the Uluru Statement from the Heart in full during his first term — an Aboriginal initiative that Morrison has shamefully let languish — laying the ground work for a national voice for Aboriginal women to be heard.

But it’s not all good news. There’s nothing from Labor about the terrifying rise in homelessness among educated women over 55, nor any incentive for gender equitable parenting in our current leave entitlement. Although the opposition spokesperson for women Tanya Plibersek did join Greens senator for women Larissa Waters in accepting an invitation to debate the issues: one that the actual Minister for Women Marise Payne snarkily rejected.

What about the minors? Both the Greens and Reason Australia are dominated by strong feminist women, and the Greens have a women’s policy to die for. It even explicitly mentions the right of rural women to have the same reproductive rights as women in the rest of the nation, including access to safe, legal and free termination.

Reason doesn’t have a woman’s policy per se, and while it certainly covers off on equal pay and domestic violence, it doesn’t match the Greens in promising address of the legal lacuna that allows Tinder swindlers and damaged men to destroy the lives of women and children through coercive control. Though, given time, it almost certainly will as both Fiona Patten and Jane Caro are across the issue.

The bottom line is that when women are at the table, and they act as women for women, real outcomes for Australian women can be achieved. The women in Parliament learned that through their cross-party support for removing the effective ban on RU486 — the abortion drug — in 2006.

Sadly, we haven’t seen such enervating cross-party cooperation along gender lines since. But with 70% of young women in support of unrestricted abortion rights, and the voices of male apologists and anti-feminists like Bettina Arndt and Babette Francis fading, the time for the sisterhood to act like one and reap the benefits could be now.

The Conversation
The Abortion Debate Is Suddenly About ‘People,’ Not ‘Women’

What progressives lose when they won’t name the group most affected by abortion bans.

No matter who wins, most of us stand to lose.

Pedestrian.tv
Morrison hails close ties with India and Albanese pledges $970m for Medicare – as it happened

The Guardian - AU
One subscription that gives you access to news from hundreds of sites
The end of abortion absolutism?

With the Supreme Court poised to toss the issue back into politics, we’re going to have to wade into the…

Prime Minister Scott Morrison has repeatedly shown a lack of commitment to ensuring respect, safety and equity for all women…