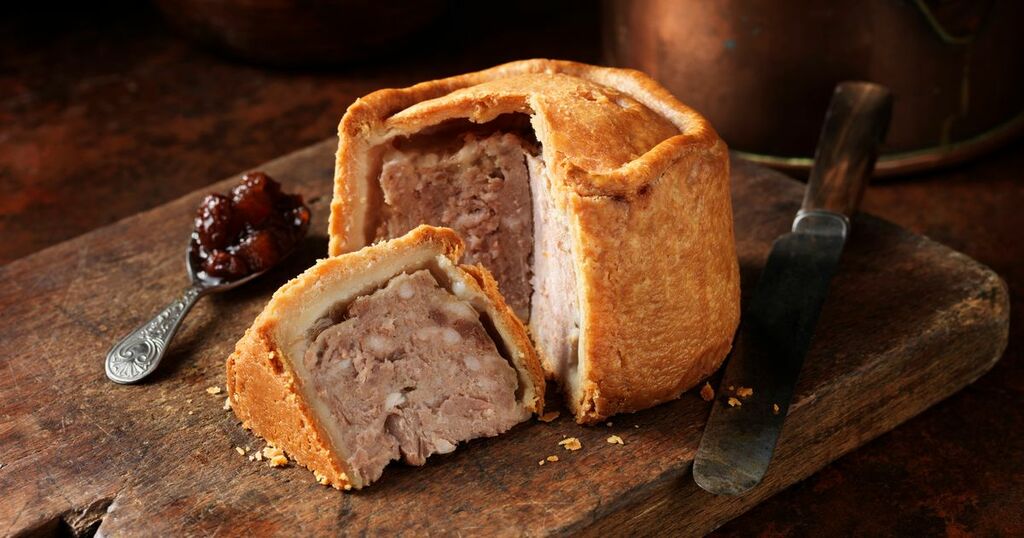 Savoury or sweet...but such a treat. Who doesn’t love a pie?

Around three-quarters of Brits eat a pie at least once a month and it's a £1.2billion a year business in the UK.

The history of pies goes back to the Ancient Egyptians, who had a crusty cake made from wheat, oats, barley or rye which was filled with honey.

In the interests of consistency, we’ve stuck with pies that have a pastry topping. From Morocco and the UK to the Phillippines via Chile, France, the USA and Russia, take a bite into our pick of the world’s pie perfection.

It's the food with an edible lid!

The fabled Melton Mowbray pork pie, with its hot water crust pastry, is in esteemed company.

It was awarded Protected Geographical Indication (PGI) in 2009, and sits alongside other venerable European products such as Gorgonzola, Parmigiano-Reggiano, feta, and Camembert cheeses, and cognac, armagnac and champagne.

The Leicestershire pie with its chopped cured pork and jelly lining is descended from medieval raised meat pies, with the modern form we know today becoming popular in the mid-19th century.

Dickinson & Morris is one of the oldest pork pie makers in Melton Mowbray, in business since 1851 at Ye Olde Pork Pie Shoppe in the town centre.

This heroic pie originated in the Ionian Islands, spread across the country, and is a heavenly mix of seasoned beef or lamb and feta, encased in flaky filo pastry.

We can also thank those Greeks for Kolokithopita, a courgette and and feta pie which is again wrapped in filo and also extremely delicious. Efharisto, Greece!

A simple vegetarian pie – pizza-like in its thinness – which is from the Dalmatia region and made with Swiss chard, chopped red onions, parsley, olive oil and salt, with a rolled dough crust.

The splendidly named town of Dugi Rat has a Soparnik appreciation society.

The saying goes ‘’as American as apple pie’’ but of course it was originally imported by English colonists in the 17th century and given a New World spin.

Our cousins across the pond usually go for an apple filling spiced with cinnamon, nutmeg, and lemon juice.

English apple pie can be traced back to a recipe from 1381, which calls for apples, spices, figs, raisins and pears, but today we tend to favour just sweetened Bramley and lemon juice. Of course, there absolutely must not be a soggy bottom!

A dessert pie, but a slightly sour one thanks to its ingredients of crushed lemons and their peel, baked in a shortcrust pastry shell.

It’s considered a refreshing pudding and often eaten in the summer.

As a creamy bake, it should be able to be eaten with a spoon, and there is also a sweet dessert version in Peru.

England is the ancestral home of the English-speaking world’s Christmas favourite, with the little pies filled with a mixture of dried raisins, sultanas and currants spices such as such as cinnamon and nutmeg with perhaps a dash of brandy.

Their origins go back to the crusaders who brought the recipe – which then had minced meat in it - back from the Middle East and over the centuries the meat was eventually omitted. The association with Christmas is thought to date from the mid-17th century.

The myth that they are technically illegal in England today is just that, a myth.

While Oliver Cromwell’s joyless reign saw the introduction of diktats that frowned upon anyone having fun at Christmas, there is no surviving evidence that mince pies were actually banned. Unfortunately.

This classic dessert pie dates back to Milan and Naples in the second half of the 15th century and nowadays consists of cheese or cream and fruit in a crusty pastry, with a lattice of pasty on top.

The name is derived from the Latin crustata, which translates as ‘crust’ and cherries, apricots or peaches are most commonly used, and a scoop of gelato is the perfect accompaniment.

The Caledonian classic, popular across Britain and Canada, is made from mutton with plenty of pepper and a casing of hot water crust pasty amd perfectly pairs with baked beans.

A much-loved staple of football matches and festivals, there’s been a World Championship Scotch Pie Awards every year since 1999 and the current holders are James Pirie & Son of Newtyle, Angus.

A Moroccan favourite that’s also found in Algeria, it’s believed to have roots back to the time of the Moors in Spain.

The filling is usually chicken, eggs and almonds, though variations include pigeon and seafood, encased in warqa, a filo-like dough.

It’s a blend of savoury and sweet with ginger, cinnamon, and garlic adding some spice, with a dusting of icing sugar to lighten it.

It’s filled with frangipane, sometimes combined with fruit such as plums or cherries and should have radial arcs scored into the pastry with scalloping around the rim.

Savoury versions are filled with vegetables, meat or cheese.

The traditional Filipino dessert pie translates from Tagalog as ‘young coconut pie’ and it’s made with the aforementioned young coconut inside a flaky crust.

The coconut flesh is cooked with condensed or plain milk, cream and sugar until it transforms into a thick, creamy custard-style filling.

Savour a wonder from Down Under. The legendary Aussie meat pie is made with flaky pastry that is filled with gravy and minced beef with a dash of Worcestershire Sauce, best served with a hearty dollop of ketchup.

The pie floater is an Adelaide speciality - green pea soup with a pie floating on top of it. Plus the ketchup of course. Reputedly a morning hangover cure par excellence. G’day!

Sign up to the Mirror's travel newsletter for more travel features as well as news and deals direct to your inbox every week.