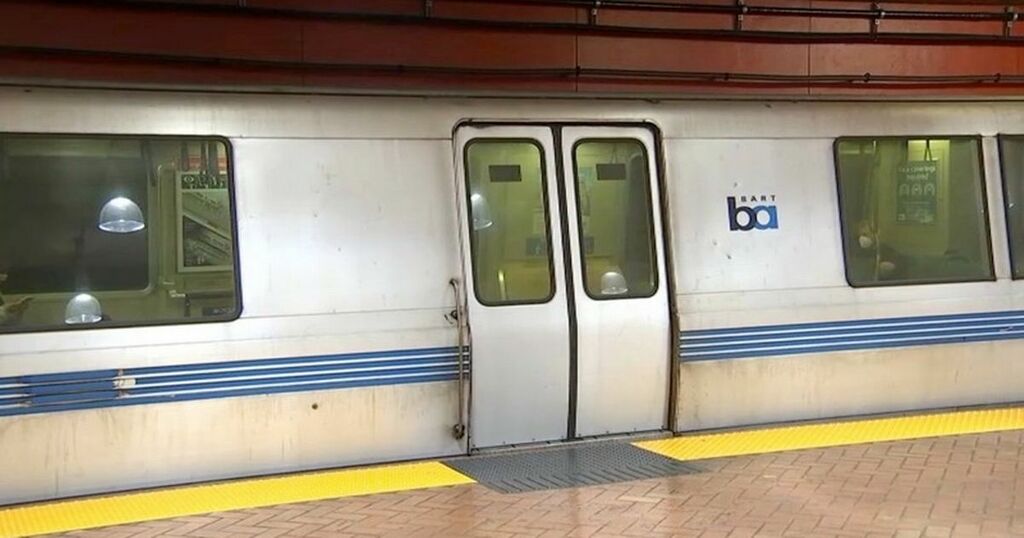 A woman was tragically killed after being dragged by a commuter train right in front of her desperate boyfriend.

Amy Adams, 41, has been identified as the woman whose life was horrifically cut short when she ended up being dragged by a train in San Francisco.

Ms Adams' boyfriend was reportedly present at the time of the freak accident, and was said to have shouted: "My girlfriend, my girlfriend" as he witnesses the horror scene unravel right in front of him.

A witness named Mike Sim told US media what he saw was "pretty traumatic".

He described how he was walking along the platform when he saw something being dragged.

“It passed by my feet and I turned to the left, and I could see this thing getting dragged all the way down the platform, so I was like, ‘What is that?’” Sim said, KKTV11 reports.

He described what he saw to be “pretty grotesque,” and said he saw a stain of blood stretching "all the way down" to the platform.

According to BART, the woman had been tethered to a dog when she stepped on a Dublin/Pleasanton train before deciding to get get off just as the doors shut.

While she made it off onto the platform, the dog was unable to make it through the closing doors. The train departed with the dog still inside the carriage, and the woman, who was still attached to the pooch, was dragged behind.

"Everybody was in shock," said Sim, ABC7 reports.

The National Transportation Safety Board has now sent two investigators who will spend a week at the scene of the tragedy to try to gather facts surrounding the incident.

"And they'll be gathering any types of sources of recorded data, so this could be video surveillance there could be recorded data at the train control center," said Peter Knudson, NTSB spokesman.