A homeowner unwittingly became the legal owner of an entire neighbourhood of 84 homes after a "copy and paste" typo error saw her pick up $50 million of property by mistake.

The woman splashed out $594,481 (£489,617.23) on her dream home but upon filing the papers was told a major error appears to have happened and the name for home included an extra 84 properties and two common spaces.

She was told documents showed she legally owns "lots 1 through 85 ... and Common Areas A and B." Many of the homes had already been sold before the error.

Developers believe it will be easy to rectify the mistake and get the properties back but warned "someone could try to make things difficult."

The unnamed homeowner, from Nevada, spent her money on what she thought was just one property located in Sparks, northeast of Reno, and filed her papers with the assessor for Washoe County, before the mistake was picked up on July 25.

Cori Burke, the chief deputy assessor for Washoe County, said that it seemed to have been a typo made by Westminster Title, a firm located in Las Vegas, the Daily Star reports.

The huge mishap meant that the homeowner ended up being given the title deeds for scores of others too, reports The Reno Gazette Journal.

Burke added: "It appears Westminster Title out of Las Vegas may have copied and pasted a legal description from another Toll Brothers transfer when preparing (the homebuyer's) deed for recordation.

"Because it was pretty clear a mistake was made, our assessment services division reached out to Westminster Title right away so they could begin working on correcting the chain of title for the 86 properties transferred in error."

It has been reported that the ownership titles will be transferred back to the developers, Toll Brothers, and then reissued with the corrections.

The homeowner could reject the transfer and refuse to hand the homes back. However, there is no sign that she has stopped the process and experts say she would almost certainly lose if she did choose to go to court.

Burke said the mistake is more common than people think because of copying and pasting, and such issues happen "fairly often".

They added that the case would be a "loser in court."

"This particular case is just a little more interesting because of the number of lots involved," she said.

"It is cut-and-dry for us, but we only see the recorded documents, not what the title company goes through to get clear title,' Burke said.

"I think someone could try to make things difficult.

"However, the title company also has the offer and acceptance for the purchase on file so intent is pretty clear.

"I would think it would be a loser in court and doubt it happens often, if at all."

The unnamed woman was reportedly contacted by The Reno Gazette Journal and simply replied "no comment", with a smiley face emoji. 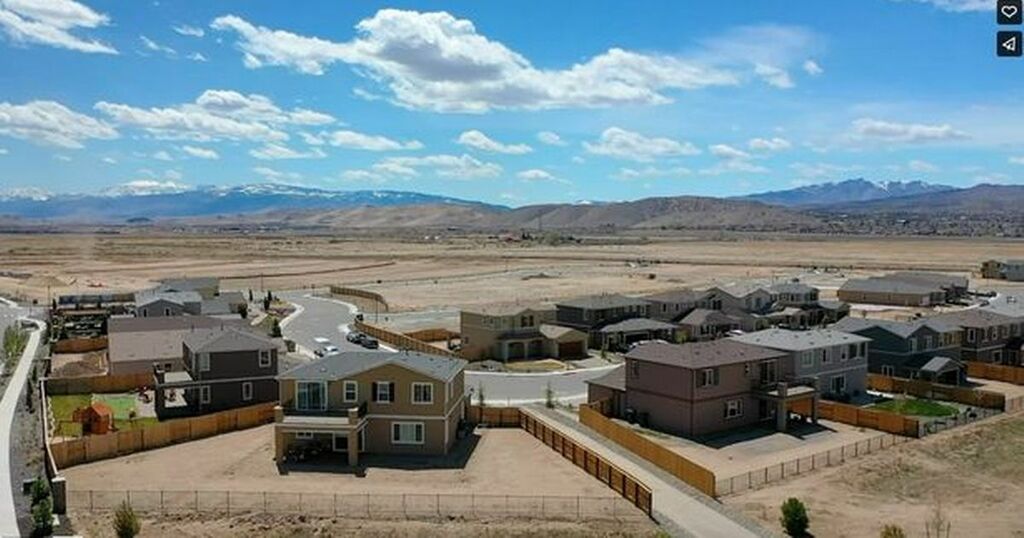 Woman accidentally buys whole neighbourhood instead of one home after typo
A paperwork error led to the buyer receiving the deeds for 85 properties.

Daily Record
From analysis to the latest developments in health, read the most diverse news in one place.
How do I sell property shared with my 2 brothers?

When to buy tickets for next year? When to reach the airport? And passport puzzles? The travel correspondent of The…

EXCLUSIVE: Kiely Rodni’s mother tells Rachel Sharp how ‘nothing was out of the ordinary’ the day her daughter disappeared and…

The Independent UK
One place to find news on any topic, from hundreds of sites.
Texas mom campaigns to ban library books

“I couldn’t stay quiet about that," her son said