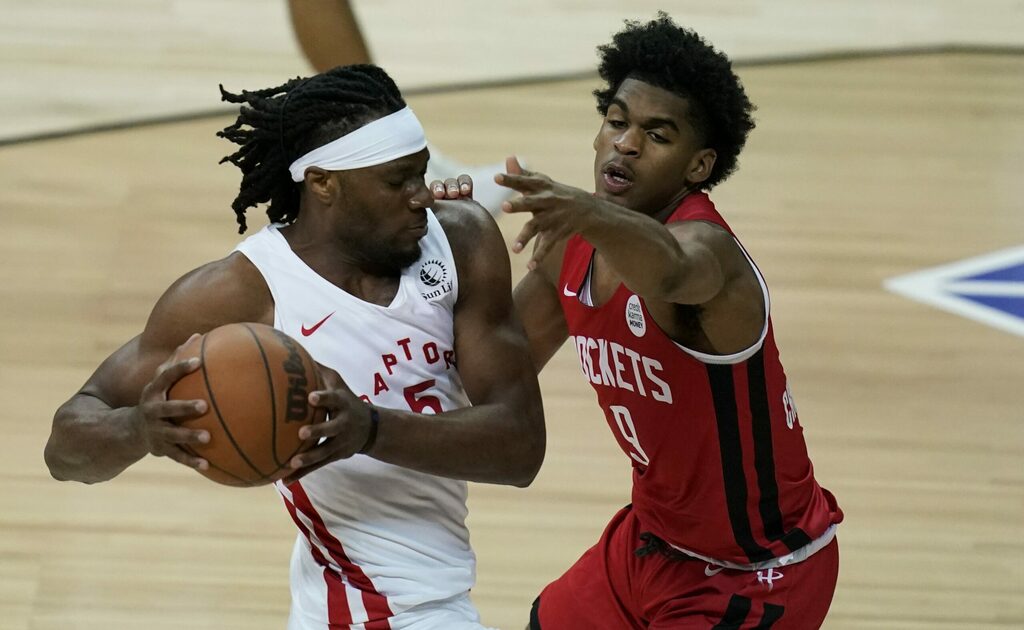 Unlike No. 2 overall draft pick Jalen Green, the remainder of the other three 2021 first-round selections by the Houston Rockets (Alperen Sengun, Usman Garuba, and Josh Christopher) didn’t come from slots where immediate NBA playing time is a foregone conclusion.

Even though Houston finished with the league’s worst record last season, it isn’t as if playing time in 2021-22 will be easy to come by. That record was clearly exaggerated due to a historic wave of injuries — and assuming health, accomplished veterans such as John Wall, Eric Gordon, Christian Wood, Daniel Theis, David Nwaba, Danuel House Jr., and DJ Augustin will be among those fighting for minutes at training camp.

Thus, Houston Chronicle beat writer Jonathan Feigen believes that at least two of the final three first-round picks could play with the team’s G League affiliate, the Rio Grande Valley Vipers, early on. In an appearance on the Sept. 12 episode of Texas Sports Nation, Feigen explains:

I would imagine it would be very difficult for Josh Christopher to get minutes, unless there are trades and you’re moving some of the veteran guards. I imagine he will be a Viper for a lot of games. You want him to play. They value him.

That’s part of the Rockets’ history. They can say, ‘It’s not a demotion. Kevin Porter Jr. was there last year. Clint Capela, who just got a giant new [contract] extension, he spent his rookie year there. This is what we do with players that we value, they go to the G League.’

Garuba needs some time, offensively. Defensively, he’s got all kinds of talent, it was very obvious. But offensively, he’s raw. He needs to play. Guys like that, they don’t need a four-minute stretch in each half with the Rockets. They need 34 minutes with the Vipers… to stay sharp.

The other thing we learned last year with KJ Martin and Kevin Porter Jr., they come back from the G League and they’re ready to play. If you’re only playing 6 to 8 minutes a game and somebody gets hurt, and they’re told to get out there… that’s a lot harder than what we saw last year.

Garuba and Christopher were drafted at No. 23 and No. 24 overall, respectively. As for Sengun, who was picked at No. 16 in the 2021 first round, Feigen suggested that the 6-foot-9 big man could perhaps be more ready for NBA minutes this season — depending on his training camp and preseason performances, relative to veterans.

“Sengun, he’s advanced for a 19-year-old,” Feigen said on the television program. “He was MVP in the Turkish league. But, there are quite a few frontcourt players [in Houston]… so, you kind of see how he does.”

All four of Houston’s first-round rookies are just 19 years old. But the positive for the Rockets is that after seeing each of them play at the 2021 Las Vegas Summer League, it’s not as if any will be starting from scratch when they report to training camp in late September.

“The great value of summer league is that you’re not starting from scratch when young guys get to training camp,” Feigen said.

“You don’t have to slow down to tell them, ‘This is how we do things.’ So now that they’re going against the varsity, how do they perform? Are they ready? You try and get an idea with these really young guys that they’ve got… are they ready to take on minutes?” 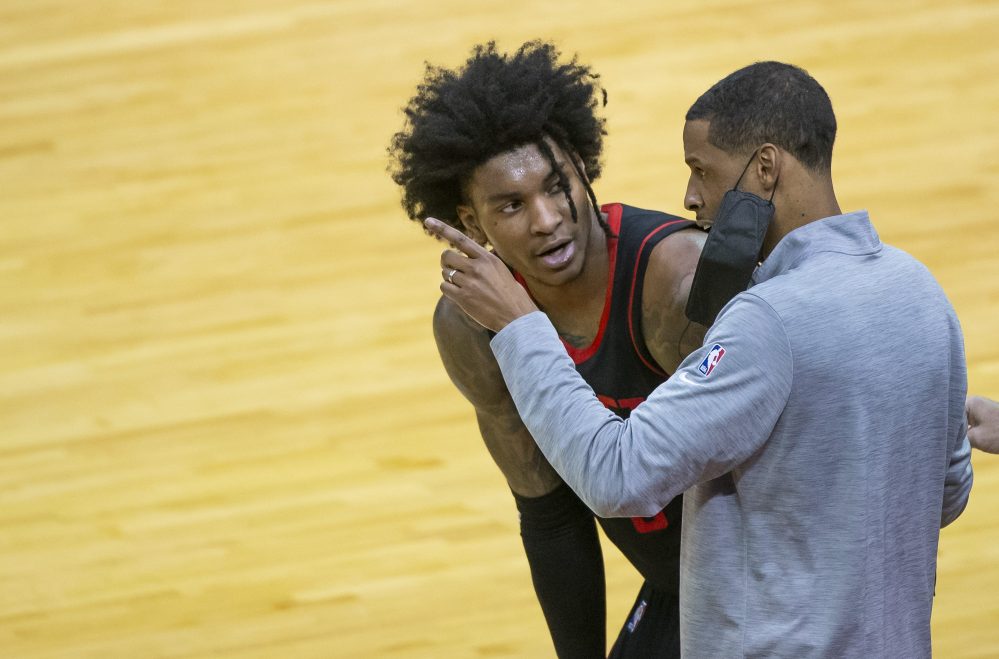