‘What chance is there of a fair election in Queensland against the combined influence of Murdoch and Palmer?’

This is an edited transcript of a speech made by journalist Kerry O’Brien to a campaign event hosted by the ABC Friends and ABC Alumni in Sydney yesterday.

I have not seen an Australia so bereft of trust in its politicians, so cynical of their motives and their promises as it is today.

And I have not seen an Australia before whose cherished public broadcaster has been so devalued and subjected to such sustained attack from those who would seek to neuter it, or worse, destroy it. And yet, in these complex, challenging times, the ABC has never been more important in my lifetime.

In my years as a correspondent in the United States I regularly used to visit American TV stations across the nation to edit and transmit my stories back to Australia. The comparison of resources and infrastructure between the commercial stations I visited and the public broadcaster, PBS, was like a contrast between the first world and the third. PBS was and is, with rare exceptions like NPR, the poor relation of American media. And the American commercial media is even less trusted than ours.

I’ve often wondered, as I‘ve watched America — the world’s once-great bastion of democracy — lurch further and further away from the spirit of its constitution, and further down the treacherous road of greater inequity and division towards authoritarianism, how different America’s story might be today if it had had a strong public broadcasting culture to reflect and enhance and inspire its beating heart.

To me, it is reasonable conjecture that when Clive Palmer, a single individual who made a fortune from fossil fuel, spends a massively obscene amount of money in this election campaign — as he did in the last — he is looking to orchestrate an outcome that will facilitate his efforts to maintain and build his fortune further from fossil fuel. Regardless of his motive, the notion that a single individual could influence the outcome of a national election by sheer weight of money, is fundamentally anti-democratic.

And when two former prime ministers acknowledge publicly that, in government, they lived in fear of the power and muscle of another individual — Rupert Murdoch — and when the organs of that individual have the scope to shut down or subvert valid and important public debate, we should also recognise that level of media ownership and that kind of power as fundamentally anti-democratic, as a point of principle as well as in practice.

For instance, what chance is there of a fair election in Queensland against the combined influence of two men, Rupert Murdoch and Clive Palmer.

And as the realities of the digital age have drawn the ABC and News Corp more and more into direct competition, with the ABC embracing online news programming, applying exactly the same logic that saw it expand beyond radio when television came along, we should not be naïve as to why News Corp’s attack dogs are so voracious in their boringly repetitive attempts to smear the ABC as some kind of elitist, inner-city, Marxist, fifth-column. It is the most contemptible misrepresentation of a dedicated staff that lives in every kind of community across the length and breadth of Australia, like no other media organisation.

I’ve said it before and I’ll keep saying it for as long as I have to, ABC journalists, like those I worked alongside for decades, are not driven by ideology but by the desire to pursue their craft the way they’re supposed to — that is, reporting and analysing the news, faithfully, accurately and responsibly; and in the process holding the powerful to account and keeping government honest.

When I was in the chair at 7.30 in the Howard years, John Howard’s office used to refer to the ABC’s relationship with regional and rural Australia as, “Our enemy talking to our friends”. Maybe by that they meant that the ABC was poisoning conservative voters in the bush with its mythical left-wing slant on news. What I suspect it really reflected was a frustration that the ABC was harder to manipulate than much of the rest of the media and was less inclined to be compliant, in its coverage to the bush and everywhere else.

I also think it goes some way to understanding the mentality within conservative ranks that has driven the sense of hostility and desire to punish, reflected in the Howard years, and over this past nine years of the Abbott, Turnbull and Morrison governments. The recurring pattern is bizarre. The big black-and-white pre-election promise not to cut the ABC’s money, followed closely and shamelessly in the immediate post-election budget by a significant cut to the ABC’s budget. Howard did it. Abbott did it. Turnbull and Morrison continued it.

Since Abbott, the ABC has lost 10.6% of its budget in real terms. That is hundreds of millions of dollars. And now, in the shadow of another election, suddenly the Minister for the ABC, who declined the Friends’ invitation to front you here today, scrambles to undo the freeze imposed by the Turnbull government on the automatic annual adjustments for inflation which effectively amounted to cutting another $40 million a year. For a start, the government’s formula for indexation does not reflect the true measure of inflation, but even if it did, why would we trust this promise given the track record of broken promises in the past?

The ABC has so far resisted both the public attacks and the depleted budgets, but anyone who has followed dear old Auntie for any length of time knows that damage has been done. Damage that is hard to define and hard to measure, but real, engrained damage to the psyche of the place as well as its programs that will be hard to undo.

Dare I say it, Labor governments have showed their frustrations, even outright anger with ABC coverage that has stung them too, but at least Labor has had a long-term philosophical commitment to the principle of public broadcasting — but if Labor does win this election, it has serious ground to make up to demonstrate its adherence to that principle and restore the ABC to a state of reasonable health. That means going beyond what it’s committed to so far.

I don’t claim some hallowed status for the ABC. It’s had its stumbles and its imperfections too. And given the level of trust invested in it by its audience, and given the investment of public funds as well, it should never resent a strong, sensible, justifiable level of public scrutiny — but I have to say from my decades of experience in the place, I cannot think of another institution more scrutinised than the ABC, short of the Parliament itself. And the irony there, of course, is that the workings of government in Australia are becoming more and more opaque, more and more resistant to scrutiny — another symptom of our fraying democracy.

So, for all the concerns I’ve outlined, I have been accepting invitations on behalf of ABC Alumni, from independent candidates in various electorates to air the same concerns I’ve been expressing today — not to endorse any individual candidate, and certainly not to try to instruct people how to vote, but to challenge them to think carefully about how precious their vote is, and how they can make it speak for their values and their most important needs.

But I have to say I couldn’t help but be impressed, not just by the quality of the candidates themselves but the small armies of highly motivated, highly articulate volunteers who have emerged from within their communities determined to have their voices heard, protesting what they clearly see as a decline in the quality of their traditional representation.

I could not believe it when I heard John Howard referring to these women so disparagingly as “anti-Liberal groupies”. Unusually clumsy for one of the wiliest politicians in Australia’s post-war era.

What an appallingly sexist putdown to the Zoe Daniels, the Zali Steggalls, the Allegra Spenders, the Monique Ryans, the Kate Hooks and all the other fiercely intelligent and independent women who have stood up to be counted because their communities are losing faith in mainstream politics.

I’d like to finish with thanks to the army of Friends who’ve been such stalwarts over decades and who’ve already started manning the polling booths with a message to all Australians as they walk past you to cast their vote. Think. Think about your vote and why you have it. Think about how you can really make it count. I’ve had so many, many people over the years, people frustrated over something that’s just not right in the way they’re treated or mistreated, over the breakdown of civil society in their community, who have said to me, “What can I do?”

Well, this is what you can do. Use your vote to speak for you. Really speak for you. Our vote is one of the most precious things we have. And so is our ABC. 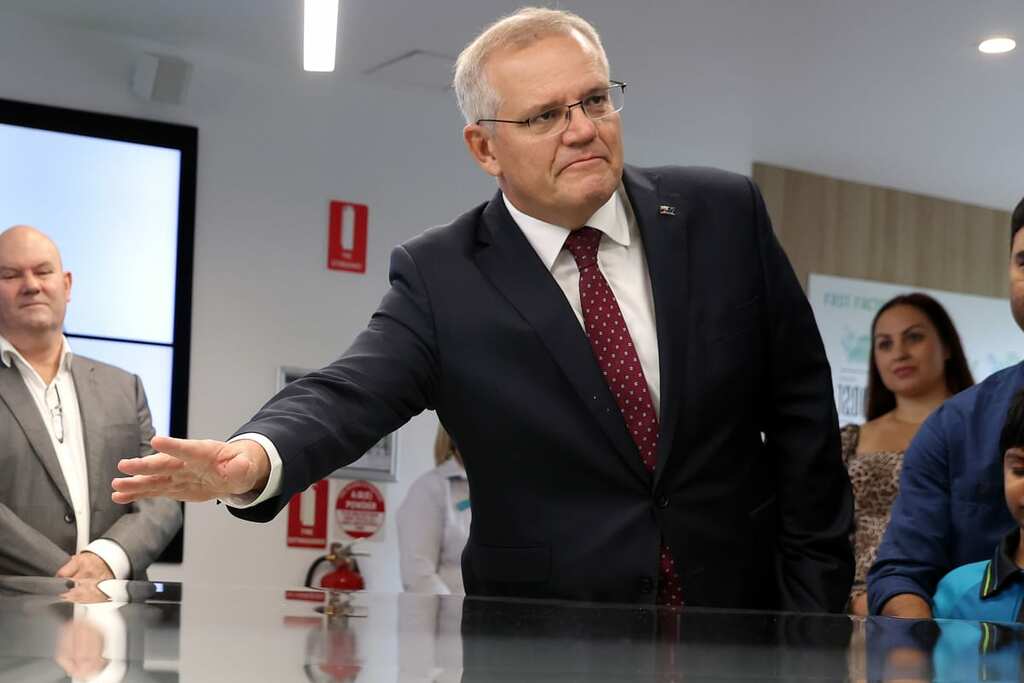 Newsroom.co.nz
One subscription that gives you access to news from hundreds of sites
Coalition announces Super Home Buyer scheme at federal election campaign launch in Brisbane

ABC News
The Coalition says Labor has a plan to introduce a 'sneaky carbon tax'. Is there any evidence?

The Coalition has been running a campaign to convince you that Labor plans to introduce a 'sneaky carbon tax'. But…