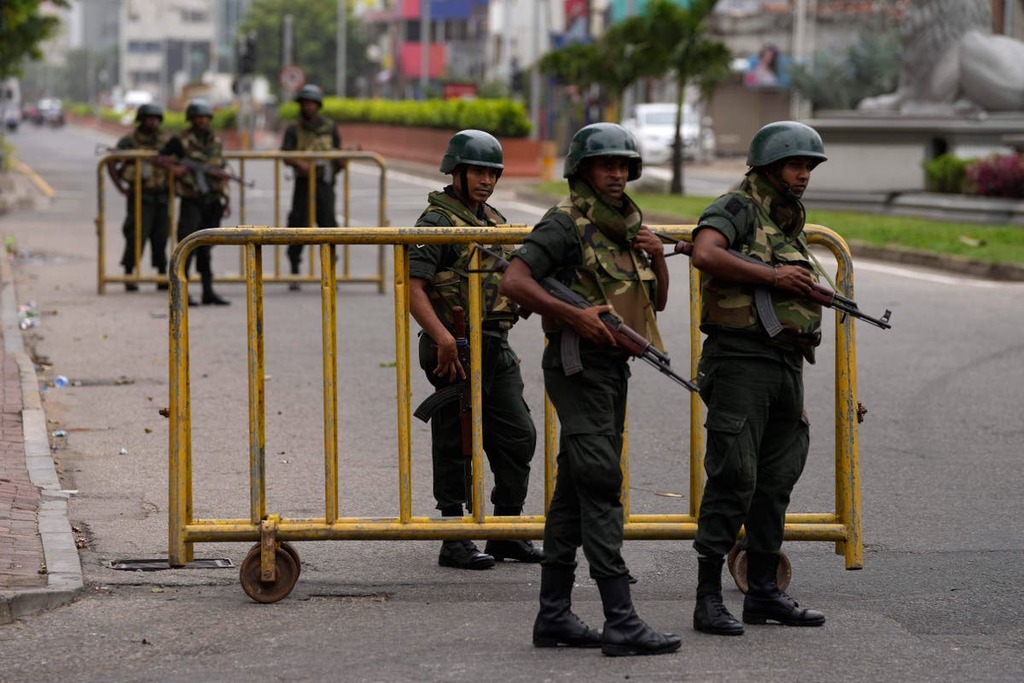 The island nation is experiencing an unprecedented economic collapse that has pushed the government into a deep crisis.

The Times of India
In Sri Lanka, a prime minister is gone. What next?

The administration focused on consolidating power in government, ignoring the financial and political crises.

Much of the public ire has been directed at President Gotabaya Rajapaksa and his brother, former Prime Minister Mahinda Rajapaksa, who are blamed by critics for leading the country into the economic crisis.

What led to the protests?

For months, Sri Lankans have had to wait in long lines to buy essential items because a foreign exchange crisis caused shortages of imported food, medicines and fuel. Oil shortfalls have led to sweeping power cuts.

The pandemic and the Russia-Ukraine conflict have made things worse, but warnings of a potential economic disaster began long before.

In 2019, President Rajapaksa swept to power months after Easter suicide bombings at churches and hotels killed 290 people. The attacks badly damaged tourism, a key source of foreign exchange, and Rajapaksa promised to pull Sri Lanka out of a deep economic slump and keep it safe.

The government needed to boost its revenues, especially as foreign debt ballooned for big infrastructure projects, some financed by Chinese loans But just days into his presidency, Rajapaksa pushed through the largest tax cuts in Sri Lankan history.

Then last April, Rajapaksa suddenly announced a ban in the import of chemical fertilizers in a push to promote organic farming, but without proper planning. It caught farmers by surprise, decimated rice crops and drove high the price of staple.

The Ukraine war has also increased food and oil prices globally, making imports more unaffordable. The central bank said inflation was at 30% in April, with food prices up nearly 50%.

The country’s foreign reserves have dropped below $50 million. This has forced the government to suspend payments on $7 billion in foreign debt due this year, with nearly $25 billion due by 2026 out of a total of $51 billion.

Who are the Rajapaksa brothers?

The nationwide protests are demanding the removal of the Rajapaksa brothers — a dramatic reversal for Sri Lanka's most powerful political dynasty.

Mahinda and Gotabaya Rajapaska were cheered as heroes by the island’s Buddhist-Sinhalese majority for ending a 30-year civil war against ethnic Tamil rebels in 2009. Despite accusations of war atrocities, they amassed great popularity — Mahinda who as president at the time oversaw the end of the war, and Gotabaya, a military strategist whose brutal campaign helped crush the rebels.

A powerful land-owning family from a rural southern district, the Rajapaksas dominated local elections for years before ascending to national politics in 2005 when Mahinda was elected president. He remained in power until 2015, when he was defeated by the opposition led by former aide.

Following the 2019 Easter bombings, the family returned to power under Gotabaya, who ran for president on a high-pitched nationalist campaign that won over voters disillusioned by the previous government over the attacks.

Critics have accused the Rajapaksas of relying heavily on the military to enforce policy, passing laws to weaken independent institutions and maintaining a near-monopoly on decision making. Three other Rajapaksa members were in the Cabinet until early April, when the full Cabinet resigned over the protests.

Mahinda's resignation on Monday is a partial victory for the demonstrators. With the protests continuing, especially outside the president’s office, there is renewed pressure on the president to quit too.

President Rajapaksa is without a prime minister and Cabinet, which dissolved automatically after his brother resigned.

He can now select a member of Parliament to become the next prime minister and form a Cabinet. His choice will need the support of a majority of the 225-member legislature. It’s unclear whether he still has enough backing in Parliament for his candidate to be approved.

The president could attempt to form a unity government, but it will likely be difficult to convince opposition members to join.

If the president does resign while there is no prime minister, the Parliament speaker will become interim president for one month, during which Parliament is to select a member to become president until an election can be held.

A motion to impeach Rajapaksa would not be easy. It would need the endorsement of the Parliament speaker, the Supreme Court and the support of at least 150 lawmakers. Opposition parties do not hold a majority in Parliament, making the process even harder.

In the 45 years that Sri Lanka has been ruled by an executive presidential system, there has been one failed attempt to oust a president. The constitution gives the president wide powers as commander-in-chief of the armed forces, head of the Cabinet and powers to appoint the chief justice, police chief and others.

The president, despite his extensive powers, still needs a prime minister and Cabinet to carry out executive functions. The ongoing uncertainty over the president’s next moves and the administrative vacuum have raised fears of a military takeover, especially if violence escalates.

The island nation is experiencing an unprecedented economic collapse that has pushed the government into a deep crisis.

The Times of India
In Sri Lanka, a prime minister is gone. What next?

The administration focused on consolidating power in government, ignoring the financial and political crises.