Welsh rugby has a myriad of issues right now and they will not be solved by any one thing. There is no silver bullet.

There are a number of factors that contribute to the current plight of the professional game in these parts and they all need to be considered when attempts are made to drag the sport out of the current quagmire of apathy in which it finds itself.

These pages have been filled with the issues staring back at the WRU when the organisation looks in the mirror and how the professional game is currently in a state of paralysis, unable to make the dynamic changes it needs to. But there are further strands that need to be explored.

There is an elephant in the room. In recent weeks sources at the top of the game - both within the regions and outside them - have relayed a common message. Player salaries have spiralled out of control and resulted in a lot of money being wasted in a system that does not have it to spare.

READ MORE: Plan to revolutionise Welsh rugby was killed by the clubs four years ago

"The agents have had a field day in Wales," claimed one influential source, explaining that wages have ballooned, while another added: "We haven't got to worry about players going to England because they won't get the money they're being offered in Wales."

And it tallies with comments that have been put on record elsewhere. Regarding Vaea Fifita's impending move to the Scarlets, Wasps boss Lee Blackett said earlier this year: "I think when you understand the big picture and you see everything on paper and what he's been offered, I can't blame him. He's got to think about his family and that's the way of the Premiership at the moment, we just couldn't compete with the offer."

Exeter boss Rob Baxter made similar comments regarding Jack Walsh's move to the Ospreys this summer: “Jack Walsh is leaving next season. He came over on an opportunity contract from Australia and has done well for us. He has picked up an improved contract in Wales which will be great for him, a huge opportunity for him.”

Pre-pandemic, Welsh rugby was unable to compete with the financial 'superpowers' in the English and French leagues. So how are we now in a situation where the English clubs are saying they can't compete with Welsh clubs?

To combat the financial implications of the Covid-19 pandemic, the English Premiership has lowered its salary cap to £5 million with some caveats. Clubs are allowed one 'marquee' player to sit outside the cap, they have £600,000 of credit when it comes to homegrown players and £400,000 when it comes to England internationals.

That top line has been squeezed down from £6.4 million. So English clubs are looking to slash their spend on players and reorganise their squads to get under the new cap. It's led to the likes of Fifita and Walsh coming to the Welsh game on deals that their original clubs were no longer able to match.

And the same may well go for the likes of Taulupe Faletau, returning to Welsh rugby and joining Cardiff on a lucrative deal after a six-year stint at Bath. Though it is important to note that the No.8 returns as part of Wayne Pivac's 'Elite 38 Squad' so only 20 percent of his wages will form part of Cardiff's overall spend on squad salaries.

But there is no salary cap in the URC, although the inception of one was championed by Dragons chairman David Buttress earlier this year, so the regions have had little external obligation to get their spending under control.

This is not a slight on the players, who are well within their rights to get themselves as much money as possible for putting their bodies through the rigours of professional rugby, and don't forget that they took significant pay-cuts during the pandemic, but "the game's administrators should have been stronger," WalesOnline was told.

The 60-cap rule, for all the good that it does in terms of enticing players back to Wales, effectively resulted in players naming their price and wages rose. Wage bands were brought in to combat this but its effects have been limited. Gareth Anscombe lost his wage appeal and Jonah Holmes will leave Welsh rugby this year after losing his but such instances are rare.

And Julie Paterson's departure from her role as Operations Director last year has led to Wales boss Pivac taking on more of a role when it comes to the contracts of the Elite 38 players. Understandably, his obligations lie with the Welsh national team and if the salary of a player soars, he won't be the one feeling the pinch.

This is not all about the Test stars, either. The real issue is with the number of middle-tier players earning exorbitant salaries and featuring in the first team all too infrequently.

The regions' current spend on player salaries is expected to be in the region of £5 million for the Dragons, upwards of £6.5 million for Ospreys and Cardiff and around £8 million for the Scarlets. With all the caveats attached to English rugby's salary cap, it is not as simple as saying that three of Wales' four teams are spending more, but they are in that ball park.

It is important to note that this only relates to spend on the playing squad. The regions' financial ability to invest in things like infrastructure, facilities and backroom staff is where the chasm really opens up.

It's also worth noting that this issue cannot be viewed in isolation, without recognising that the league plays a role in this.

URC chief Martin Anayi said recently: "You have got teams there [in Wales] with budgets that are bigger than the budgets in the English Premiership next season, so money shouldn’t necessarily be a reason for failing. I think there is something else that they need to look at there."

But Welsh sides are not in the English league, so the comparison only holds so much water. It is still relevant because English clubs regularly go deeper into Europe than their Welsh counterparts and are generally a cut above when the sides meet. But the real acid test should be made against the likes of URC dominators Leinster.

Dragons chief Buttress estimates that the Irish big-hitters have a playing budget twice as big as their own. Other estimations put it higher than that. That would explain why the Welsh officials have been enticed by splashing more cash in a bid to keep up. Trouble is, there is enough cash being distributed throughout Irish rugby to deal with the spend, in Welsh rugby there is not. A league-wide salary cap would solve this issue from a Welsh perspective but is not easy to implement in a league where the players are paid in different currencies.

Whilst accepting that there are serious issues with the game in Wales that are beyond the regions' control, there must also be an acceptance that they have to get their finances in order, otherwise more money being pumped into the game - even if it was available - will solve nothing.

The good news is that steps seem to have been taken to get things back under control. The Ospreys have limited their recruitment this season and have instead focussed on re-signing existing players to new contracts. Cardiff boss Dai Young has voiced his frustration that players were given extra years on their contract during the Covid-19 pandemic, suggesting that major changes will be coming to his squad next summer.

The general sense is that squad numbers will be reducing in coming years to deal with the pinch that is currently being felt. Moving on players that swallow up more salary spend than they warrant will not solve everything but it will help put Welsh rugby back on track. 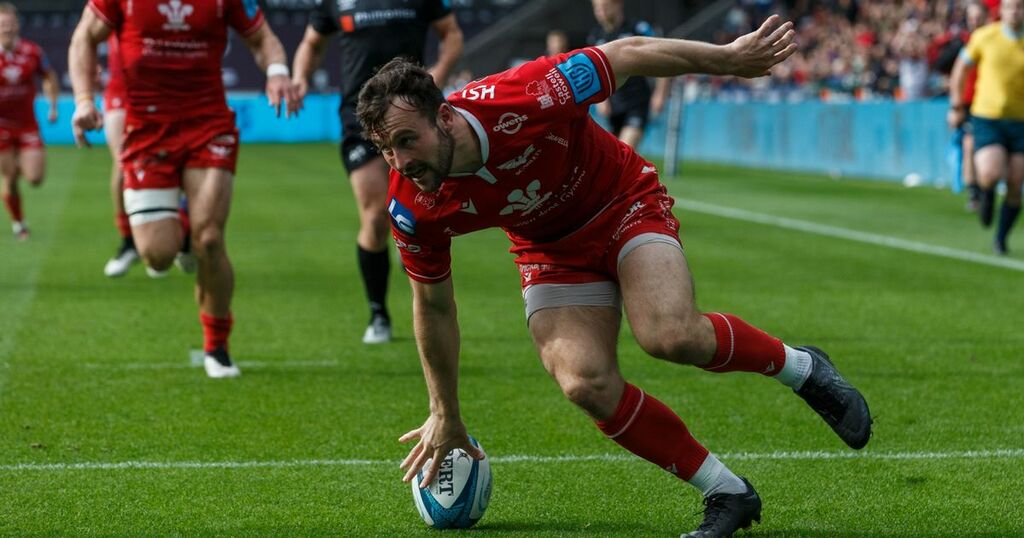