Ukrainian President Volodymyr Zelenskiy said on Tuesday the European Union's planned sixth package of sanctions against Russia, including an oil embargo, was needed as the bloc's proposals still faced talks.

"Now the sixth package of sanctions will be adopted, and it is certainly a package that we need, and also energy sanctions are needed," Zelenskiy told Slovakia's parliament in a video address.

(Reporting by Jason Hovet and Robert Muller in Prague; Editing by Jan Harvey) 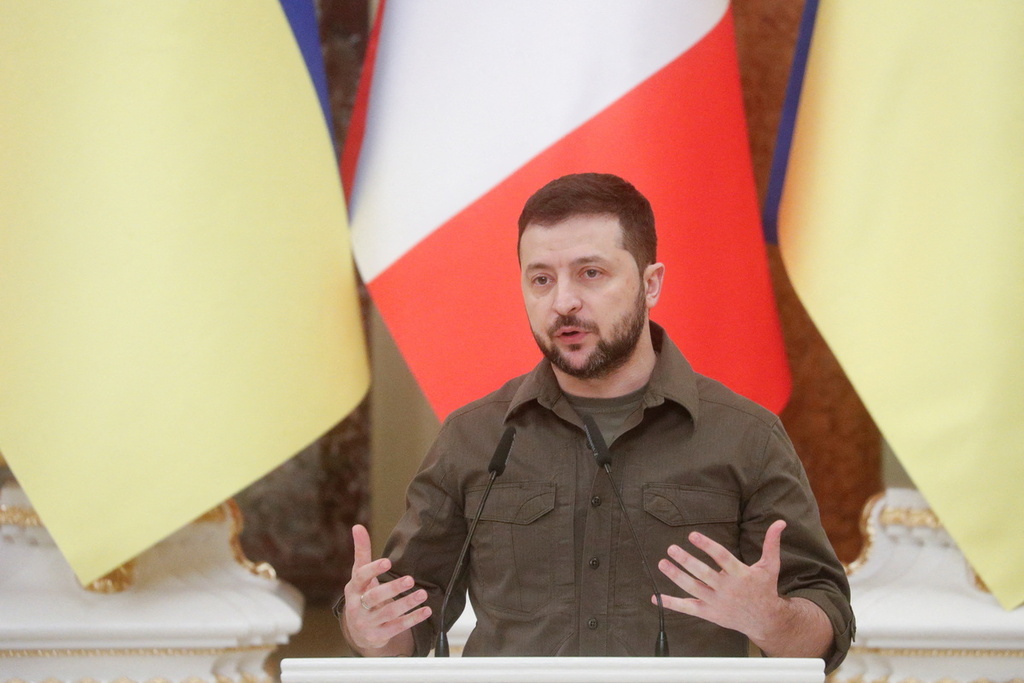 Canadian Prime Minister Justin Trudeau announced new weapons and equipment for Ukraine on Sunday after an unannounced visit to Kyiv,…