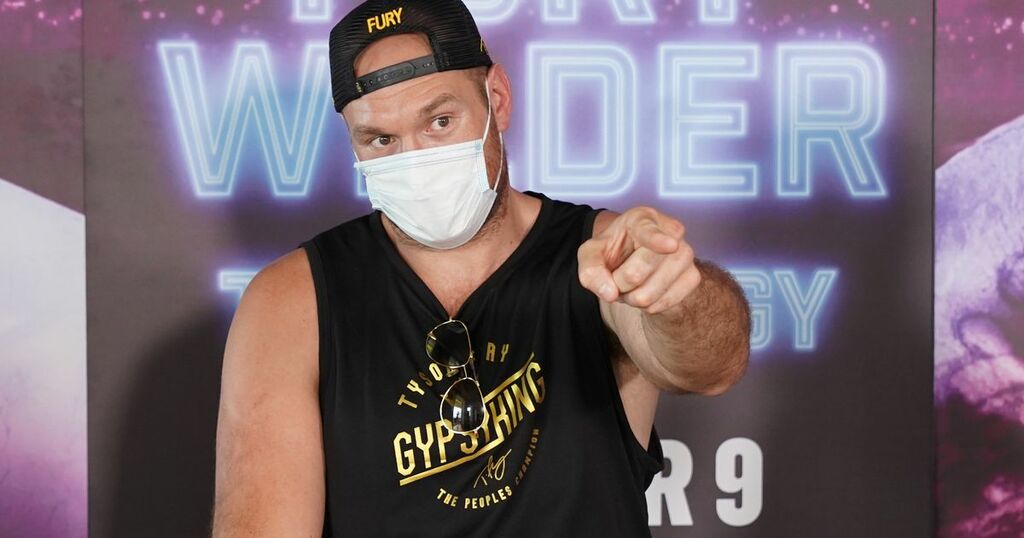 Tyson Fury has confirmed he contracted coronavirus twice with the second diagnosis forcing his trilogy with Deontay Wilder to be postponed.

Fury was set to fight Wilder in a trilogy bout in July, but was forced to reschedule the clash after a Covid-19 outbreak in his training camp.

The 'Gypsy King' has now confirmed that he did test positive for the virus, despite theories that the fight had been postponed as a result of poor ticket sales.

“That’s the second time I have had Covid now, I had it back in the first lockdown and then I got it again,” Fury told IFL TV.

“Covid is no joke that’s for sure, I didn’t feel I was totally dying at that point but I certainly wasn’t going to get cleared to fight because I was still positive.

“This virus has killed people all over the world and it is no joke, so people can believe what they want to believe.

“It is just opinions of sheep it doesn’t matter to me, I don’t give a f*** what they believe to be honest.”

Fury was understandably frustrated he could not take the fight as originally planned in July, with his last fight the second instalment of the trilogy back in February 2020.

And the 33-year-old plans to counter his inactivity with a fight in December, where he has offered to take on domestic rival Dillian Whyte.

“I have a bucket list for my next four fights after Wilder,” Fury told BT Sport. “I’m going to have a December fight because Joshua won’t happen then.

“It will be Wilder October 9, Whyte in December in a stadium somewhere when I will shut him up - that's an easy one!

"Then it's Joshua in March in Saudi Arabia, then a rematch back here in Wembley, and I will fight Chisora in my fifth and final fight, which takes me up to about two years.

“Then I might take two years off, go nuts again and then come back at 37 and do it all again because you can’t write me off."

Fury has claimed that he would be willing to ditch his belts in order to secure a fight with domestic rival Joshua, after their planned undisputed world title clash in Saudi Arabia was shelved.

And the 'Gypsy King' has also blasted his foe's "fake character", and has vowed with a confident prediction to "annihilate" Joshua in any showdown in the future.

The heavyweight champion's father John Fury revealed that he believed his son would pursue a clash with 'AJ' in December, but Fury himself claimed he was "never optimistic" of fighting the unified champion this year.