Turkey Says its Forces Will Remain in Syria to Counter Terrorism 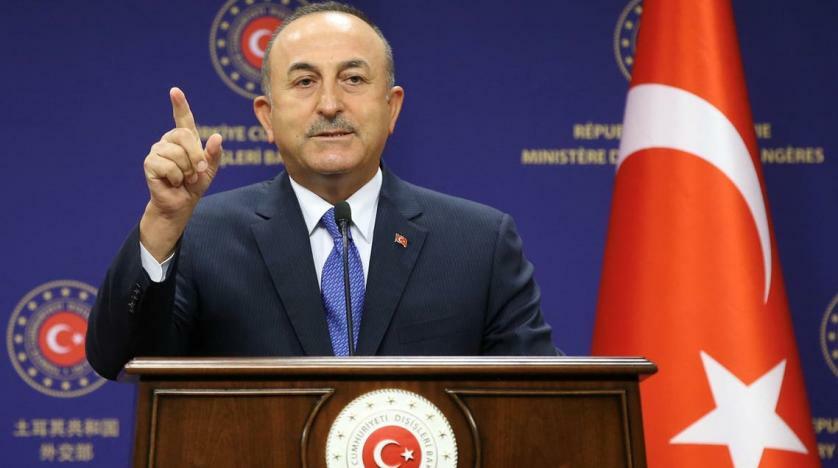 Turkey confirmed that it would not withdraw its forces from Syria due to terrorism threats, stressing that it is acting in line with international law and supporting Syria's territorial integrity.

Turkish Foreign Minister Mevlut Cavusoglu said that there could be no political meetings with the regime in Damascus. However, he indicated that diplomats meet with each other on security and counter-terrorism issues.

Ankara is not engaged politically with Damascus, but when it comes to security issues and the fight against terrorism, "there are always meetings, and this is normal," asserted Cavusoglu in a televised speech.

He added that "when it comes to the territorial integrity of the country and the PKK, at least for now, our opinion matches with that of the regime," referring to the Kurdistan Workers' Party (PKK), which Turkey classifies as a terrorist organization.

However, on Tuesday, Syria's foreign ministry denied a Turkish claim that there are ongoing meetings between their countries on security issues, including the fight against terrorism.

It said Ankara is the prominent supporter of terrorism and poses a threat to the stability of Syria.

Damascus "categorically denies the existence of any communication or negotiations with the Turkish regime, especially in the field of combating terrorism," a ministry official noted.

It has become known far and wide that the ruling regime in Ankara is the leading supporter of terrorism and that it has made Turkey a reservoir for extremism and terrorism, which poses a threat to peace and stability in the region and the world and flagrantly violates international legitimacy resolutions on combating terrorism, the source added.

The Turkish FM indicated that the US withdrawal from Syria is Washington's choice, but its pullout from Iraq and Afghanistan created chaos in the two countries.

Turkey is in Syria because of the dangers of terrorism and acts in line with international law and safeguarding the Syrian border.

He indicated that Washington's support for Kurdish units and the PKK runs against Ankara’s goals, adding that the US is in Syria for the sake of oil.

The FM noted that the Syrian people did not request the US presence, while Turkey is there to ensure its security from terrorists.

"Turkey supports the territorial integrity of Syria, and therefore our army will remain there."