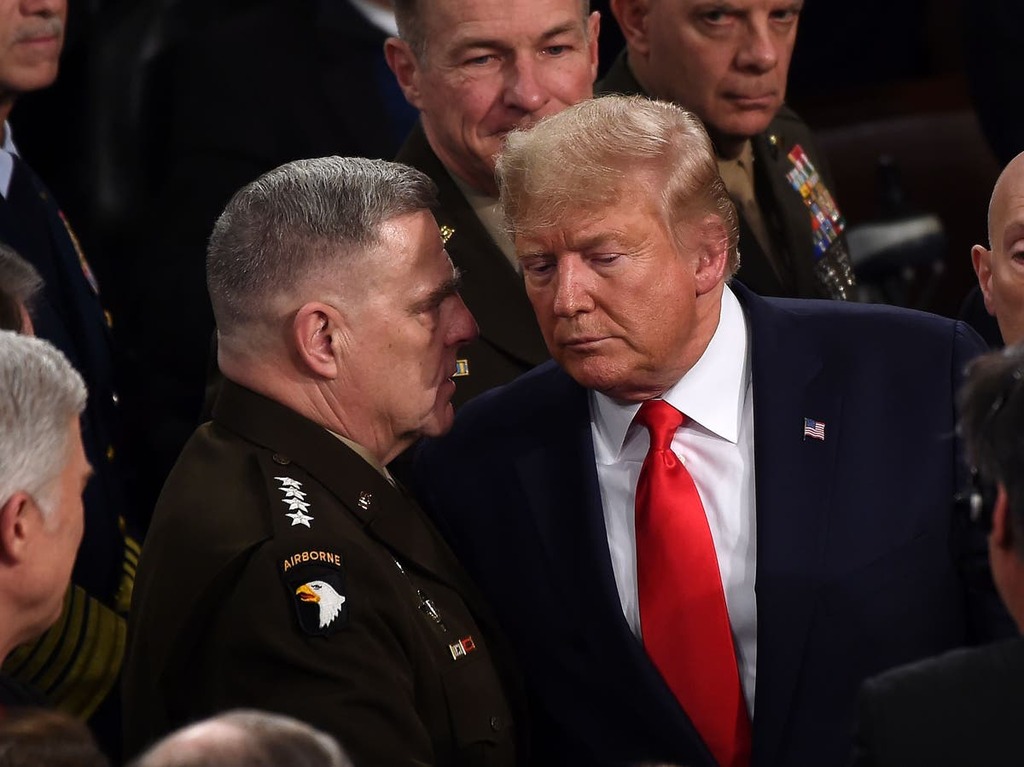 Donald Trump, speaking to conservative news channel Newsmax, said that “if it is actually true, which is hard to believe that he would have called China and done these things and was willing to advise them of an attack or in advance of an attack... that’s treason”.

Gen Milley, who is the current chairman of the Joint Chiefs of Staff, made secret plans to prevent Mr Trump from ever misusing nuclear weapons, claims Peril, a new book by Washington Post editor Bob Woodward and reporter Robert Costa.

The general made two calls to his Chinese counterpart General Li Zuocheng over concerns that Mr Trump could spark a war with China, according to the book.

He made the first call on 30 October 2020, four days before the presidential elections and the second on 8 January, two days after Trump supporters laid siege to Capitol Hill.

The book suggested Gen Milley was thoroughly disturbed by the attack on the Capitol and that he “was certain that Trump had gone into a serious mental decline in the aftermath of the election, with Trump now all but manic, screaming at officials and constructing his own alternate reality about endless election conspiracies”.

He assured his Chinese counterpart that the US was not going to attack China and if there were to be an attack, he would alert Gen Li ahead of time, the book says.

Gen Milley was elevated to the top military post by Mr Trump in 2018. However, he was quick to criticise the former president after he lost to Joe Biden in November 2020.

According to reports, the general was motivated to contact the Peoples Liberation Army (PLA) in January after House of Representatives speaker Nancy Pelosi asked him about the safeguards to prevent an “unstable president” from launching a nuclear strike.

“Madam Speaker, I agree with you on everything,” the general is said to have concurred.

He then reportedly hosted a secret meeting at the Pentagon on 8 January to review the process for initiating military action, including the launching of nuclear weapons.

Gen Milley told officials in charge of the war room not to follow orders unless he was involved. “No matter what you are told, you do the procedure. You do the process. And I’m part of that procedure,” the general reportedly told the officials, according to the book.

Peril was based on more than 200 interviews with people participating firsthand in the covered events as well as witnesses, its publisher says. The book is set to be released next week.