Tis the season to be foraging for feijoas

It is feijoa foraging season, determined by the days when the fruit fall from the bushes. This year the season began mid April and it continues. So, following in the footsteps of keen feijoa growers, I visited the Lindsay Pryor National Arboretum on Yarramundi Reach, a site used for research and recreation.

In 2013 Dr Mark O'Connor, of O'Connor, was given permission by the National Capital Authority to donate 24 feijoa cultivars which were planted and tended by the NCA. These were raised by Mark from scion cuttings for grafting, shared by readers of this column after a call went out for outstanding varieties. In April 2015 a further 16 grafted cultivars, also from Canberra Times readers and named for them, were planted out.

There is a list of the 40 bushes with names, leaf size or other features, timing of flowers and fruit plus specific tastes. A map indicated the position of each bush. Armed with same, I noted that the large earlier plantings, growing on a mound, had a good crop, though not yet ripe.

Other bushes, in a ditch filled with water, were either dead or struggling due to La Nina and drainage is being considered.

That led to a Canberra meander, looking at feijoas I knew from the past. Three magnificent hedges edging nature strips on a sloping street in Forrest were all well pruned. Fruit was scant though possibly taken by passersby of the human, possum, rat and currawong variety. A small feijoa "tree" which overhangs the road in my suburb had a reasonable crop but fruit were small.

Professor Jim Fox, in Red Hill, has a couple of large feijoa bushes planted 14 years ago and he has been sharing the excellent bounty. The heaviest fruit harvested so far weighed 97g. I don't want to encourage comparisons, like the weigh in before a boxing match, but the expert Mark O'Connor told me on May 2 that his Large Oval cultivar had three fruit weighing more than 100g, the largest 120g, while his Mammoth produced one at 123g and a Triumph weighed in at 101g.

In this column in May 2014 I wrote about a feijoa bush growing in the home garden of Pia Asa in Downer. The shrub was already planted in the garden and very large when she moved in 15 years earlier. In 2014 she harvested 15 kilos of fruit, the largest one to drop was 156g which we thought was a Canberra record. However on June 1, 2017, her heaviest feijoa weighed 202g.

The tree hasn't been fruiting as much in the past few years which Pia puts down to it having to be pruned regularly to prevent it impacting the telephone wires. However it looks very healthy and provides shade for the chickens in an adjoining coop and the bush benefits from their fertiliser.

Pia Asa comes from a family of farmers who have lived in central Finland since the 1600s. She makes a feijoa and lemon cordial from the juice in a Finnish juicer-steamer. One of the cultivars planted at the Lindsay Pryor National Arboretum came from Pia.

Ten years ago Mark O'Connor gave Pia a "Sylvie Sampson" feijoa about 50cm tall. It is now taller than the 1.8m fence behind it. Following a rough start when a possum broke the main trunk, Pia taped it together with electrical tape and, she says, "lo and behold it survived!"

When we interviewed Teresa Zarlenga of Red Hill for this column (Kitchen Garden, March 1, 2020) the Canberra Times photographer and I were served a slice of delicious feijoa cake. Now Mark O'Connor has visited that garden to admire the fruit trees and also eat some of the cake. Teresa has generously agreed to share the recipe which is her own.

**Preparing the feijoa: cut in half and scoop with a teaspoon or peel with a potato peeler and chop.

Or, for a totally different taste, top and tail the feijoas and grate. Fold in the two cups of feijoas.

Note: use only a bundt tin for even cooking.

Note: Teresa never makes one cake at a time, when the oven is on she has been known to bake up to six cakes. This cake freezes well. Currently she has 10 cakes in her deep freezer. 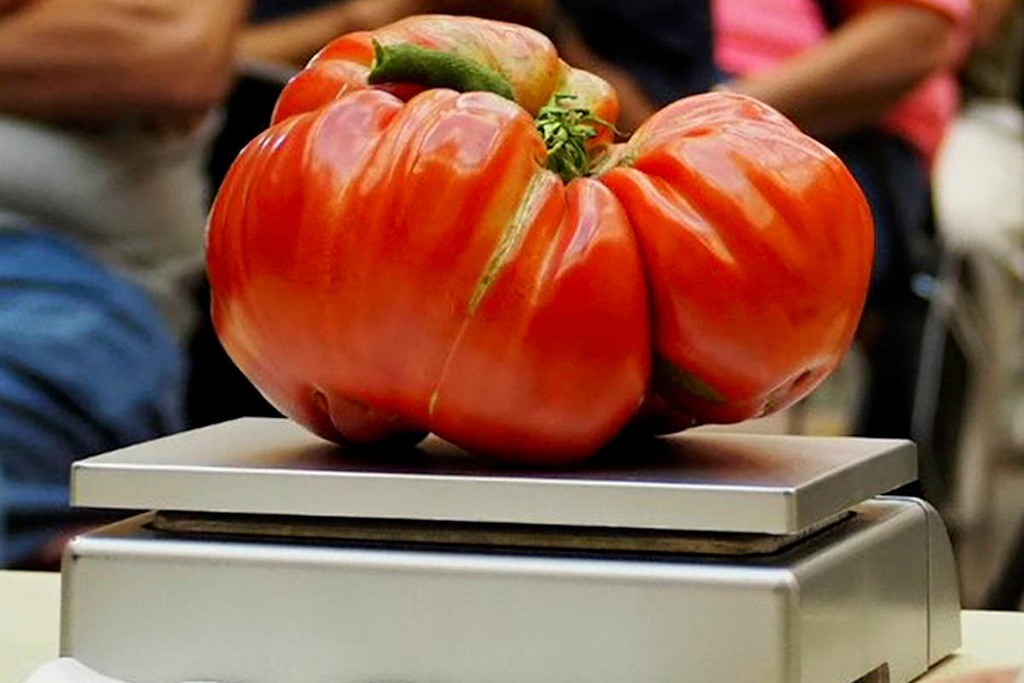 All the ingredients for a superbly decadent spring feast. By Joe Trivelli