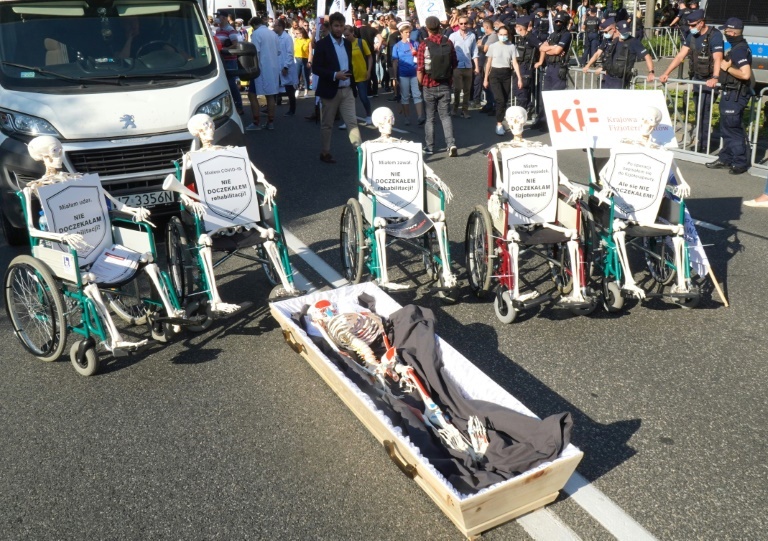 Warsaw (AFP) - Thousands of medics rallied in Warsaw on Saturday for better pay and conditions, criticising the government for failing to compensate them for the added workload during the pandemic.

Nurses, doctors and paramedics marched through central Warsaw, holding a minute's silence outside the presidential palace in memory of the 500 medics killed during the pandemic.

"We Don't Live Long Because We Work Hard", "Come to the Wards: They'll be Closing Soon" and "We Demand Decent Salaries", read some of the placards at the protest, where some participants  waved European Union flags.

Talks between the protest and strike organisers and the health ministry on Friday ended with no agreement and Health Minister Adam Niedzielski dismissed the demands as "absurd".

"This is blackmail politics," he said, adding however that he had invited the protest committee for more talks on Tuesday.

Poland's health system was put under severe strain by the pandemic this year and officials are concerned about the growing rate of coronavirus cases as vaccinations slow down.

Some 59 percent of Poles are fully vaccinated -- compared to an average of more than 70 percent across the European Union.