SCOTTISH racing great Sir Jackie Stewart is giving motorsport and classic car fans an exclusive treat at one of the biggest events in the 2022 automotive calendar.

The 1969 Matra MS-80 02 that powered Sir Jackie to his first Formula One title is to be driven in Scotland for the very first time at a major motoring festival.

And it will be the F1 ace himself who will be at the wheel of the stunning machine at the Sir Jackie Stewart Classic at Thirlestane Castle, near Lauder in the Borders, on the weekend of June 18 and 19.

The car was a dominant force in the 1969 season and was a triumph of teamwork between the French car-maker Tyrrell and Ford’s Cosworth engine. It even needed a little help from Dunlop tyres to seal the deal in the rain at Monza in Italy.

This is a remarkable piece of motorsport history and the car looks as pristine today as it did on the grid for the opening Grand Prix of 1969 at Kyalami in South Africa.

The partnership between Matra, Tyrrell and Ford had an immediate reward as Sir Jackie instantly felt at one with the car and stormed to victory, clocking the fastest lap along the way.

Montjuic circuit in Barcelona saw a second victory for Sir Jackie, but he had to settle for pole and fastest lap next time out on the streets of Monaco, as he was forced to retire from the race.

Then came the blitz of points that would make him champion. Sir Jackie powered the Mantra to victory at Zandvoort in the Netherlands, Clermont-Ferrand in France and, even more sweetly, the British Grand Prix at Silverstone.

Second place at the Nurburgring in Germany set up Monza, where a hard-fought victory in Italy clinched the world title. The Matra MS-80 02 is the latest stunning addition to the line-up at Thirlestane Castle.

Sir Jackie’s other two world championship-winning cars, the Tyrrell 003 and Tyrrell 006, will also be on display at the Sir Jackie Stewart Classic presented by Rolex event.

However, fans will get to see the Matra MS-80 02 up close and personal and hear the Cosworth engine roar as Sir Jackie drives it in a parade packed full of star cars.

The event will be held in aid of Race Against Dementia – a global charity founded by Sir Jackie to raise money to fund innovative research to find a cure for the cruel and life-changing disease.

The condition affects more than 50million people across the globe – including the Scots racer’s beloved wife, Helen. And the latest research predicts that, of everyone born today, one in three will suffer from dementia.

The family-friendly motoring festival at Thirlestane will also celebrate the 50th anniversary of the Borders Vintage Automobile Club (BVAC) and its award-winning classic car show.

Exhilarating live-action will be provided by the Scottish Motor Racing Club as classic and contemporary cars, including Formula 1 machines, hurtle up the castle’s sweeping driveway.

An Octane Car Show on the Saturday will feature some of the country’s most impressive modified and performance cars.

And the following day, visitors can admire a display of more than 1200 veteran, vintage and classic cars, motorcycles, American cars, and commercial, agricultural and military vehicles as the BVAC Classic takes centre stage.

The weekend will also showcase the best of Scotland’s culture, with a chance to enjoy the finest food and drink or browse a range of arts and crafts in the retail village.

There will also be an extensive children’s play area, as well as an array of fun and educational activities for kids.

But with so much to see and do, you might prefer weekend tickets – £35 for adults, £28 for concessions and £99 for families. Best of all, children under the age of 12 can gain free entry. 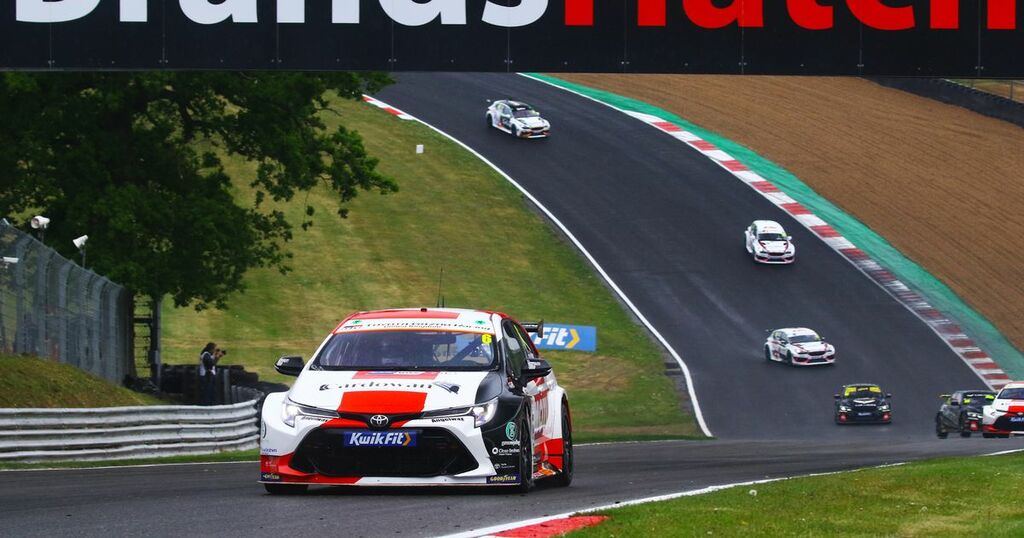 Peugeot has confirmed its new 9X8 Hypercar will make its FIA World Endurance Championship debut at Monza in July, and…