By As told to Katie Cunningham 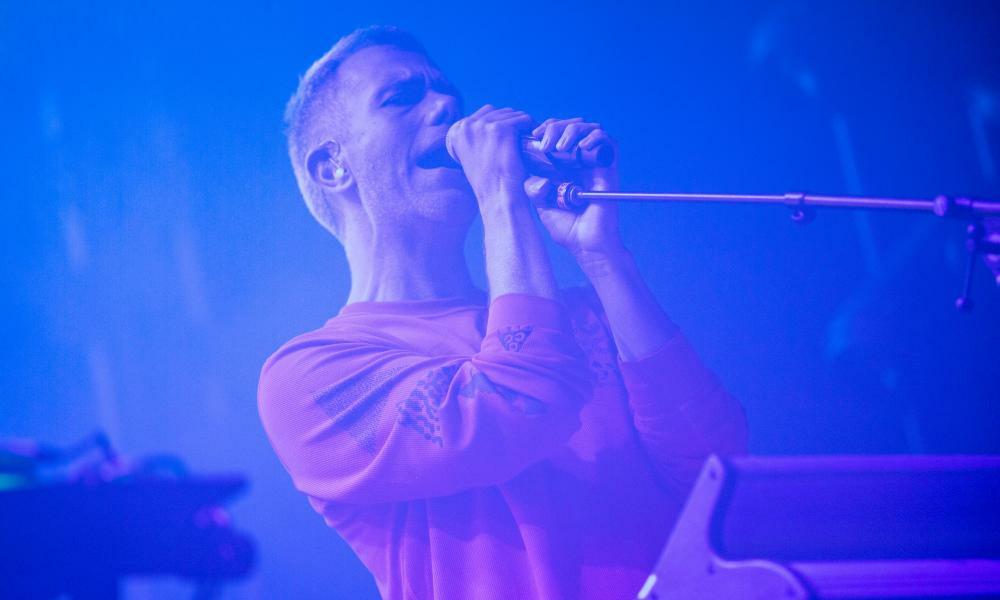 Julian Hamilton was a student at the Sydney Conservatorium of Music when he crossed paths with Kim Moyes. It was a fortuitous meeting – the pair eventually went on to become the Presets, the electronic music duo who were first a fixture of claustrophobic clubs and eventually big festival stages throughout the 2000s.

More than 15 years on from their first EP, the Presets are still going strong. But with Covid forcing a touring hiatus, this year Hamilton decided to try his hand at something new: making music by himself. His debut single as a solo artist, City of Love, arrived last month, with more songs set to come across the summer.

But if it wasn’t for a gift from his dad, Hamilton says, his music career may never have happened. Here, he tells us about the synthesiser that changed his life, as well as the story of two other important pieces of history – one a personal triumph, the other a loss for his entire neighbourhood.

My brother and I were introduced to Kraftwerk through a family friend in the early 80s. The German synth legends made a huge impression on us as young kids with their futuristic, robot vibes.

Decades later I was performing at the Big Day Out and Kraftwerk were also on the bill. Their show was incredible, and I watched it multiple times as the tour travelled across the country. I carried this copy of [their album] Autobahn around with me hoping to get it autographed, yet each time I approached them I was waved off by a scary looking German bouncer type who shook his head and simply said in a deep voice, “Later.”

I’d all but given up by the time we’d reached the final stop in Perth. I was walking through the backstage area when a white Tarago suddenly pulled up in front of me, the door opened and out stepped bloody Ralf and Florian. The only thing standing between them and their band room was this young idiot holding their LP and a Sharpie. They must have figured it was easier to simply sign and move along – which they begrudgingly did, and it sits on my studio wall to this day.

My dad bought me a synthesiser – the Roland Juno 106 – when I was a kid, so that I had something to practise piano on when I went to his house. I rarely practised my scales on the Juno, I was more interested in making cool “breakdance” noises and laser gun sounds. My brother and I loved mucking around on it recreating our favourite scenes from sci-fi and horror movies.

The keyboard subsequently lived under a bed for years until one day in 1995 Kim [Moyes, my partner in the Presets] and I discovered it at Dad’s place. We realised that this was the instrument used by our favourite bands like the Chemical Brothers and the Prodigy. Kim instantly asked me to join his band at the time, Prop, and within a couple of weeks I was creating acid squelches and glassy chords with Prop on small corner stages in pubs around Sydney’s east.

Years later Kim and I formed the Presets and I have played this same Juno on every album we have ever made. It’s fair to assume that if we had not rediscovered this keyboard under the bed that day, my career would have turned out very differently.

The thing I most regret losing

There is a pedestrian tunnel under a train line near my house. Once upon a time it was covered end to end with wild tags and graffiti, put up over the years by local kids. The tunnel was completely thrashed, scrappy and messy, yet alive and burning with movement and colour. I loved walking through the tunnel and found new details every time I passed by. Whilst admittedly not to everyone’s taste, I personally found it way more enthralling than the council-commissioned “street” art so often championed by tourists and edgy real estate agents.

I didn’t technically “lose” it, but I was devastated to discover one day that the local authorities had completely whitewashed the tunnel. Vibrant layers of punk hieroglyphic patina built up over the years were destroyed in a couple of hours by bureaucrats with a tin of white paint. Total bummer.

To my pleasant surprise I discovered that local artist Josh Harle had, only days before, taken a camera down and documented the entire tunnel, using his hi-res photos to stitch together this incredible virtual 360° walk through. The graffiti tunnel lives!