The Guardian view on swallows and swifts: nature’s messengers

Swifts are back in UK skies, putting an end to the annual hiatus when nature seems to hold its breath, awaiting successive waves of migrant birds whose twittering is the soundscape of summer. But these are worrying times. The swift has joined that traditional herald of summer, the cuckoo, on the RSPB’s latest red list of endangered species, following a 58% fall in their numbers since 1995.

Billions of birds are disappearing, according to a report released this month. “Birds truly are the canary in the coalmine as indicators for the health of our planet, given their sensitivity to ecosystem changes, their ubiquity around the planet, and how well studied they are,” said Patricia Zurita, of BirdLife International.

The phrase “canary in the coalmine” has a new potency in our time of environmental crisis. Coalminers carried caged canaries to warn of lethal gases, in an industry that is now itself largely extinct, but has left a deadly legacy in the air that we breathe. However, the image has risen above its origins, marking the collective consciousness. “The caged bird sings / with a fearful trill / of things unknown,” wrote Maya Angelou, turning it into an emblem of the civil rights movement in the US.

Outside cages, birds have a different meaning. “The flying bird is the ultimate symbol of freedom. They don’t know borders, they need no visas or permissions,” wrote Oleksandr Ruchko, who has been leading birdwatching tours in Lviv for refugees from his country’s shattered cities, in a country diary column for the Guardian. In times of trauma, the return of birds – in this case the stork – has always brought hope. In the Old Testament, it was a dove that showed Noah all was not lost, by carrying an olive branch to the ark.

But birds are also unknowable creatures, whose evolution diverged from that of mammals in the dinosaur era, and whose survival skills challenge common notions of intelligence. In the absence of easily collectible evidence, the Canadian ornithologist Louis Lefebvre fell back on anecdote in constructing what would become the first scale of avian intelligence. He recorded cowbirds that picked through dung with twigs, herons that fish with flies as bait, and vultures that perched on barbed wire above mined land, waiting for passing antelopes to blow themselves up. “Many of our cherished forms of intellect appear to have evolved in birds quite separately and artfully right alongside our own,” wrote Jennifer Ackerman in her bestselling book The Genius of Birds.

The swifts that made their way back from southern Africa never land except to lay and hatch the next generation. They can close one eye and send half of their brain to sleep in order to complete their epic flight. “Swifts are magical in the manner of all things that exist just a little beyond understanding,” writes Helen Macdonald in her powerful essay collection Vesper Flights. So many such migrants have been ominously late this year. The thought that one day they might not return at all is one that we ignore at our peril. 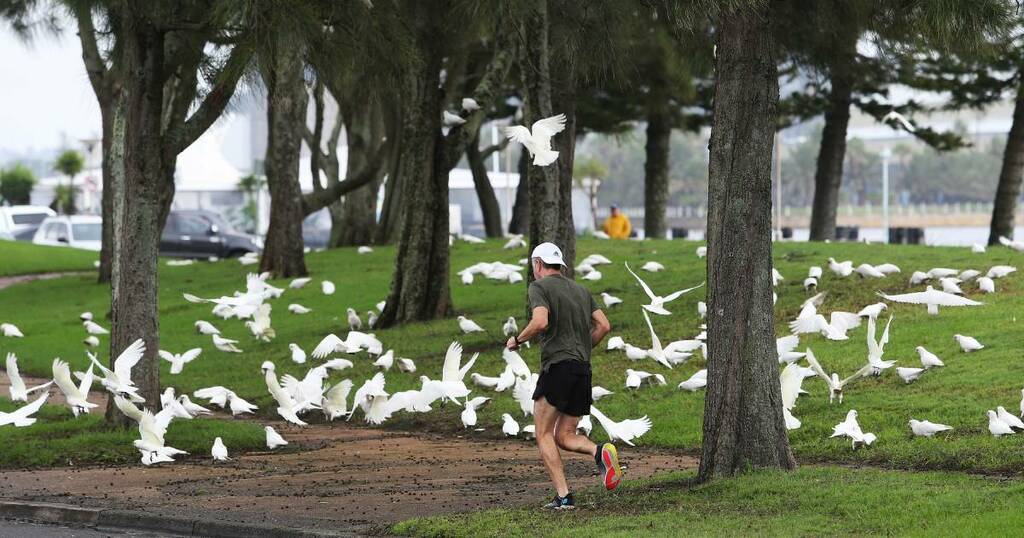 Survival in the city for homeless corellas
Such large flocks indicate the birds are in crisis, says expert.

The Guardian - UK
Where was the world's first zoo?

Curious Kids is a series for children of all ages. If you have a question you’d like an expert to…