The culture of consent 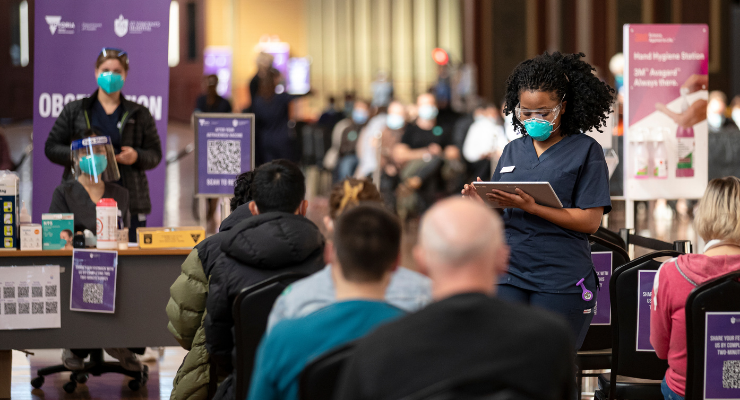 You know that something is pretty much a done deal when news reports announce it, and then add: “But there is concern that…” There is concern that abolishing taxes on the rich/killing all the bees/annexing the Sudatenland may etc etc etc.

Thus it is with vaccine certificates, workplace compulsion, passports, the whole deal. They were vaguely talked about for a while. Now suddenly, all at once, they’re here, and as pretty much a done deal. The “concern that” routine is pretty much a fig leaf to cover the conversion of our ostensibly democratic system into an openly administrative one.

With parliaments having been through periods of suspension, and all-encompassing rule by regulation laws rolled out, the way has been prepared for a sweeping transformation of life, without much debate at all.

Perhaps there wouldn’t be much actual debate, even if such could be had. The Morrison government is not about to interrupt any process that might get it out of the monumental disaster zone as quickly as possible. The NSW and Victorian governments have to contend with both their own stuff-ups and being blamed for the feds’ huge failure on orderly vaccine rollout.

So there is no great pressure to have a full and frank discussion about bodily rights, sweeping laws and obligations, etc. And no opposition appears willing to become the awkward squad yet, though the wacky pirate ship of fools Matthew Guy now heads in Spring Street may give it a go.

But nor is there any great pressure coming from the Australian public. Although up to 20% of people appear to be anti-COVID-vax, the resistance is disorganised, a set of overlapping obsessions rather than a movement with a solid and well-formed ideological core. Although their numbers are significant, they have been simultaneously self-marginalising.

This would appear to be very much an Australian thing, for better and worse. Look one way and there’s the United Kingdom having some sort of debate about rights and freedoms, however cynical and actively lethal its government may have been. But look right and there’s the United States, where whole Republican state governments have actively sought to undermine both lockdowns and vaccination — and now have overflowing ERs as a result (at last, the “death panels” they always wanted!). Then there’s us, pretty eager to get on with it.

The situation shows our distinctive political nature. We are a statist society, whose willing consent to be not merely organised by the state but defined by it is substantial. What has obscured that statism has been the introduction of market individualism into every corner of life in the past 30 years. But note, that didn’t come with any great push for more constitutionally enshrined rights. Indeed, many on the right banging on about Dictator Dan opposed any sort of bill of rights that would have made Victoria’s sweeping lockdowns impossible. Nope, beyond all this kitsch about “dobbing in” etc, we not only consent to be ruled, that consent is an expression of our culture.

We have, or once had, firm views on the program governments should undertake, and that was how we expressed our public will. And it’s in that spirit that a more cautious, political and reflexive approach to vaccine compulsion should occur. And should be led by progressives and the left. Those bemoaning the resistance of crazies should remember that it’s not nothing to authorise the state to tell people what to do with the interior of their bodies, and doing so has consequences. The right to abortion is underpinned by that boundary — and especially the right to abortion on demand, the removal of the state from any adjudication of what counts as a “legitimate” reason.

But there are others in the pipeline, so to speak. The use of complex psychotropic drugs, smart drugs, neural implants are here. Will employers, for example, be able to demand the use of such in the future? Will policing regimes — such as the “pre-crime” policing of domestic violence being trialled in Queensland — be followed by court-ordered medication of those who have not actually been “mental health”-sectioned?

You can be pretty sure bosses and governments will try all these and vaccine mandate regimes will be the precedent. Nevertheless that does not, of itself, invalidate the use of such restrictions. But it does demand that we think about how the particular forms of it fit together — i.e. whether it is administered by the state, or by private bodies.

The libertarian/classical liberal answer is, I presume, simple in some regards. Private owners have a right to who comes on to their property and who doesn’t. You can’t come in wearing those shoes, and without a vaccine passport. But those property rights have been limited by law repeatedly on grounds of race, gender etc, so on which side of that line does vaccination fall? And to what services does it apply? You can throw a drunk or someone in a swastika T-shirt out of your pharmacy, but it’s quite possible you shouldn’t be able to refuse service to the unvaccinated.

If this is left to private providers to determine, will we end up with some sort of nightmare patchwork of rules which make social life and organisation impossible? Or chaotic, with vax-only and anti-vax services opening? Irritating, dysfunctional chaos, the libertarian utopia.

No, this seems a situation where positive freedom is maximised and the attacks on negative freedom minimised by the state taking a comprehensive but reflexive role, and trying to develop the simplest, clearest most rational regime of both vax compulsion and non-vax exclusion, so that what we end up with is the simplest possible “state object” — i.e. a set of laws and regulations — capable of being comprehended as a whole, for future debate and modification.

That might mean, for example, that domestic flights require vaccine proof, or a very recent negative test, but that trains and buses do not — simply on the principle that flights have checking regimes that involve a surrender of freedom, while surface transport does not. Cinemas and large venues could be authorised to demand it, cafes and pubs not.

That sort of process would also create a patchwork of regulations, but the patches would be larger, the pattern simpler. The alternative — which one is not unattracted to — is to go strongly the other way, and have a strong, actively enforced vaccine mandate, pretty much requiring people to get vaccinated by this date or that, depending on first letter of surname.

Enforcing the idea of mutual obligation while clarifying non-impactful bodily rights (abortion, meds refusal, etc). All these things need to be debated. We have barely begun. Coming through all this will wholly change our ideas about what freedom and society are. “There are concerns that… ?” There are nothing but concerns at this stage.