Anyone who pigeonholes FINA’s decision on transgender athletes as an issue for elite swimming has their head in the sand. The same conversation needs to happen now in boardrooms and not-for-profits, around the family dinner table and in school staff rooms.

This is not the wedge issue it became during the campaign, with many politicians — including the former prime minister — ignorant to the personal heartache and the policy headache that transgender, gender-diverse and non-binary identifications create around inclusivity and fairness.

And nowhere is it more apparent than in our schools, where many teenagers struggle on that journey to find out who they are and who they want to be.

I know this because for the past 18 months I have sought the counsel of 1000 16-, 17- and 18-year-olds for a book titled L Platers: How to support your teen daughter on the road to adulthood.

The impact of gender identity is extensive. Students call themselves one name at school and another at home for fear of their parents’ reaction. Taping their chests so they don’t develop further. Having T, or testosterone parties, where testosterone is purchased online from China and injected. Calling Kids Helpline, asking to be put in touch with a psychologist.

It’s a tricky space for schools, including those boards — particularly in religious and private school communities — grappling with demands for alternative uniforms, extra toilet facilities, and how school sport should be run.

“I was appointed to run a girls’ school and that’s what I will do,” one school leader recently declared.

But it’s not that easy. “Single-sex schools are based on an assumption that they are all girls. That’s not true, even if our parents think it is,” one Year 11 student said.

Child and adolescent psychiatrist Dr Stephen Stathis, who is also the medical director of child and youth mental health services at Children’s Health Queensland, says there has been a significant escalation in the number of young people presenting with gender diversity and identifying as transgender.

Historically boys outnumbered girls in being referred to gender services, but medicos are seeing a big increase in the number of girls, specifically in adolescence. Only a fraction of those will go on to make up the transgender population permanently, but during their school years that identity journey envelops a much bigger number.

And that is creating the issue around toilets, for example, in all-girls’ schools, with some students wanting to use unisex facilities. In some schools, teachers are setting up “safe rooms” and agreeing to use non-binary names for students — except during parent-teacher interviews if parents are unaware.

Uniforms and sport create the biggest conflict. And according to some teens, “ugly” uniforms (shorts and pants) are chosen, putting a target on the forehead of those who choose to wear them.

That isn’t right. “This is not just something you pick up overnight and say: ‘I’m just going to try this on,’ ” Stathis says. “This sense of identity is something that lies deep within them.”

Our refusal to deal with this issue can be seen in the mental health statistics of those struggling. Almost one in two transgender or gender-diverse people have attempted suicide. Four in five transgender people have reported self-harm. About 70% report they have no support at home, and 80% of transgender young people report discrimination.

It’s not easy for any school, workplace or sporting body to decide on what it considers fair and inclusive. And it might even differ between organisations. FINA has chosen to address the issue — and has thus pushed the topic into consideration in almost every other environment in Australia.

Certainly, any discussion has not been helped by the incendiary views of candidates like Katherine Deves, or her support from Scott Morrison.

It won’t be easy, but that was the point Australian swimmer Cate Campbell was at pains to make, ahead of FINA’s decision: “I am asking everyone to take a breath, to absorb before reacting. Listen to the science and experts, listen to the people who stand up here and tell you how difficult it has been to reconcile inclusion and fairness.”

Usually inclusivity and fairness walked hand in hand, she said: “To create a place that is inclusive, is to create a space that is fair.’’

Swimming found it not possible for those two attributes to be in the pool at the same time, but that doesn’t mean others should come to the same conclusion.

L Platers: How to support your teen daughter on the road to adulthood is published by Hachette, and out now. 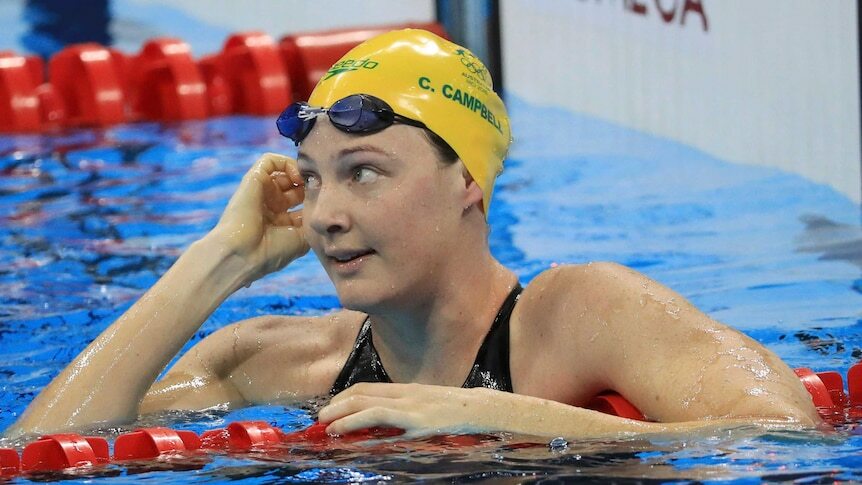 ABC News
From analysis to the latest developments in health, read the most diverse news in one place.
Sport-by-sport look at governing bodies’ stances on transgender issue

FINA’s position means Lia Thomas is unable to compete in the women’s category with immediate effect.

The National (Scotland)
From swimming to cycling, where different sports stand on transgender athletes