A 62-year-old man accused of shooting 10 people and setting off smoke bombs on the New York subway was taken into custody Wednesday and faces a federal terror charge.

Frank James -- who is suspected of detonating two smoke canisters on the train as it pulled into a Brooklyn station, before firing into the crowd -- was stopped by officers on a Manhattan street and arrested without incident.

"My fellow New Yorkers: we got him," Mayor Eric Adams told a news conference.

"There was nowhere left for him to run," added New York Police Department commissioner Keechant Sewell, whose officers made the arrest acting on a tip.

Announcing the charges against James, US District Attorney Breon Peace said he could face a life sentence if convicted of violating a federal prohibition on "terrorist and other violent attacks against mass transportation systems."

Michael J. Driscoll, the assistant director in charge of the FBI's New York office, also characterized the shooting as "a terrorist attack on mass transit."

No one was killed in Tuesday's attack, which left 13 others injured in the scramble to get out of the station, or by smoke inhalation.

James has nine prior arrests in New York, from 1992 to 1998, including possession of burglary tools and a criminal sex act, and was also arrested three times in nearby New Jersey for trespass, larceny and disorderly conduct, according to NYPD Chief of Detectives James Essig.

The New York Times and New York Post, each citing law enforcement sources, reported that James himself alerted police to his general whereabouts on Wednesday in a call he placed to a tip line from a McDonald's fast-food outlet.

Authorities told reporters they were still investigating what James' motive might have been. One focus of that inquiry, according to an FBI affidavit in the case, was a number of YouTube videos he posted addressing statements to New York City's mayor about homelessness and the subway system.

A YouTube account apparently belonging to James was taken down Wednesday for violating the online video platform's "community guidelines," the company said. 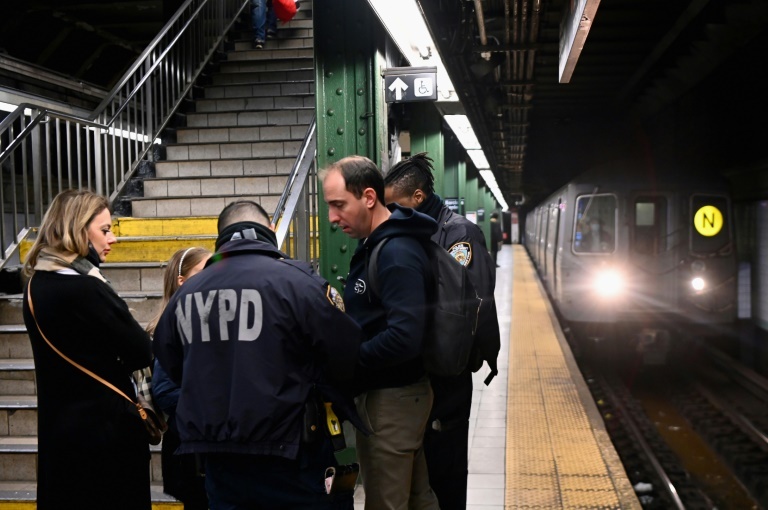 AFP
One subscription that gives you access to news from hundreds of sites
Suspect in New York City subway shooting arrested, charged with terrorism