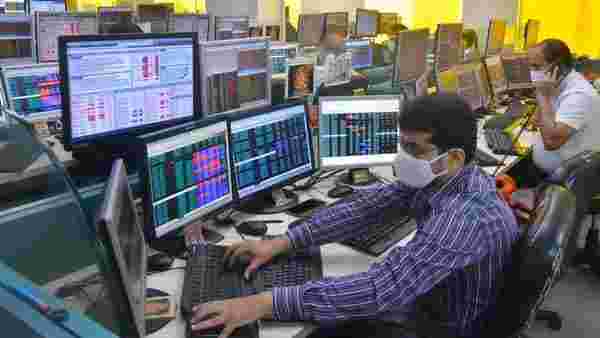 NEW DELHI: Here is the list of top 10 stocks that could be in focus on Tuesday:

ZEEL: Invesco Developing Markets Fund, the largest shareholder of Zee Entertainment Enterprises Ltd (ZEEL), has expressed concern about some of the terms of Sony Pictures Networks India’s proposed purchase of Zee, which the investor claims favour the promoters over ordinary shareholders.

Tata Motors: Has reported a 24% year-on-year increase in group global wholesales, including that of Jaguar Land Rover (JLR), to 2,51,689 units in the September ended quarter. Global wholesales of all Tata Motors' commercial vehicles and Tata Daewoo range were at 89,055 units, up 57% on year.

Vodafone Idea: Aditya Birla Group chairman Kumar Mangalam Birla is considering infusing some of his own capital into Vodafone Idea while the Vodafone Group may sell at least a part of its stake in tower firm - Indus Towers - and channel the proceeds into the loss-making telco. This will be followed by external funding, said a media report.

Bharti Airtel: Bharti Airtel and Vodafone Idea have moved telecom tribunal to challenge the Department of Telecom's demand notices for payment of ₹3,050 crore cumulative penalties in the points of interconnect matter.

Future Group: Future Group and Amazon are likely to start negotiations for a possible out-of-court settlement of a year-long legal standoff over the proposed sale of Future Group assets to Reliance Retail once the Singapore arbitrator gives its initial rulings later this month.

Tata Group: The Centre on Monday issued a letter of intent confirming the sale of its 100% stake in Air India to Tata Group for ₹18,000 crore. Last week, the government had accepted an offer by Talace Pvt Ltd, a unit of the holding company of salt-to-software conglomerate, to pay ₹2,700 crore in cash and takeover ₹15,300 crore of the airline's debt.

Adani Ports: Has said it will not handle EXIM containerised cargo originating from Iran, Pakistan and Afghanistan from 15 November. This will apply to all terminals operated by APSEZ and including third party terminals. The advisory comes after the Directorate of Revenue Intelligence (DRI) last month seized nearly 3,000 kg of heroin from Afghanistan at the Mundra Port.

Ashoka Buildcon: The company's special purpose vehicle Ashoka Khairatunda Barwa Adda Road, set up for six-laning of Khairatunda to Barwa Adda section of NH-2 in Jharkhand under NHDP Phase-V on Hybrid Annuity Mode, has received a provisional certificate of completion of 36.40 km of the total project length of 40.33 km.

Avenue Supermarts: Avenue Supermarts Ltd, the owner of D-Mart chain of retail stores, hit ₹3 trillion in market capitalisation on Monday with its shares surging over 70% so far in 2021. It is the seventeenth listed firm to achieve this milestone.