Here are five things you must know for Tuesday, August 30:

U.S. equity futures moved higher Tuesday, while the dollar retreated from its two decade peak and Treasury bond yields eased, as investors cautiously test risk markets ahead of a key series of jobs sector readings later in the week.

The dollar pullback, perhaps the most significant factor in the overnight optimism, was linked in part to bets on faster interest rate hikes from the European Central Bank, which will gather in Frankfurt for its next policy meeting on September 8 - two weeks before the Federal Reserve's next decision in Washington.

Bets on a 75 basis point move from the ECB, following its first move higher since 2014 last month, are now passing 50% in European rate markets as members of the central bank's Governing Council warn of inflation risks linked to the region's energy crisis.

Here in the U.S., with jobs data from ADP looming Wednesday, followed by weekly unemployment claims Thursday and the key August non-farm payroll report on Friday, investors are paring bets on a third 75 basis point rate hike from the Fed, although the odds are still pegged at around 68.5%, according the CME Group's FedWatch.

Market optimism was tempered, however, by news of fresh Covid lockdowns in China, where officials continue to enforce their 'zero Covid' health policies. Dalian's 5.9 million citizens will be unable to move freely for the next three days, while citizens in Shenzen will face strict rules on gathering and commerce following new infection outbreaks.

The reports kept a lid on global oil prices in overnight trading, with Brent crude contracts falling 40 cents per barrel to $104.72 and WTI futures slipping 10 cents to $96.91.

The U.S. dollar index was marked 0.32% lower against its global peers at 108.488 while benchmark 2-year Treasury note yields were holding at 3.417% in overnight trading.

In Europe, banking stocks powered modest gains for the region-wide Stoxx 600, which was marked 0.76% higher in early Frankfurt trading, while the MSCI ex-Japan index in Asia ended the session with a 0.64% gain even with the Covid-linked weakness in China stocks.

On Wall Street, futures tied to the S&P 500 are indicating a 35 point opening bell gain while those liked to the Dow Jones Industrial Average are priced for a 223 point move to the upside. Futures linked to the tech-focused Nasdaq are indicating a 142 point advance.

Bed, Bath & Beyond (BBBY) shares surged again in pre-market trading as the market's favorite meme stock found footing with retail investors ahead of its turnaround update later in the week.

The struggling home goods retailer, which reportedly secured around $375 million in loan financing last week, will update investors on its turnaround plans Wednesday, with a focus on both it near-term financing needs and any potential sale of its lucrative buybuy Baby division.

The stock's trajectory was disrupted last week, as well, by the sale of 9.45 million by activist investor Ryan Cohen, who dumped his entire stake in the group after just five months, netting around $60 million from the retail-powered rally.

Lucid, which cautioned earlier this month that supply chain disruptions would hammer its full year production forecasts, filed papers with the Securities and Exchange Commission for a so-called 'mixed shelf' offering that would allow it to issue various forms of debt or equity securities and market-determined prices.

Luicd said in early August that it has around 37,000 pre-orders for its luxury EVs, representing around $3.3 billion in potential sales, but also burned through more than $800 million over its last quarter as surging raw materials prices and supply chain snarls forced it to slash its full-year production target in half, to a range of between 6,000 and 7,000 vehicles.

Lucid shares were marked 0.8% lower in pre-market trading to indicate an opening bell price of $16.07 each.

Peloton said it needs extra time for its 10-K filing in order to properly calculate impairment charges linked to its decision to exit the so-called 'last mile' portion of its business to JB Hunt Transport (JBHT) and XPO Logistics (XPO).

The move, which is part of the broader turnaround plans under CEO Barry McCarthy, are forecast to cost post-production delivery costs by around 50% when fully-implemented, but form part of the $415 million in charges the group booked over the final three months of its fiscal year, which ended in July.

Peloton shares were marked 1.5% in pre-market trading to indicate an opening bell price of $10.63 each.

Best Buy (BBY) shares edged lower in pre-market trading ahead of the electronics retailer's first quarter earnings prior to the opening bell.

Best Buy is expected to post a bottom line of $1.27 per share for the three months ending in July, its fiscal fourth quarter, on revenues of around $10.24 billion.

Those tallies will be sharply lower than last year, however, amid a pullback in consumer spending and the inflated levels of spending in the summer of 2021 linked to post pandemic stimulus payments.

Best Buy is also likely to update investors on reports that it's shed hundreds of jobs earlier this month, just weeks after cautioning that same-store sales will likely slump 13% from last year's levels.

Best Buy shares were marked 0.4% higher in pre-market trading to indicate an opening bell price of $74.00 each. 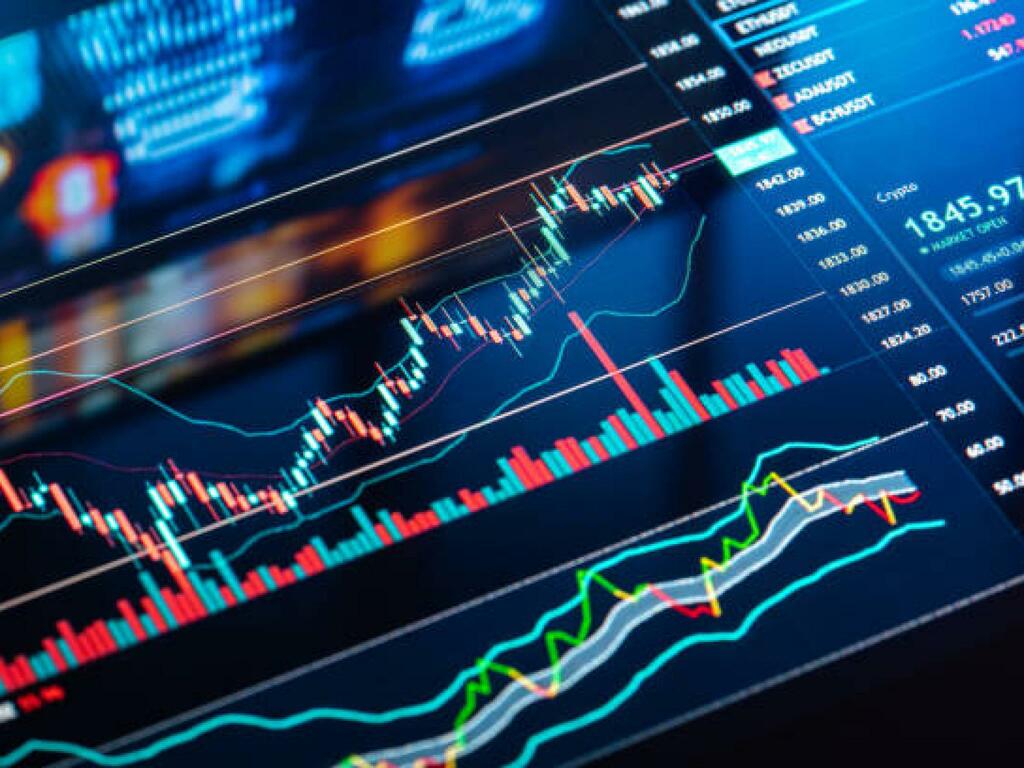 Benzinga
From analysis to the latest developments in health, read the most diverse news in one place.
Why Baudax Bio Is Trading Lower By 34%; Here Are 26 Stocks Moving Premarket

Benzinga
Single-Stock ETFs Would Let Bears Bet Against AMC, Tilray And Other Meme Stocks: What Investors Should Know

Benzinga
Why Cepton Is Trading Higher By 19%; Here Are 28 Stocks Moving Premarket

Benzinga
One place to find news on any topic, from hundreds of sites.
Dow, Nasdaq Futures Lower Following Friday's Sell-Off; US Dollar Surges To 20-Year High