'Smash Bros. 6' release date, predictions, and what's next for the series 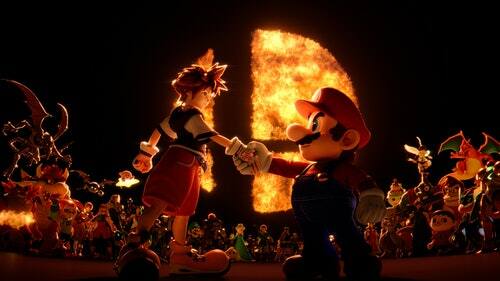 Super Smash Bros. Ultimate is the definitive crossover fighter. Nintendo released Smash Ultimate nearly three years ago, and since then the game has grown to include 89 characters, 116 stages, over 1,000 songs, and references to more than 450 games. Smash Ultimate’s roster has finally ended with Sora from Kingdom Hearts. So what’s next for the much-loved fighting series? Here’s what we know about a hypothetical Smash 6.

When is the Super Smash Bros. 6 release date?

Nintendo has not announced plans for Super Smash Bros. 6, so there isn’t a release date. Using previous entries in the series, however, we can estimate when a new game might arrive.

A new Smash game arrives approximately once in a console generation. Nintendo usually releases a new entry within their console’s first two years on the market. For instance, he GameCube launched on November 18, 2001 and Super Smash Bros. Melee followed on December 3, 2001. The Nintendo Wii hit shelves on November 19, 2006 and was followed by Super Smash Bros. Brawl on March 9, 2009.

Smash is one of Nintendo’s heaviest hitters, it likely won’t have a console generation without an iteration on the franchise. That means, we can expect Smash 6 sometime after the launch of the Switch’s successor.

During a February 2021 investor call, Nintendo President Shuntaro Furakawa noted that the console was in the “middle” of its lifecycle, suggesting the company envisions the platform will be around for eight years. Since the Nintendo Switch launched in March 2017, that would suggest new hardware would be out in March 2025. However, given the Switch’s continued success in the face of next-gen hardware like Xbox Series X and PlayStation 5, it’s totally possible the console will have an even longer lifespan.

Smash Ultimate is currently the third best-selling game on the Nintendo Switch. It’s only behind Mario Kart 8 Deluxe and Animal Crossing: New Horizons. If the current game continues to sell well, as it likely will for some time, there’s no urgent need for Nintendo to release a sequel for the current hardware.

What could come before Super Smash Bros. 6?

Alternatively, Nintendo could opt to release Smash Ultimate Deluxe on its next console instead of a wholly new entry. Smash games are often a herculean task to develop and each entry plays somewhat differently. A talented player in Brawl, for example, isn’t necessarily great at Ultimate. A hypothetical Smash Ultimate Deluxe would allow Nintendo to reduce development costs while coming with a Fighter Pass worth of new characters.

Mario Kart 8 began life as a Wii U game but exploded in popularity when it was ported to Nintendo Switch. Mario Kart 8 Deluxe introduced new items, characters, and vehicles to the game. In the near term, continuing to iterate on Smash Ultimate seems to be a more viable option than creating a new mainline game.

Perhaps there’s a Smash Mobile game in the series future? It would be easy to turn the massive roster into a gacha title. Fire Emblem Heroes has earned over half a billion dollars since it debuted in 2017. Mario Kart Tour has earned over 200 million since debuting in 2019.

Is there a trailer for Super Smash Bros. 6?

No, there isn’t a trailer yet. Nintendo has not announced any plans for a successor to Super Smash Bros. Ultimate.

What characters will be in Super Smash Bros. 6?

We don’t know what characters Super Smash Bros. 6 will include, but it could easily have all 89 characters that are currently in Smash Ultimate, given that each characters designs, stages, and movesets already exist.

Popular choices for new Smash characters include Goku, Waluigi, Jonesy, Tifa, Master Chief, and Master Hand. If there’s a Smash 6, one or all of them could be involved.