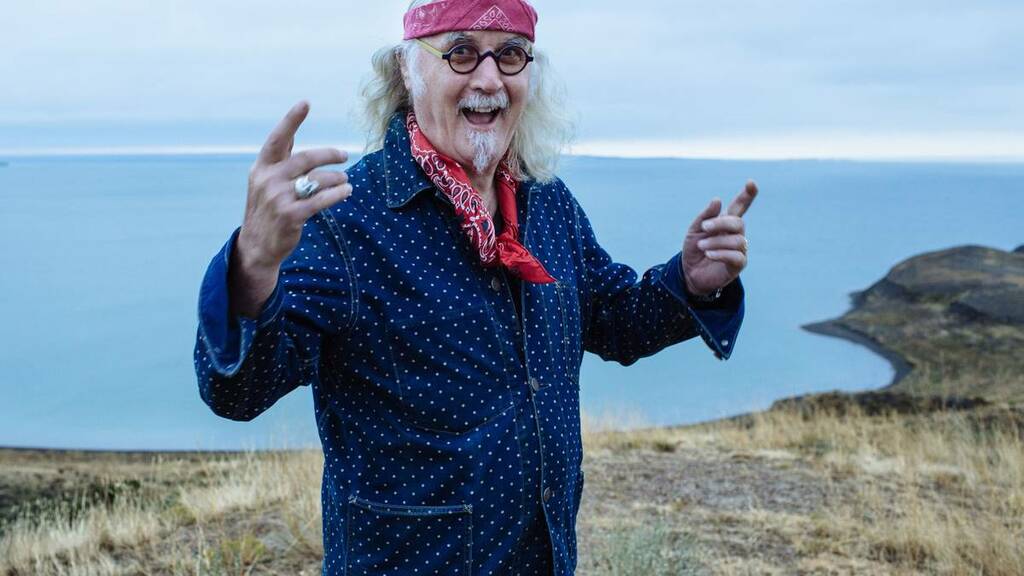 It was while working as a welder in the Glasgow shipyards that Billy Connolly discovered he had a knack for comedy. With his fearless and outspoken approach to life — which includes his wardrobe — the Scotsman carved out a remarkable 50-year career and garnered a cult following with his outrageous sense of humour.

Following a double diagnosis of cancer and Parkinson's Disease, Connolly no longer performs live around the globe but is settled in Florida with his wife, New Zealander Pamela Stephenson — who he says saved his life.

As a young man, Connolly said he had a yearning to be famous.

His work in the shipyards was a revelation in humour, and the "smartarse" workplace quips taught him you didn't have to tell jokes to be funny.

His first performance on stage, came about because he was talked into playing back-up for his banjo teacher: "I was singing a song called St Patrick's Isle, which is about St Patrick sailing from Ireland to America, and coming across a whale which he thinks is an island.

"I was singing this song, and I forgot the words, so I started to explain it to the audience. I said I've forgot the words, but it's about a guy who's sailing the Atlantic in a leather boat - I was talking away and they started to laugh ... and so I got better and better and by the song was finished they were rolling with laughter - I thought 'oh yeah, that'll do!' "

As well as having Parkinson's disease, deafness also posed a problem for Connolly's stand-up career, until he recognised it and got a hearing aid. Without it, he said it was almost impossible to read the audience, build an atmosphere and deliver his quips with the right timing.

"I often described it as surfing to people, the wave of applause you treat it like a surfer. You let them clap, and then when it's at a certain pitch you step in and talk again."

Connolly credits Stephenson with saving his life. She encouraged him to quit drinking and smoking and tame his "rock and roll"lifestyle enough to take care of himself.

"I remember reading years ago... there was a guy and he said 'there's only one way to stop smoking, and that's to stop smoking'. And so I took that as my lesson and I just stopped, and it was easy - it was hard for about four days, good afterwards.

The description of Connolly as "windswept and interesting" was made by folk singer Archie Fisher, who delivered it in appreciation of Connolly's notorious eclectic style.

That day: "I was dressed in velvet - I got a girl in Glasgow to make me velvet clothes - I had a jacket thing with a hood that went down to my waist and it was lined in satin and flared velvet pants ...and the sleeves were flared as well."

Connolly is widely beloved, but his stand-up has faced opposition from some Christians for skits about The Last Supper and the crucifixion of Jesus.

"I've always thought that they're quite un-Jesus-like"

Connolly said he is not religious but does like using some Buddhist practices.

"I like what it does to me. I've meditated for about 30 years - that's another thing Pamela did for me."

The couple's move to Florida for the good life comes with the bonus of a fishing river at the back of the house where he can sometimes feed lettuce to manatee families.

"The sidewalk in New York gets very slippery in the winter, and the disease has made me badly unbalanced. So I was sliding all over the place, and she changed me to Florida where it never ices up."

Despite the warm weather there, Connolly said he's stopped enjoying spending time naked, due to the "horror show" of living with an ageing body.

But it's carried him on uncounted adventures, including time spent jumping out of aircraft in a parachute regiment.