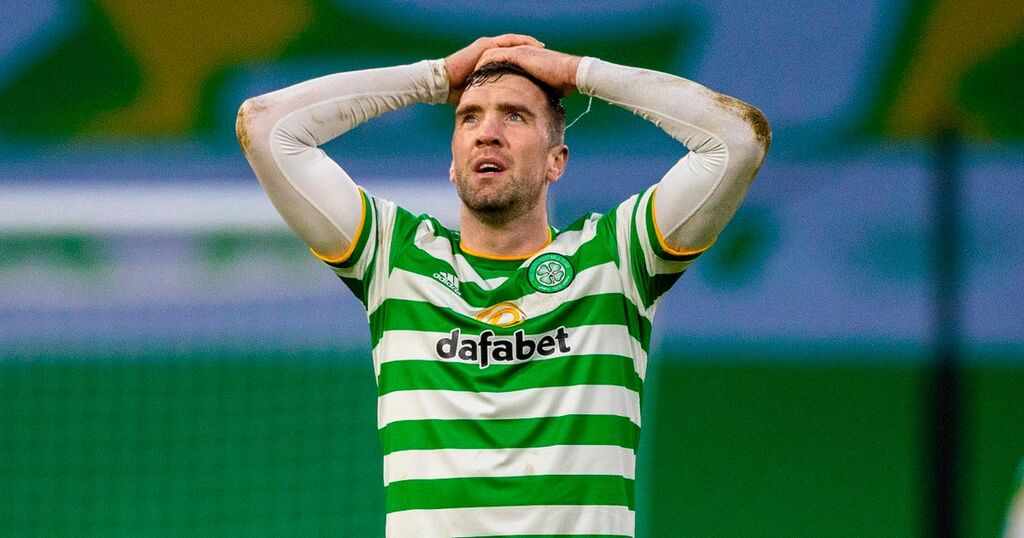 Celtic flop Shane Duffy is eternally grateful to Ireland boss Stephen Kenny for giving him breaks from his horrendous Parkhead spell even though his form meant his international place had been vacated.

And the Brighton defender insists even a "blind man" could have seen something was up last season.

The centre-back showed up determined to win 10 In A Row for his boyhood club but failed to hit the lofty heights expected of a regular in the English Premier League for many a year.

But Kenny continued to select him for Republic of Ireland although Duffy would be dropped for key World Cup qualifiers when he wasn't performing for Celtic.

He knows that was the right call and remains thankful he was even selected for squads when youngster Stephen Welsh was being picked ahead of him at the time.

Duffy said: "It was the right decision because I was nowhere near the level that I can show.

"A blind man could have seen that I was nowhere near where I had been at.

"He still brought me into the squad to be around the lads to help if I could even if I was not playing. I accepted that.

"You have to play well to play for your country so that was the right decision."