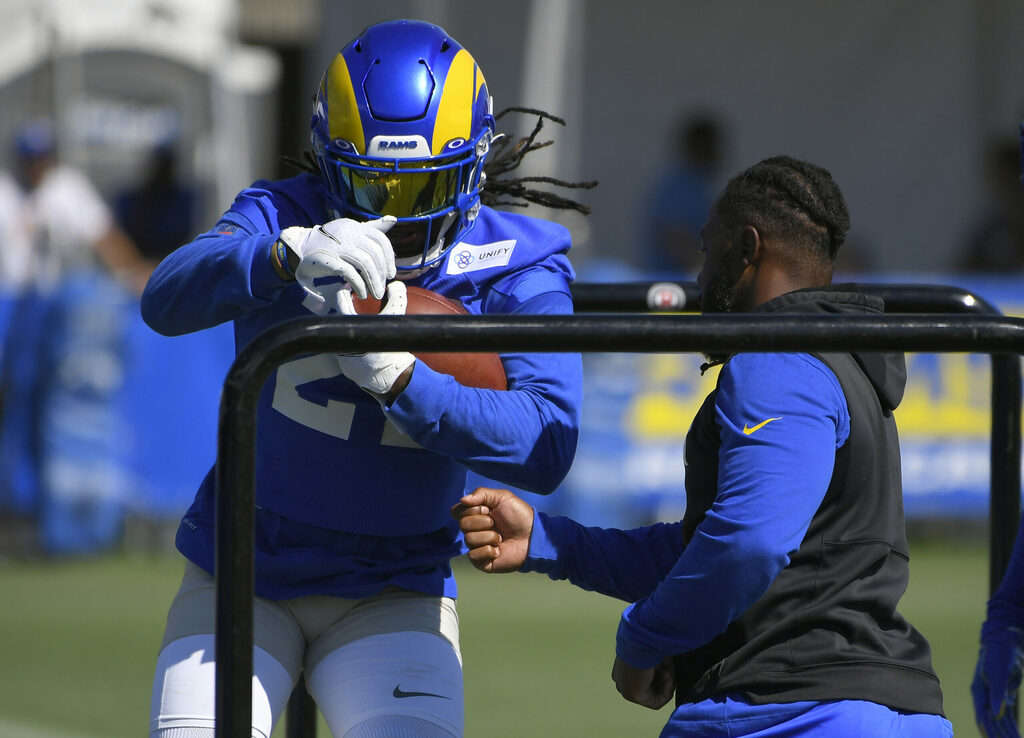 If you have Darrell Henderson Jr. or Sony Michel on your fantasy team, you’re probably dying to know how the Rams will use each player on offense this season. Unfortunately, you’re not going to get many answers from Sean McVay, even with the opener against the Bears right around the corner.

Both players are expected to contribute in one way or another, but their exact roles are still to be determined. McVay expressed continued confidence in Henderson and likes the way Michel has gotten acclimated in Los Angeles, also complimenting the job Jake Funk has done as the No. 3.

For now, it sounds like Henderson will be the lead back, which McVay hinted at on Wednesday, but Michel – and possibly even Funk – will get opportunities, too.

“I think that’s to be determined,” McVay said. “You guys know the confidence that I have in Darrell Henderson and you’d look no further than when we played these guys last year. He was tough in that game, leveled runs off against a really physical defense. When he’s played, he’s played at a really high level and we have a lot of confidence in Darrell. (RBs coach) Thomas Brown has done a great job continuing to push Darrell in the right way. Sony has had production that you could see over the last couple of years. Excited about what I think he can contribute and then Jake Funk is a guy that I don’t think it’s too big for him. He handled the preseason really well. He’s done a nice job of just getting better and better. Shows great maturity for a rookie, but I think it’s to be determined. But I do like the way that those guys complement each other’s skill sets, how we utilize them during the game. We’re still kind of working through but feel really comfortable with Darrell leading the way and then those other guys excited to see what they can do.”

McVay has hinted at Henderson being the lead back before, but he’s also made it very clear that they want to keep him fresh and not overwork him. That’s where Michel comes in, and it’s why the Rams traded two draft picks for the Patriots running back.

Henderson is a slasher who can rip off long runs, while Michel is better between the tackles, grinding out the tough yards in the middle. For fantasy purposes, it’ll be difficult to decide which player to start in the early going, but hopefully their roles will become clearer as the season goes on.