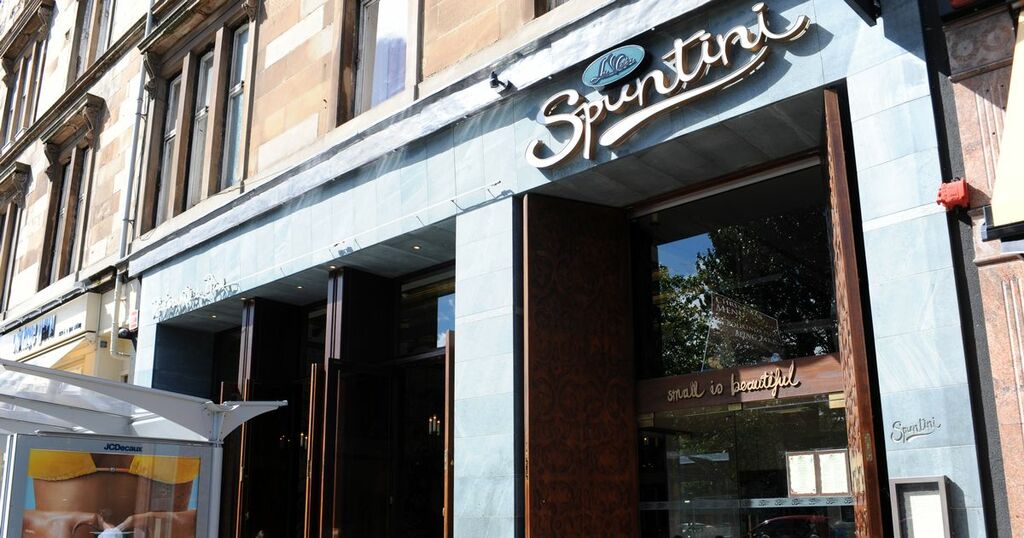 A restaurant worker has won an £11,000 pay out after a tribunal found he was racially abused and grabbed by the throat by a head chef.

Kitchen porter Vasilis Kodra took La Vita - a family-run business which has five Italian eateries in and around Glasgow - to an employment tribunal, claiming he was attacked and told “Albanians are f**king trouble” during a rammy with ex colleague Robbie Syme at the city’s Byres Road branch.

The Gordon Street branch which employed Mr Kodra has now been ordered to pay him more than £5,000 for racial harassment, more than £5,000 in compensation for unfair and wrongful dismissal and a sum in unpaid wages while he was ill with Covid-19.

Mr Kodra told the tribunal he was left with a scratch on his neck after the run in with former head chef Syme on October 6 last year, but was blamed by La Vita director Marco Arcari.

He claimed the dispute started a month earlier when he heard the chef saying: “Marco fills his f**king kitchen with f**king Africans, Albanians and Romanians.”

The porter said he was told “shut the f**k up and get on with your job” when he challenged Syme.

Mr Kodra tested positive for coronavirus soon after and was off work for 10 days.

When he returned he raised concerns that items had not been removed from the freezer for his food preparation that day.

He claims Syme again told him to “shut the f**k up and get on with it” before challenging him to go outside for a fight.

In its findings of facts in the case, the tribunal said: “Mr Syme was the aggressor in the incident. The incident was in a place which was covered by a CCTV camera.

“The claimant returned to the kitchen and a further argument developed during which Mr Syme shouted at the claimant ‘f**king Albanian’ and ‘Albanians are f**king trouble.’

“Mr Syme then lunged at the claimant and grabbed him by the throat.

“Mr Arcari senior then arrived in the restaurant. He was angry at the claimant whom he blamed for the incident before speaking to anyone to find out what had actually happened.

“Mr Arcari senior was aggressive towards the claimant and demanded that he take off his branded top and return it to him.

“Mr Arcari told the claimant that he was dismissed and was to leave immediately.”

The tribunal heard the head chef was also later dismissed, but not immediately due to a lack of cover.

Mr Kodra reported the incident to police but when officers attended the CCTV footage was no longer on the system and there was a lack of witnesses.

No one was charged in relation to the incident.

The tribunal said it preferred the evidence of Mr Kodra and dismissed claims he was aggressive at work.

It said: “It seemed to the tribunal that the respondents’ witnesses were willing to embellish their evidence and make up evidence where they thought that it might assist their defence of the claimant’s claims.

“The tribunal concluded that allegations of the claimant’s aggression and threats he had made were entirely made up by the respondent in an effort to paint the claimant as the aggressor in the events of October 6.”

The restaurant was ordered to pay £10,926.55 in loss of income, injury to feelings, lost pay and interest.

La Vita co-director Mario Acari said: “For over two decades we’ve been very proud to employ team members from many, many different cultures. That’s why we utterly condemned the unacceptable behaviour in this terrible episode and quickly dismissed the person responsible.”

Mr Kodra, who has since found new employment, declined to comment further when contacted by the Record.