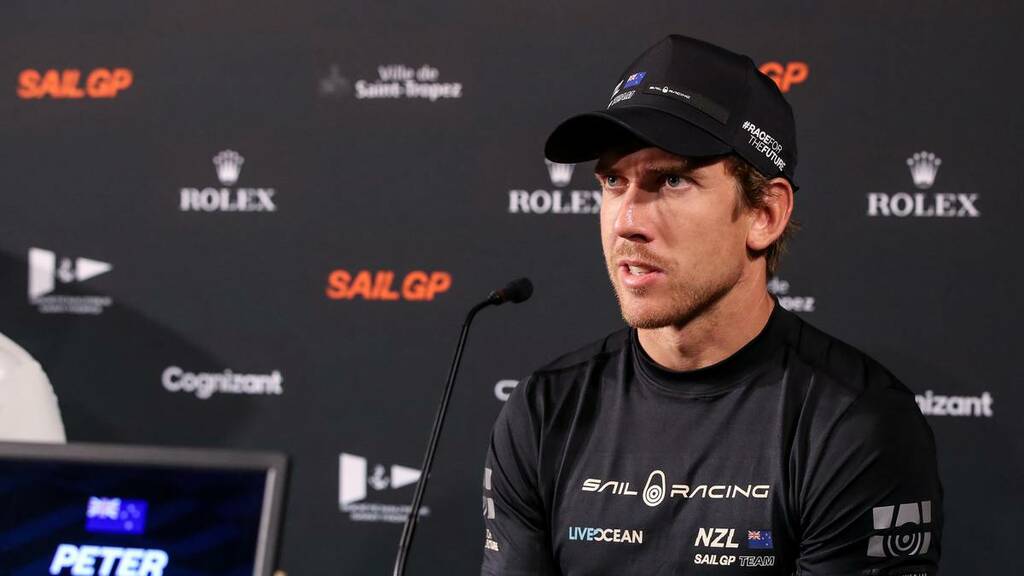 Peter Burling has answered the critics.

Heading into this weekend's SailGP event in France, the big question surrounding the New Zealand team was of their ability to progress through the fleet after the start of races. Through the opening four events of the season, it had been far from a strong point for the team still learning in their first season in the competition.

However, in light winds on the opening day in France, the Kiwis showed they're more than capable of coming from behind to surprise the other teams.

In just the second time sailing three-up (three onboard instead of the usual five due to light winds) for Burling, Blair Tuke and Andy Maloney, twice in three races the New Zealand boat had to recover from a bad start, with their start in the last race putting them well off the pace as they came onto the race course. While they were helped out by penalties to a couple of other teams, the Kiwis slowly progressed through the field to soon find themselves battling for a spot on the podium.

It was a tight race throughout and it looked like the Kiwis would have to settle for fourth, but a penalty against the French team in the sprint to the finish line gifted third place to the Kiwis, who were jubilant onboard as they crossed the finish line ahead of fellow Kiwi Phil Robertson's Spanish team.

Earlier in the day, Robertson got the better of Burling in the sprint to the finish line to decide third and fourth place in the opening race, making the most of having right of way with an aggressive manoeuvre to almost collide with the New Zealand boat, but ensure he crossed the line ahead of them. The New Zealand team held the lead throughout the race and looked set for a top two finish, but struggled to stay on their foils down the final stretch and had to settle for fourth.

The second race was similar to the third, though the start was not nearly as bad for the Kiwis. After starting toward the back of the fleet, the Kiwi trio were back in podium contention by the halfway point in the race and came home strong to finish in third.

With two third-place finishes and a fourth from the opening three races, the New Zealand team finished the day second in the standings for the event and in a great position to qualify for the podium race early on Monday morning, with two more seeding races preceding it.

The USA finished the day atop the standings with 20 points, followed by the Kiwis on 17, with Japan and Spain tied on 16 points.