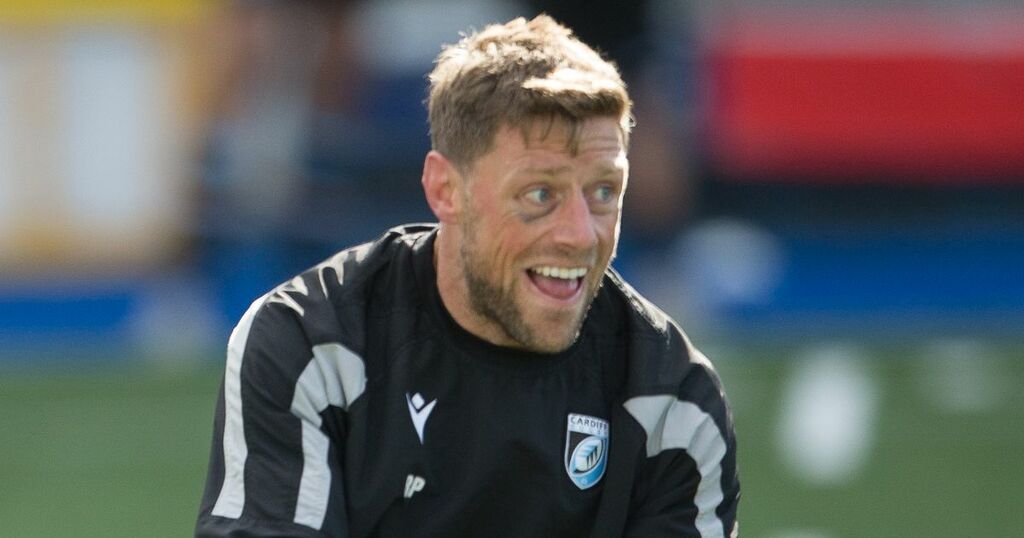 Here are the rugby morning headlines on Thursday, October 7.

Former Wales outside-half Nicky Robinson has backed 34-year-old Rhys Priestland to start against the All Blacks later this month.

Robinson believes the veteran can still cut it at the top level after watching him impress since joining Cardiff this summer.

Although Gareth Anscombe is also showing strong form for the Ospreys on his return after two years out injured, Robinson thinks asking him to take on New Zealand might be too soon as he strives to regain full match fitness.

Wales, of course, are without English-based Dan Biggar and Callum Sheedy, while Rhys Patchell is yet to play this season after injury problems of his own.

"Gareth Anscombe said post-match he still hasn't got 80 minutes in him yet so I think if you're asking him to play international rugby that would maybe be a step too far at the moment.

"So you're basically looking at Priestland. I think Anscombe will be involved in the squad. The problem is if he is not 100 per cent match fit to last 80, the step up to international rugby is huge, especially against New Zealand, so you probably err on the side of caution with him.

"I don't see why Priestland wouldn't be in Pivac's thoughts. He's a consistent player. People are injured and it might have to be a case of short-term cover."

Williams warned to take his time

Wales lock Adam Beard has offered advice to Liam Williams after the full-back had his appendix removed.

The Scarlets man is now a significant doubt for Wales' game against New Zealand on October 30, and Beard has told him not to rush his recovery.

Beard was dramatically admitted to hospital with appendicitis ahead of the 2019 Rugby World Cup and also had his appendix removed.

Asked if he thought Williams could recover in time, he said: "I don't think I was 24 days - I think I was a little bit longer than that. I remember I lost a lot of weight and size.

"If you look at Sanj he's not the biggest of guys! I hope he doesn't lose too much weight and size!

"I lost a fair bit so was nowhere near the size I needed to be to play Test rugby at second row. Fingers crossed Sanj has had good surgery and he can get back to recovering pretty quickly.

"If you’re losing too much weight, just get the food in, keep eating well and don’t push it too early because you don’t want to make it any worse.

"It’s a slow, gradual process but if he takes his time with the initial week or so he’ll be flying into it then.

"I only found out on Tuesday. I sent him a text, just asking how things were. He said he was all good and the operation went well.

"Fingers crossed he’s not too long."

'Do something to save rugby now'

World Rugby has commissioned studies examining the effects of fewer replacements and lower tackle heights, while contact training is also being reduced. But Halliday says more must be done, and faster.

"Change some laws fast," Halliday told the Telegraph. "Get on with it. Why are you waiting? I am sick and tired of hearing platitudes. Make some decisions. You can commission as many reports as you like, but all I know is that my wife won't let my boys play rugby. She is not a shrinking violet, but she says 'no way am I letting them play. Look at the head shots they take.'

"Participation levels everywhere are down, down, down. Make decisions and you will bring people back."

Halliday's warning comes amid the ongoing legal case involving a number of former players who have been diagnosed with early onset dementia.

Tuilagi 'could be one injury away from end of career'

Alex Sanderson has warned that Manu Tuilagi could be just one more big injury away from the end of his career.

Director of rugby Sanderson has revealed Sale will continue to limit England centre Tuilagi's appearances, in a bid to end his long-running cycle of injury problems.

Tuilagi sat out Sale's 25-15 loss to Exeter and could be absent from Saturday's trip to Gloucester too.

And boss Sanderson believes there is precious little margin for error left when it comes to Tuilagi and injuries.

"It's part of his long-term development," said Sanderson.

"Let's just talk about his history. For seven or eight years, he's only ever played 12 games in a season.

"I think he knows that if he gets another serious injury, that might be it. That might be his career.

"If you fail to learn from history, you are doomed to repeat it. Even though he's really fresh now and good to go, I don't want to be another coach in a long line of coaches who pushes him too hard so he gets re-injured at some point in the season.

"You've got to look at his past history and when he wants those games to occur, not just to keep playing him because he feels fresh. That's what has broken him every other time.

"Of course I want to play him because he's great for the team and is in good form, but this is more about him as an individual, getting him through the season and getting him fit for England, because that's the dream for us both, and, I'm sure, Eddie (Jones)."