Just around five days ago, architects heard a major news, possibly unheard of by the general public. It is a recognition and celebration of earth architecture and architecture for the earth.

The most prestigious Nobel-like award, The Pritzker Architecture Prize, has been awarded to the Burkino Faso-born architect Diebedo Francis Kere. Instituted by The Hyatt Foundation and funded by the Pritzker family, it is a nominated international recognition since 1979. When Indian architect B.V. Doshi got it in 2018, there were few Indian media headlines, not as many as it deserved. This time, there will hardly be any.

Actually, architect Kere comes very close to the agenda of Greensense essays, besides resonating the Indian situation as well. Should the design of a building emerge from the local context, conforming to cost consciousness, cultural connect and climate sensitivity? If yes, buildings by Kere do precisely the same.

And he went beyond, in fusing modernity into the tradition as well, charting a new direction for architecture where the communities of varied African nations for whom he designed, participated in the process. India needs this approach today, to which end everyone in the construction industry - owners, engineers, architects, developers, contractors, government and the institutions - should cooperate.

Kere being awarded proves that the local and ecological also have architectural values worthy of being recognised, a major departure from the award routines where only the large, prestigious and visually exciting buildings have architectural values, hence get awarded. India may have hundreds of people working in this direction today, and may never be known and awarded. So, this award should be taken as legitimising and recognising all those involved in small, sensible and sustainable projects.

Kere has no major iconic grand designs to his credit yet, but has been in news since he won Aga Khan Award in 2004 for his socially conscious projects in his native country. Around that time, he settled in Germany to start his consultancy, focusing on African nations and many international commissions for installations, pavilions and small structures - mostly simple, contextual and unpretentious – where tradition and modernity get fused.

At the age of 56, fairly young age to win Pritzker, he already has one book to his credit, ‘Momentums of Light’ published in 2021. In his own words, the first African awardee ever, Kere sums up “I am hoping to change the paradigm, push people to dream and undergo risk. It is not because you are rich, you should waste material. It is not because you are poor that you should not try to create quality. Everyone deserves quality, everyone deserves luxury, and everyone deserves comforts. We are interlinked and concerns in climate, democracy, and scarcity are concerns for us all”.

During recent decades, Indian architecture has got worldwide recognition, mostly for our formal, modern, contemporary and impressive designs. However, what the real India needs may not be met only by the highly educated, urban- based architects aspiring to claim own name and fame in the contested space of architectural visibility. This is not to forget people-centred institutions such as Costford, Hunnarshala, Nirmithi Kendras and numerous NGO’s, but to insist on the need to increasingly focus on projects for people and places.

The jury citation for the award rightly points out “Francis Kere’s entire body of work shows the power of materiality rooted in place. His buildings, for and with communities, are directly of those communities – in their making, their materials, their programmes and their unique characters. They are tied to the ground on which they sit and to the people who sit within them. They have presence without pretence and an impact shaped by grace.

The citation continues to say “He has developed a sensitive bottom-up approach in its embrace of community participation. At the same time, he has no problem incorporating the best possible type of top-down process in his devotion to advanced architectural solutions. His simultaneously local and global perspective goes well beyond aesthetics and good intentions, allowing him to integrate the traditional with the contemporary”

Francis Kere being named the 2022 Pritzker Prize Laureate by The Hyatt Foundation is an inspiration for all of us in India. And all of us need to see architecture in community and community in architecture.

(The author is an architect working on eco-friendly designs and can be contacted at varanashi@gmail.com) 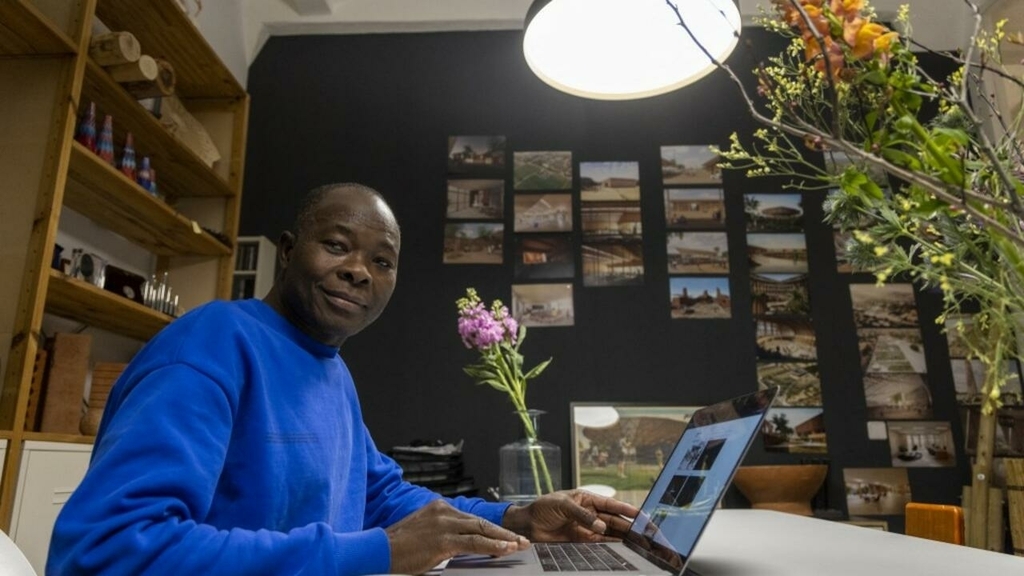 Radio France Internationale
From analysis to the latest developments in health, read the most diverse news in one place.
Burkina's 'Opera Village' by its groundbreaking architect

The Guardian - UK
One place to find news on any topic, from hundreds of sites.
The inspiring architect from Burkina Faso who lifted world's biggest prize

Diébédo Francis Kéré has become the first African and the first black person to be awarded architecture’s highest international honour,…