Renowned cook Deborah Madison: ‘I don’t want to see us go back to the 1950s’

Sustainability was the watch word on the final day of the Santa Fe Literary Festival.

Across a series of discussions at Los Poblanos, a working farm and historic inn on the edge of the Rio Grande, writers, chefs and horticultural masters shared a diverse array of ideas on how to best to protect food systems, farming and favorite recipes in the midst of the climate crisis.

In her book, Defending Beef, Hahn Niman, advocates that livestock, particularly cows, have had a bad rap and that they are neither inherently bad for the planet or human health. She argues, rather, that it’s US food production that should be overhauled into grass-fed, regenerative farms, replacing the factory farms of so-called “Big Ag”, which are known to have devastating carbon footprints, and be harmful to animals.

She told the audience that leaving the landscape undamaged, should be viewed as “the bare minimum of sustainability”.

“It’s really thinking about how do we mimic natural systems? And how do we make a food system that’s actually going to create biological vibrancy, that is based on diversity starting at the very microscopic level? I’m thinking of that in everything we do in terms of the farm,” she said.

“The modern industrial production can be of soy, corn, wheat or oats, or pigs - but it’s an industrial mindset. And it’s one that is extracting. It is not trying to generate and create cyclical life. The regenerative mindset, regardless of the scale of the operation, is all about how we make this like an ecosystem.”

Deborah Madison’s memoir An Onion in My Pocket: My Life with Vegetables intertwines her personal story with her seminole role in food movements such as Slow Food and US farmers’ markets. She questioned whether our expectations of recipes packed with global ingredients could be sustained in the face of significant environmental loss.

“In northern Italy, the river Po is drying up - which has provided us with arborio rice for making risotto. So the question comes - will we be able to get it? And how do we get it? Can we just send off to Amazon or someplace for spices and so forth? I don’t feel we can.

“On the other hand, I don’t want to see us go back to the Fifties when we had one kind of lettuce and two kinds of potatoes, that would be really dismal. I’ve always taken the attitude of planting what likes to grow - which [in the Southwest] happens to be chard, spinach, wild versions of the same like [the perennial vegetable]. But it’s changing quickly.”

Next up was Freddie Bitsoie, a chef and Native American food educator who shared his experiences growing up on Navajo Nation. His new book New Native Kitchen, celebrates his evolution as a chef and draws on his experience as lead of Mitsitam Native Foods Café at the Smithsonian’s National Museum of the American Indian.

He spoke about how the food industry can play an integral role in creating a more sustainable system, and how sustainability is inherent to many Indigenous people.

“Yet in a huge country like the United States, the food industry is so careless in how food is produced and getting rid of waste,” he said.

He used the example of food demonstrations - a bread-and-butter practice of well-known chefs - that require three sets of ingredients to show the stages of creating a dish. “I’m going to admit that I’m to blame as well,” he said.

Finally, Wes Brittenham, Los Poblanos director of horiculture, shared the encyclopediac knowledge of plants and the land at his green-finger tips. He spoke about how he is adapting farming methods amid the climate-driven, severe drought in the Southwest, and erratic weather conditions.

He responded to a question about how to encourage people who continue to insist on green, water-hungry lawns and plants in the region’s increasingly arid landscape.

“That’s really hard because I do think that we have to find moments of beauty in our life and things that we love,” he said. “And some of us are addicted to what we grew up thinking is normal.”

But he pointed to his own experience at Los Poblanos where neighbouring gardeners spraying of pesticides had killed some of the bees in the farm’s nine hives.

“So to try to understand that it’s not just your yard - everything you’re doing has an impact. Everything is interconnected.”

He pointed out that it goes beyond bees, and that using unsustainable, chemical fertilizers can have health impacts for any neighbors with sensitivities, and also kill the soil’s essential micro-organisms.

“I get a little cosmic,” he noted. “Think about the soil organisms underground - one of the largest is a fungal network in the Pacific Northwest. It looks like how the brain works with neurons and synapses - if that helps you to understand the connection between us and everything.”

Freddie Bitsoie summed up the sentiments of the day’s crowd of enthusiastic foodies.

“The way I feel about food sustainability is when the food is done - just have someone eat it,” he concluded.

The Santa Fe Literary Festival took place from 20 to 23 May, brought together world-renowned authors, thinkers, and passionate readers. High-profile authors such as George RR Martin, Margaret Atwood, John Grisham, Asma Khan, Colson Whitehead, and Emily St John Mandel, are all adding to the significant depth and breadth of the line-up.

The Independent, as the event’s international media partner, provided coverage across each day of the festival from exclusive interviews with some of the headline authors. For more on the festival visit our Santa Fe Literary Festival section or visit the festival’s website 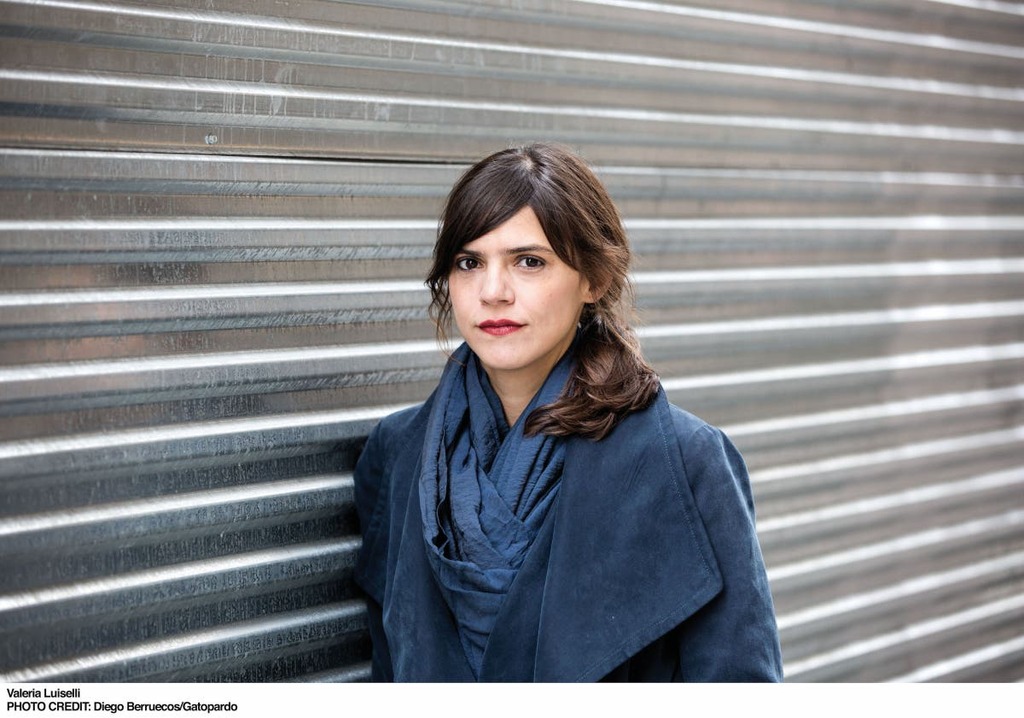 The Independent UK
One subscription that gives you access to news from hundreds of sites
How to be a bestselling author: Writing tips of Margaret Atwood, George RR Martin, Emily St John Mandel and more

‘Writing is really hard for me. I’m not being facetious; I’m not a natural writer. Every sentence in this book…

The Independent UK
Knepp estate: why the king and queen of rewilding are farming again after 20 years

Charlie Burrell and Isabella Tree were pioneers of rewilding in the UK. Now they are setting their sights on regenerative…