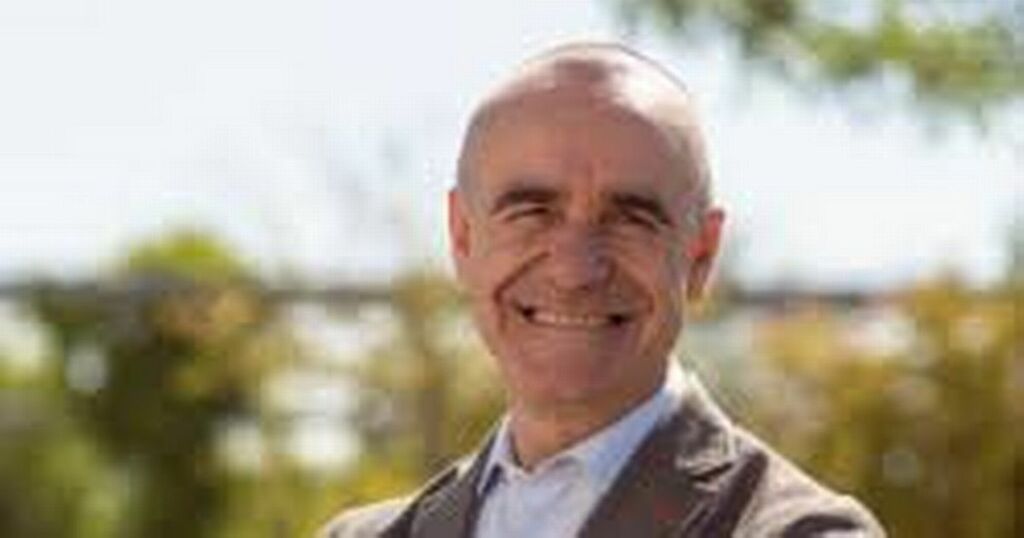 Daily Record
One subscription that gives you access to news from hundreds of sites
Rangers fans sent fresh warning as 80,000 descend on Seville for Europa League final

A teenage pilot and diehard Rangers fan will be helping to fly 56 of his fellow supporters to Seville in a private jet used by Manchester United’s ­ Cristiano Ronaldo.

Jonny Faulkner, 19, will be in the ­cockpit of the Boeing 737 VIP aircraft leaving Prestwick Airport on Wednesday bound for the Europa League final.

Jonny, from Ayr, said: “I can’t believe I’m getting to do it – this is a dream come true.

“I’ve been a Rangers fan all my life and I go to games with my grandad at Ibrox, so it is incredible to be a part of this.

“My job is flying smaller aircraft around Europe. I won’t be the pilot on this operation but I will be in the jumpseat in the cockpit.

“It is going to be the trip of a lifetime, combining two things I absolutely love – Rangers and flying.

“The only thing better I can imagine is flying the team back home with the ­trophy.”

Jonny, who landed a job as a pilot with Prestwick-based Spin Aviation after ­completing two years of training in America, added: “The phone was ringing off the hook as soon as we put a notice for the flight on social media. We could fill the plane twice over.

“I don’t have a ticket or anything but I will just go out and watch the game over there and then we are flying back the next day.”

Ronaldo, Andy Robertson and Mo Salah have all been passengers.

Charter firm Oryx Jet normally ­operates from the south of England but has joined forces with Spin Aviation to arrange the Rangers flight.

A Spin spokesman said: “Airlines are charging £1500 for an economy ticket so £500 more for a private jet including a meal, drinks and a luxury seat is a great deal.

“Jonny is a fantastic pilot and regularly runs operations across the UK and over to Spain and Switzerland.”

Fans lucky enough to have snapped up tickets will be among an estimated 100,000 expected to travel from Scotland to Seville for the match against Eintracht Frankfurt on Wednesday night.

At least another 100,000 German ­supporters will also descend on the ­Andalusian city for the fixture that could see Rangers lift its first European trophy in 50 years.

Thousands of fans have been ­scrambling for flights and hotel ­accommodation, leading to rocketing prices.

Tickets for the match were last night on sale for up to £3750 online.

Seville saw the first arrivals from

Supporters will be able to lift a replica inflatable trophy in the Plaza de Espana – deemed a “neutral fan zone” – on ­Tuesday and Wednesday.

With live music, two inflatable football pitches and a robot goalie to be challenged in penalty shootouts, it will be one of the city’s big party zones and can hold 4000 people. The sun-kissed city is already packed with tourists.

Horse-drawn carriages are a common sight and there are places to eat and drink on every corner.

Fans without tickets should be able to watch on screens at the city’s 60,000-capacity La Cartuja stadium, where Celtic contested the 2003 Uefa Cup final.

However, there have been reports of fans having issues getting tickets for this venue. Marina San Miguel Navas, Uefa licensing manager for the Royal Spanish Football Federations, said: “Two fan ­meeting points have been arranged within the city centre for mobility reasons and have been shared with the supporter liaison officers to guide fans to the ­stadium via the routes determined by police.

“All the details will be shared in a ­leaflet, which will be handed out around the area.” The 10,000 Rangers fans lucky enough to have match tickets could see Giovanni van Bronckhorst’s men lift the Ibrox club’s first European trophy in 50 years at the 43,000-capacity Ramon Sanchez Pizjuan Stadium.

Their club has strong Scottish roots, being founded on Burns Night in 1890
with Scots as captain and president.

Francisco Javier Terenti Sanchez, from the department of history at Sevilla FC, who will host the final at their stadium, has spoken of his club’s pride at being involved in the fixture.

He said: “Sevilla FC is extremely proud that a Scottish club, Rangers FC, is going to play the Uefa Europa League final at our stadium. We are tremendously proud to host Rangers FC in our home.

“A Rangers victory would be a new ­tribute to the history of our clubs, Rangers FC and Sevilla FC, and to that close relationship between Glasgow and Sevilla (Seville) through football.

“Beyond the close relationship between Scotland and the founding of Sevilla FC in 1890, we also have the clash between our club and Rangers FC in the old European Cup Winners’ Cup, which took place in 1962.

“Thanks to that historic clash, Rangers FC is one of the European clubs ­represented in the monumental mosaic of the Ramon-Sanchez Pizjuán Stadium, one of the most photographed works of art in our city.”

Daily Record
One subscription that gives you access to news from hundreds of sites
Rangers fans sent fresh warning as 80,000 descend on Seville for Europa League final