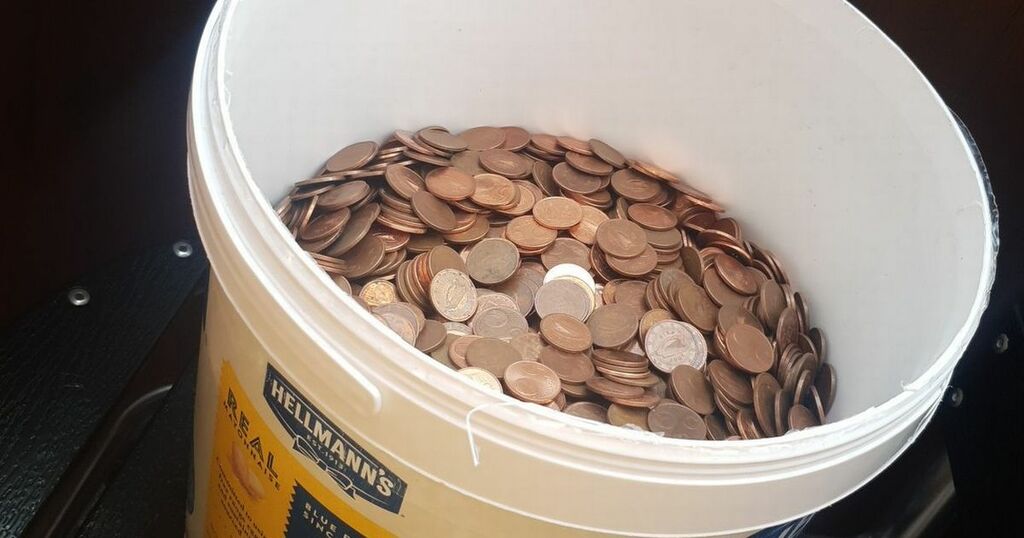 Irish social media users reacted in their thousands after a Dublin restaurant worker posted a photo online of his last pay packet.

But rather than showing a cheque or even cash, the image showed a bucket of brass coins inside a mayonnaise bucket.

Rian Keogh said on Twitter that "after chasing my last pay for weeks I finally got it but in a bucket of 5c coins".

He then posted a picture of the tub of brass coins, alongside screenshots of WhatsApp messages purporting to be from the restaurant's owner.

The messages show Rian asking on September 9 whether his payslip would be lodged into his account or whether he should come into the restaurant to pick up his money.

The recipient responds by asking if "cash next Tuesday" is OK as they didn't keep their former employee's bank details.

Rian then asks if he could be paid "as soon as possible" as he "can't go without it much longer", but that cash would be "grand".

"Like I said I'll have every cent ready for you on Tuesday," was the response.

He captioned the screenshots by writing: "Hopefully he's thrown in a few more coppers to make up for d***ing me about the last week on top of this c**p but I doubt it."

People couldn't believe what they were seeing, with some vowing to boycott the popular Dublin City eatery in response.

One person said: "There are so many good employers other there, why would you put up with this. Report, report, report to the proper authorities - not Twitter. Don’t let others have to go through the same."

A second wrote: "If that's their attitude to paying staff, I can only imagine what their attitude is to food hygiene and quality of food. Disgraceful behaviour by any employer. Best of luck with college."

A third added: "I’ve been screwed over by many an employer over the years, not as insultingly as this, so you’ve my sympathies. I’ve never gone in there and I'm not inclined to after your post."

Someone else said: "I imagine he is struggling to find staff like a lot of places around for the country. Hopefully, this post is seen far and wide so potential employees see it and avoid the place."

Another person came up with their own comeback, writing: "Think the only solution may be to convert this to 1c coins, head in and run up a massive tab for an evening before presenting 5 buckets of coins at the end. Legal on the same terms."

The Irish Mirror reached out to the restaurant for comment by phone and email but it has not yet responded.