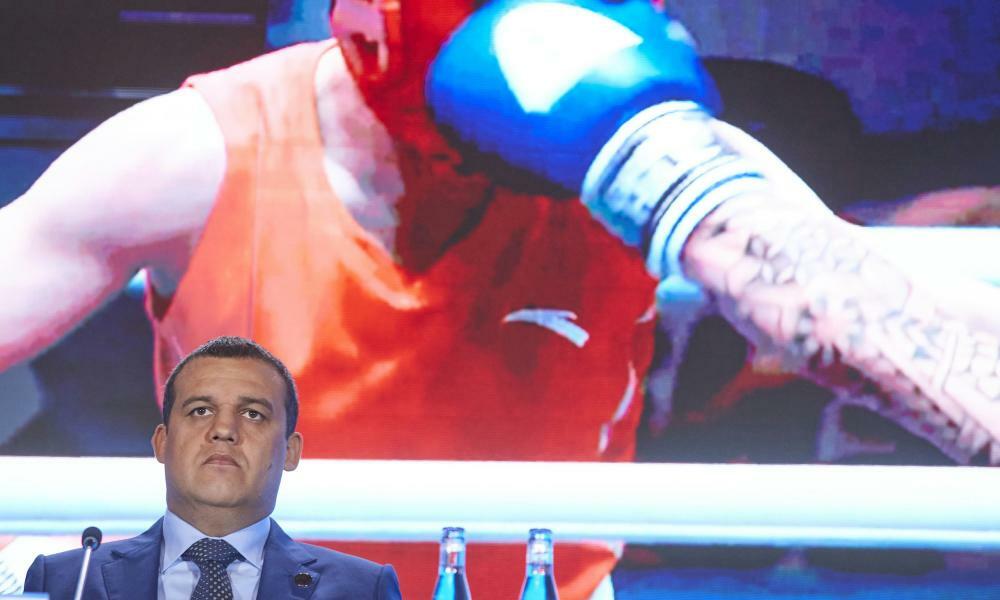 Two more Irish boxers won their opening bouts at the World Championships in Istanbul this afternoon.

The long-term future of boxing as an Olympic sport is again under the spotlight.

All three Irish boxers in action today at the World Championships in Istanbul advanced to the next round.

By Exclusive by Sean Ingle

The International Olympic Committee has warned the Russian president of amateur boxing that it still has “significant concerns” over the governance, integrity of judges and financial sustainability of the organisation he leads in a striking intervention that comes just days before he faces re-election.

The letter, sent to the International Boxing Association (Iba) president, Umar Kremlev, who has in the past thanked Vladimir Putin for his backing, also questions the sport’s readiness for the Paris 2024 qualification cycle – and reminds Kremlev that boxing is not currently in the 2028 Olympics in Los Angeles because of its problems.

The timing of the IOC’s letter, which was sent on Tuesday, is particularly noteworthy given that Kremlev’s hold on the sport is being challenged by his Dutch rival Boris van der Vorst in Istanbul on Friday.

Kremlev is regarded as the favourite, although many are increasingly uneasy at having a Russian president after the invasion of Ukraine. The fact that Gazprom, the Russian majority state-owned energy company, provides most of the sport’s finances only increases those concerns.

Last month Kremlev claimed that Iba had “built trust and confidence” with the IOC. However, an unusually punchy letter from the IOC that has been seen by the Guardian cast doubt on the assertion.

“At the outset, we must reiterate that the IOC’s recognition of the International Boxing Association remains suspended,” the letter states. “Boxing is not currently included in the sports programme of the Olympic Games Los Angeles 2028, with concerns remaining in the key areas of governance, financial sustainability and the proven integrity of the refereeing and judging systems.”

The IOC’s letter also suggests Iba has not provided clear answers about its Paris 2024 qualification plans, to the detriment of the boxers. “Without these details they face challenges in finalising their planning of finances, schedules, logistics and, most importantly, training cycles,” the letter warns.

“In addition, we would like to express our specific concern over the possible selection of events that may not provide fair eligibility criteria, and create possible discrimination.”

The IOC withdrew recognition for Iba – then called Aiba – in June 2019 because of concerns over judging and refereeing, financial stability and governance. It followed a range of allegations of rigged decisions at the Rio 2016 Olympics and financial mismanagement under the previous president, CK Wu, who stepped down despite denying the allegations.

In 2018 the Uzbek Gafur Rakhimov – who was described by the US treasury department as one of his country’s “leading criminals” and “an important person involved in the heroin trade”, allegations he denied – was chosen to run the sport.

Since being elected in 2020 Kremlev has positioned himself as a reformer and last year asked the Canadian law professor Richard McLaren to investigate historical judging and corruption cases in amateur boxing.

However, his rival in Friday’s election, Van der Vorst, told the Guardian the reforms had been superficial and boxing needed to fundamentally change if it wanted to stay as an Olympic sport.

“Boxing is still very much in danger,” he told the Guardian. “And a lot of national federations are concerned about the future. They fear that if there is no Olympic recognition for boxing, the sport will enter the dark ages. GB Boxing, for instance, has a high performance programme in Sheffield with an £11.5m budget.

“There has to be an alternative for the current Russian leadership. It is not good for the image of our sport to still have sponsorship contracts with Gazprom, a Russian state-owned company. In fact, it is very damaging.”

Van der Vorst also questioned whether the McLaren investigation had led to fundamental change. “I am not aware of anyone who has been investigated and sanctioned based on the McLaren report,” he said. “At least there have not been any public announcements.

“What I see is still the old culture, with people who shouldn’t be involved in Olympic boxing. We require a change of leadership.”

Two more Irish boxers won their opening bouts at the World Championships in Istanbul this afternoon.

The long-term future of boxing as an Olympic sport is again under the spotlight.

All three Irish boxers in action today at the World Championships in Istanbul advanced to the next round.