After 10 years of effort, medical researchers at Columbia University have developed a very fast and cheap way to detect the extra or missing chromosomes that most often cause miscarriages or severe birth defects.

The method, described last week in the New England Journal of Medicine, takes less than two hours using a palm-size device and costs $200 per use. With current testing procedures, women can end up paying $1,000 to $2,000, often out of pocket.

The technique, developed by Dr. Zev Williams, director of the Columbia University Fertility Center, and his colleagues, uses cells and tissues obtained from existing prenatal screening procedures of embryos and fetuses, or tissue obtained after miscarriages. Its key advantage is that the cells or tissue do not have to be sent to a testing lab — the analysis can be done in the same office that obtained the material, and results are ready in hours rather than days or weeks.

Williams’ results still need to be confirmed by outside studies. But if the method were widely used, it could help more women who had lost pregnancies better understand what caused their miscarriages. For women who have embryos tested during in vitro fertilization, it would also avoid lengthy waits for results. The same would be true of women who have prenatal testing of fetuses with amniocentesis or chorionic villus sampling, known as CVS. And for women in states that have restricted abortion to within the first 15 or 18 weeks of a pregnancy, it could provide a bit more lead time in deciding whether to terminate a pregnancy.

Current screening methods, sent to centralized labs, involve lengthy wait times for women. The longest delay in getting test results is for women who have had miscarriages. Those women may have to wait several weeks, because labs must first grow cells in order to have thousands to examine, said Dr. James Grifo, program director of the New York University Langone Fertility Center, who was not involved in the new study.

Dr. Mark Hornstein, director of the division of reproductive endocrinology and infertility at Brigham and Women’s Hospital in Boston, said the cultured cells sometimes died before they could be tested.

“It is very difficult to keep cells alive and not contaminated for three weeks,” Hornstein said. “Not infrequently, we get no growth. We wait three weeks, and then the lab tells us, ‘You have no cells.’”

The new test avoids these delays by using a method called nanopore sequencing, which was developed to read the sequences of very long strands of DNA but has not been used to look for chromosomal anomalies.

Williams and his colleagues modified the preparation of DNA samples to use nanopore sequencing with small DNA pieces. Each DNA segment should appear as two copies — one from each chromosome. If there are three copies, that means there is an extra chromosome; if there is one copy, that means a chromosome is missing.

Chromosome testing can provide important information for women and their doctors because extra or missing chromosomes are usually fatal to embryos. Fetuses that survive with them often have severe birth defects. The best-known example — Down syndrome — is “actually one of the mildest,” Williams said.

That can be important for in vitro fertilization. The older a woman is, the more likely that an embryo will have chromosomal abnormalities. For 30-year-old women, the risk is 25%. It is 75% in women at age 42.

Women who undergo IVF and who opt to have their embryos tested before implantation usually have to pay for the testing themselves. The embryos are frozen to preserve them while testing goes on. The woman has to wait for the next month’s menstrual cycle for implantation.

While test results using tissue from miscarriages take weeks, central labs get results from tests on embryos or fetuses in about three to five days. That is because cells from an embryo or fetus do not grow well in culture, Grifo explained, so the cells are tested sooner, but with a modest reduction in accuracy.

But the new method yields results from those same tests on embryos or fetuses on the same day, within hours.

The new test might also help alleviate a problem with prenatal testing in a handful of states that allow abortions only during the first 15 or 18 weeks of pregnancy.

Amniocentesis is usually done between 15 and 20 weeks of pregnancy and CVS between the 11th and 14th weeks. If a woman waits days for test results, it might be too late in some states to terminate her pregnancy.

Williams and his colleagues tested their method by examining 218 samples, comparing their results to those from standard tests of the same samples.

The results were identical for amniotic fluid and CVS tissues. But in one of the 52 embryos tested, the standard test found an extra chromosome 21, meaning Down syndrome, while the new test did not.

“We requested that the clinical lab retest that sample, but they didn’t have any material left to retest, so we can’t determine which result was correct,” Williams said.

The group also showed that a group of technicians could quickly learn to do the test and get accurate results.

“It’s a great start,” Grifo said. He added that he would like the accuracy of embryo testing to be 100% but said that he was confident that would happen.

Hornstein, who was also not associated with the study, cautioned that the test was not yet ready for widespread use. There need to be independent studies that confirm that its results are accurate, and there must be evidence that it is “technically easy enough that any lab can do it,” he said.

But he added that if those conditions are met, he expects the test to be adopted widely.

Williams, who has applied for a patent, said he hoped to offer the test at Columbia soon. He submitted his data to New York state for approval.

“Once it’s approved, we are ready to go,” he said. 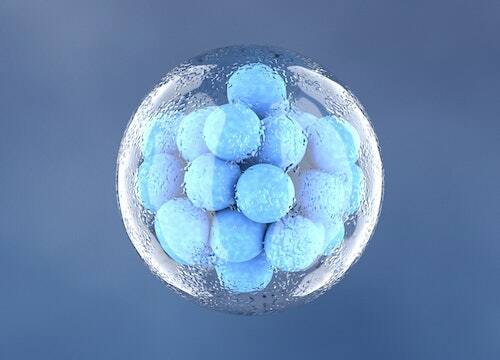 Scientists made synthetic embryos — and created an ethical dilemma
Opinion: A team of researchers created synthetic mouse embryos from stem cells that lived for 8 days in a bioreactor…

Inverse
From analysis to the latest developments in health, read the most diverse news in one place.
Mother Who Suffered Nine Miscarriages Encourages Women To Seek Treatment Abroad

"I got pregnant on the first try, I couldn’t believe it after 18 years of trying because nothing else had…

Zenger
Tasmanian tiger babies could be a reality 'within 10 years', Melbourne University team says after partnering with US firm Colossal

Sangeeta hopes her story inspires pregnant women to advocate for themselves

Dublin Live
One place to find news on any topic, from hundreds of sites.
What is listeria? A microbiologist explains the bacterium behind recent deadly food poisoning outbreaks

Bacteria do, and will, end up in food. Everyone eats – intentionally or unintentionally – millions to billions of live…