A mum is facing jail after smuggling drugs into a prison where she handed them over to her convicted murderer son.

Lyndsey Ryan, 48, failed to learn her lesson after an earlier attempt to sneak in drugs to help her other son who had been convicted of the same fatal stabbing.

Ryan, from Sunderland, Tyne and Wear, hid the five tablets inside her bra before handing them over at Full Sutton Prison which houses some of Britain's most dangerous criminals.

The court heard Ryan went into the visiting hall to see her son Jack when she seemed to become on edge and began fidgeting, reports Hull Live.

CCTV footage showed her reach into the bra area of her jacket and pull out a small package which she placed onto a tray on the table. Her son quickly grabbed the bundle and put it into his mouth.

Another member of the prison staff went over to intervene but the mum did the same thing again, pulling another package from her jacket which her son put it into his mouth again.

A third one was under the tray on the table.

The drugs were found to be Subutex, a substitute drug that helps with heroin withdrawal with a market value of £80 per tablet in prison.

Ryan, a former heroin addict, was arrested and said on her way to the police station "I won't be doing that again."

The mum told police that she had been visiting her son Jack once a month for three years and that she had received a call from him the previous week.

She explained that she told him she would bring Subutex with her on her next visit which had been given to her in a balloon the day before.

Ryan was previously handed a suspended prison sentence for smuggling drugs into prison for her other son.

The brothers Jack Ryan, then 22, and his brother, Jess Ryan, then 25, were both convicted for the murder of George Dagg in Sunderland.

Jess Ryan stabbed the 53-year-old in the back of the leg with the help of his brother following an argument where Mr Dagg turned his back on them. He suffered a catastrophic loss of blood and died in hospital a few days later.

Mr Dagg's family said: "They have ripped our whole family apart and taken away someone we love who we can never get back."

Stephen Littlewood, defending, said that Lyndsey Ryan was put under pressure by her son to smuggle the drugs into prison.

"She was being told by her own son that if she did not do this, he was at serious risk of facing harm," he said.

"She doesn't believe that her son was ever at serious risk of physical harm. At the time, she felt very vulnerable and was easily manipulated.

"She now feels much stronger. She feels in a bad place but, in her words, a million times better than where she was. She knew what the consequences are."

Ryan had come off heroin after a long addiction to it but still used cannabis, although that was reducing.

"She is actively seeking help for it," Mr Littlewood added.

"She is a very vulnerable person who was targeted by her sons making her feel that they would be harmed. Her sons are not getting out of prison any time soon."

Judge Sophie McKone told Ryan: 'You went to visit your son, who was serving a prison sentence for a very serious offence in Full Sutton.

"You took with you five Subutex tablets and, when you were visiting him, you gave them to him. You knew that it was wrong.

"You particularly knew that it was wrong because, two years before, you were given a suspended sentence for doing the same thing to another son, who was serving a sentence for the same offence.

"You must have been aware how serious your behaviour was but you did it anyway.

"In prison, they are a highly valuable commodity. They are worth £80 each. They are a very valuable item for a prisoner to have. Not only can they take drugs, they can trade drugs. It leads to the breakdown of order in prison.

"It brings misery to the prison staff who have to deal with this and misery to other inmates, who are bullied and put upon for these drugs. You may have felt vulnerable to requests from your son but you did something that you knew was wrong because you knew from your previous offence how wrong it was."

Ryan was jailed for six months.

"This offending is just too serious for it to be suspended and it will have to be immediate," Ms McKone added. 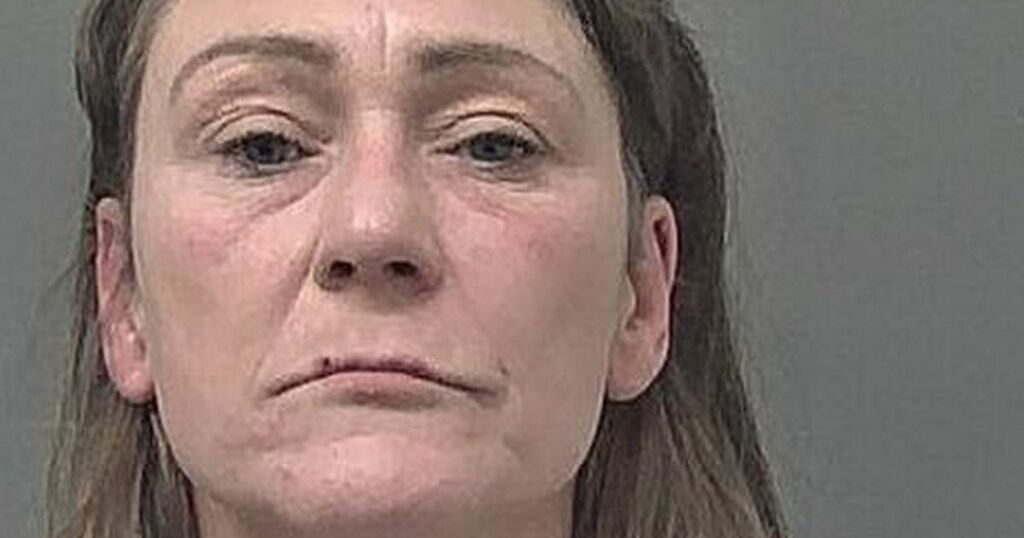 Mum who hid drugs in bra to give to murderer son in prison has been jailed
Lyndsey Ryan was caught trying to hand over drugs to her son Jack Ryan, who is serving time behind bars…