Like any good sitcom, She-Hulk: Attorney at Law has its A plot and its B plot. In Episode 6, Jen stops everything to attend a high school friend’s wedding. “If you think this is happening at an inconvenient time, you’re right. ’Cause that’s how weddings always are,” she says in the episode’s only direct address to the audience.

But the B plot, following Mallory and Nikki as they work a complex divorce case, is just as interesting thanks to a new character who’s unlike any we’ve seen before — and who happens to be an Avenger himself.

Mallory and Nikki are representing Craig Hollis, though he insists on being called Mr. Immortal. Mr. Immortal, aptly, cannot be killed, and instead of using his power to save the world, he’s used it to fake his death to avoid the awkwardness of breaking up with several spouses.

Craig Hollis is actually a long-time Marvel Comics character, though, like in She-Hulk, he was always given the B plot. You’ve heard of the Avengers, of course, and maybe the West Coast Avengers. But Mr. Immortal belongs to a more obscure group: The Great Lakes Avengers. Based in beautiful Milwaukee, the team wasn’t exactly on the same level as the other Avengers. Along with Mr. Immortal, the team featured Big Bertha, Flatman, Leather Boy, Doorman, and Dinah Soar. Later, the team would pick up Squirrel Girl and Good Boy. They weren’t the most serious team.

Despite operating for many years, the Great Lakes Avengers weren’t able to gain the notoriety they hoped for, although they were called in as backup for any threat that happened to be in the Midwest. Still, they did their part, and Captain America let them use the Avengers name. Naming actually turned out to be their biggest issue; when the Thunderbolts were big, they decided to go by “The Lightning Rods” instead.

After the Thunderbolts were defeated they went back to the Avengers name but caught a cease and desist from the Maria Stark Foundation, forcing them to rebrand. Thankfully, that news came at the same time as a discovery by Hollis. Conveniently, it turned out that he and the rest of the Great Lakes Avengers were all mutants, and thus the Great Lakes X-Men were born.

As his status as an Avenger turned X-Men implies, the comic book incarnation of Craig Hollis is actually interested in fighting crime. In a rather dark origin story, several tragedies led a young Hollis to attempt suicide, only to discover that he was invincible. Whenever he’s “killed” he begins to regenerate, somewhat akin to Wolverine. He’s inspired to create the Great Lakes Avengers after stopping a bank robbery, he and Dinah Soar eventually become lovers, and at one point he saves the entire universe. More recently, he buried himself alive so he could kick a drinking problem. He’s a complicated man.

The Great Lakes Avengers were always kind of a joke in Marvel Comics, but Craig’s inclusion in She-Hulk still counts as an appearance by a mutant in the MCU, which is a big deal considering we’re still awaiting the official introduction of the X-Men into the main Marvel Universe. Could we see the rest of his team get their own Disney+ sitcom in the future? Or will they keep with tradition and be the B-team for the entirety of the Marvel Cinematic Universe? 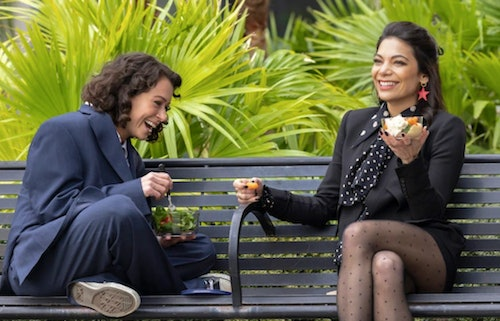 'She-Hulk' Episode 6 release date, time, plot, and cast for the Marvel show
Daredevil never appeared, but his new golden helmet made a quick cameo. Will we finally see the character in 'She-Hulk'…

In its full embrace of the easygoing sitcom format, 'She-Hulk' raises the question: Who else in the MCU is allowed…

Who is behind Intelligencia in 'She-Hulk' Episode 6? The answer could be way more important than you think.

Inverse
One subscription that gives you access to news from hundreds of sites
Is it time to put Sony’s Spider-Man Universe out of its misery?

Sony still holds rights to the Marvel characters connected to Spider-Man in the comics, but there is little sign it…