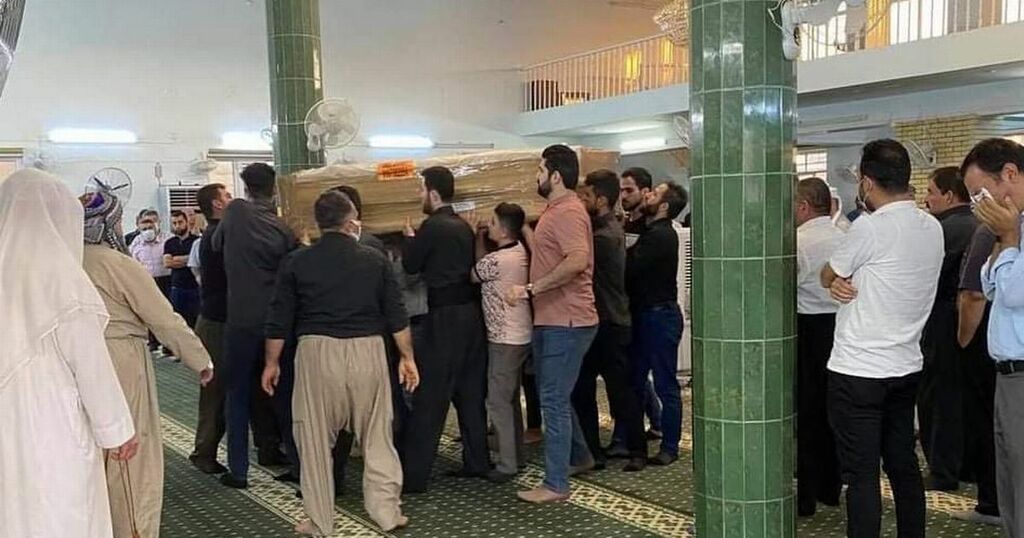 Mourners cried "uncontrollably" as the tragic young family who died in the horror M6 crash were laid to rest.

The bodies of Karzan Sabah, 36, his wife Shahen Qasm, 31, and their eight-month-old baby Lena were buried on Sunday after a ceremony near Erbil city in the Iraqi region of Kurdistan.

The three died on Thursday, August 19 as they were hit head-on by a motorist driving the wrong way outside Ballinasloe in Galway.

Philip Phelan of the Kurdish Irish Society has been in contact with Karzan's brother Barzan who told him of the sad scenes at the ceremony.

He told the Irish Mirror: "The report sent to me by Barzan states that adults were crying uncontrollably and the amount of grief was unbelievable after this terrible tragedy which happened outside Galway."

The repatriation of the bodies saw them flown from Dublin to London before being brought to Erbil city in Kurdistan.

The remains were in two coffins, one with dad Karzan and the other with his wife Shahen and baby Lena.

Mr Phelan added: "There were harrowing scenes from the arrival of the three bodies to the burial."

They were then brought to a mosque Bahirka, Erbil and pictures show the coffins being carried before the burial took place in the cemetery in Erbil.

There, the rites and prayers were said by the local Imam, who Mr Phelan was told, "who was in tears."

Over €100,000 was raised by the public to help with the repatriation of the bodies.

Speaking to us last month, Karzan's devastated sister Srwa said: "Thank you to all the people. We are so proud of Irish people, of all the people around the world, that's very kind of them."

Karzan emigrated to Plymouth in 2011 from his native Kurdishtan and studied a masters in research.

He and Shahen then came to Galway six years later on a student visa to attend NUIG in the faculty of Agriculture.

After four years studying he gained his PhD.

He had just secured a job to lecture in Carlow and he and his family were viewing a home to rent there on the day tragedy struck.

"She was born there and we were eager to see her."

Describing her brother, proud Srwa said: "Karzan was a very kind person. I cannot describe him in words.

"If you met him for the first time and asked him to do things for you, he will ignore everything to help you.

"He was very smart, always helping the people who needed him, especially in study to inspire people, motivate them."

Although he was enjoying life here, he wanted to return back home one day.

Srwa added: "His aim was to come back to Kurdistan and build a life here again."